Elephants have stripped two wildlife parks in Swaziland of nearly all vegetation, destroying habitat for rhinos, vultures and other native animals.

The Dallas Zoo is proud to partner with two other accredited zoos and conservation officials in Swaziland, Africa, to provide needed new homes to 18 elephants.

The elephants are destroying the landscape in two privately managed government parks in the small country, which is about the size of New Jersey. Due to that destruction and because Swazi wildlife officials are focusing on saving the more critically endangered rhino, the elephants will be moved or killed.

Dallas Zoo, Omaha’s Henry Doorly Zoo and Aquarium and Wichita’s Sedgwick County Zoo have applied for permits to bring the elephants to the United States. If the U.S. Fish & Wildlife Service and Swaziland wildlife authorities approve the permits, the elephants can be relocated.

Omaha and Wichita are currently building expansive new habitats, similar to our award-winning Giants of the Savanna. All exceed Association of Zoos and Aquariums (AZA) standards and are designed to meet the needs of large, social elephant herds.

In the Swazi parks, managed by the nonprofit Big Game Parks Trust, the elephants are destroying ancient trees and brush as 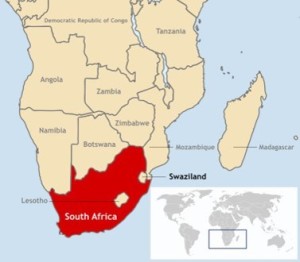 they eat their way across the plains. The elephants consume sparse vegetation faster than it can naturally regenerate, throwing resources out of balance and seriously affecting other mammal and bird species.

Relocating the elephants elsewhere in the region is unrealistic due to issues related to excessive poaching, loss of habitat and elephant-human conflicts.

Swaziland also is currently experiencing its worst drought in nearly 20 years, and the nonprofit Big Game Parks Trust is having to truck in hay from South Africa to feed the elephants daily.

Black rhinos are considered at great risk of extinction.

The zoos plan to provide ongoing support for Swaziland’s rhino conservation program, which could significantly contribute to the survival of rhinos in Africa.

While the parks can no longer support large elephant herds, they are ideal for a significant rhino conservation effort. (See www.roomforrhinos.org for more info.) Once the most abundant of all rhino species, critically endangered black rhinos are at great risk of extinction due to poaching for their horns. Rhinos need protected habitats, and both are expected to thrive in the Swazi parks because they do not outstrip the land.

“Some people would rather see these elephants die than live in an accredited zoo. We strongly disagree with that opinion,” said Gregg Hudson, Dallas Zoo’s president/CEO. “As animal caretakers and conservationists, we care about animal populations as a whole just as much as an individual animal. We can provide these elephants a safe future while making an enormous impact on rhino conservation in Africa.”

Park rangers have to provide elephants with water during Swaziland’s record drought.

The import applications are for 15 female and 3 male elephants, which could arrive in the U.S. later this year if the permits are approved. Each zoo would accept six elephants. While the transfer helps Swaziland protect its habitats and provides an alternative to culling the elephants, it also will significantly contribute to the elephant population in North America. The elephants range in age from an estimated 6 to 25 years, and represent the Dallas Zoo’s long-term commitment elephants, from providing the best husbandry care to ensuring that multi-generational social herds will continue to teach and inspire for many years.

This portion of the park, where no elephants live, shows how abundant vegetation is without elephant impact.

All three zoos offer innovative exhibits that provide elephants with choices that help ensure their physical, mental and social wellbeing. That approach is informed by the latest scientific research about elephant welfare, including a landmark 2013 study that assessed the health of elephants at accredited U.S. zoos and identified opportunities to improve welfare for elephants in professional care. Such studies have greatly influenced new habitat construction for elephants, including our Giants of the Savanna, is the only habitat in the U.S. to combine African elephants with zebras, giraffes, impalas, ostriches and guinea fowl, as they are in Africa.

We are proud to be a part of a solution for Swaziland’s dedicated conservation officials as they make difficult decisions about the welfare of their wildlife and wild places.

All three zoos are deeply committed to maintaining elephants in social herds. Our animals are managed using only positive reinforcement; with “restricted contact,” in which staff and elephants are separated by a barrier; and with professional veterinary and keeper staff experienced in elephant care. 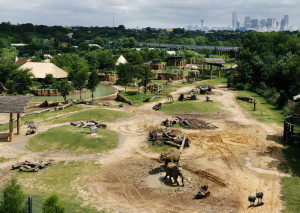 Our one-of-a-kind Giants of the Savanna habitat is the only one in the nation where elephants mingle alongside giraffes, zebras, ostriches, impalas and guineafowl, as they do in Africa.

Elephants have successfully transferred to accredited U.S. zoos in the past. In 2003, 11 elephants arrived from Swaziland and joined African elephants already at two zoos. Today, those elephants are thriving. Each female has successfully delivered at least one calf, and all but one bull has sired, resulting in 14 births.

For more information, go to www.roomforrhinos.org

One thought on “Dallas Zoo hopes to relocate elephants, make room for rhinos in Africa”