Masterpieces from the Animal Kingdom

Some of Texas’s most innovative artists aren’t just painting with their hands, but with their feet, trunks and beaks. Awe-inspiring masterpieces from Dallas Zoo residents are being displayed permanently at Grapevine Mills starting this weekend, with the grand reveal happening at 2 p.m. on Saturday, Dec. 5, in the corridor near Santa’s Winter Wonderland.

Our Animal Adventures team will make a special appearance from 2-3 p.m., too.

The Zoo’s art program is one of the many ways we offer stimulating enrichment activities for our residents. It lets animals experience new and changing elements in their environment, helping them remain healthy and mentally engaged.

The creation process varies depending on the animal. Cockatoos are taught to hold a paintbrush in their beaks, then give it back to the keeper in exchange for food. Over time, the keeper adds non-toxic paint to the brush and introduces the canvases into the habitat, at which point the animals learn to paint. A lot of animals use their body parts to paint, including red river hogs who use their snouts! Animals like ball pythons or penguins, slither or walk on the non-toxic paint, then waddle or slide across the canvas, leaving beautiful scale-prints and footprints.

Want a piece of an animal art for yourself? Stop by our Zoofari Market gift shop to purchase a magnet and 100% of the profits will go directly toward enriching the lives of our residents.

For a sneak peek at the exhibit, check out photos of some paintings and excerpts from the animal bios: 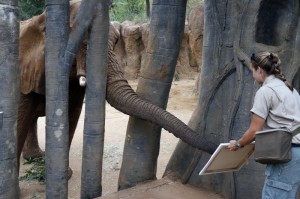 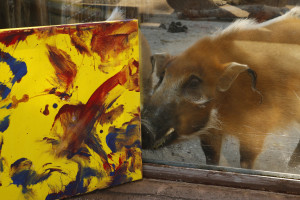 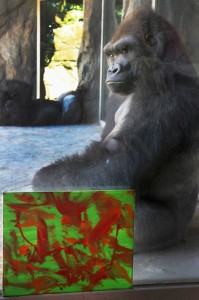 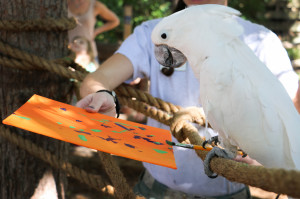 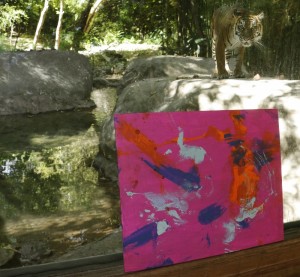 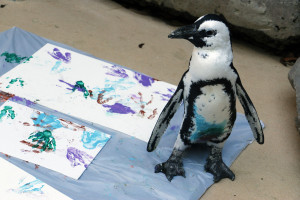 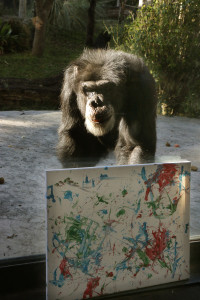 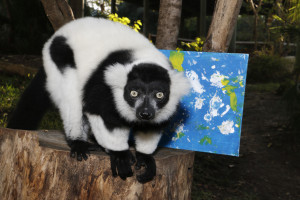 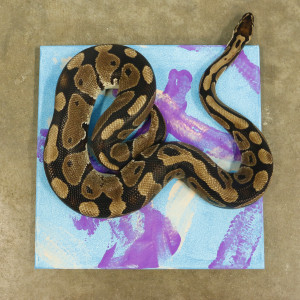 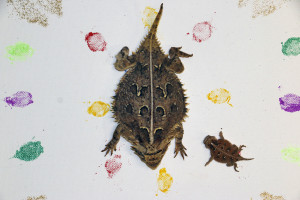