Relationship goals of the animal kingdom

We suggest you take some notes this Valentine’s Day from these animal couples who totally win at relationships.

Guapo & Bonita: Let’s talk about commitment – king vultures Guapo and Bonita have been together for more than 23 steamy years and have raised five chicks together. This seasoned couple, both with big personalities, are proudly dubbed “expert parents.” They know exactly what to do when it comes to their chicks and share rearing duties equally. (See their newest chick hatched last summer HERE!) 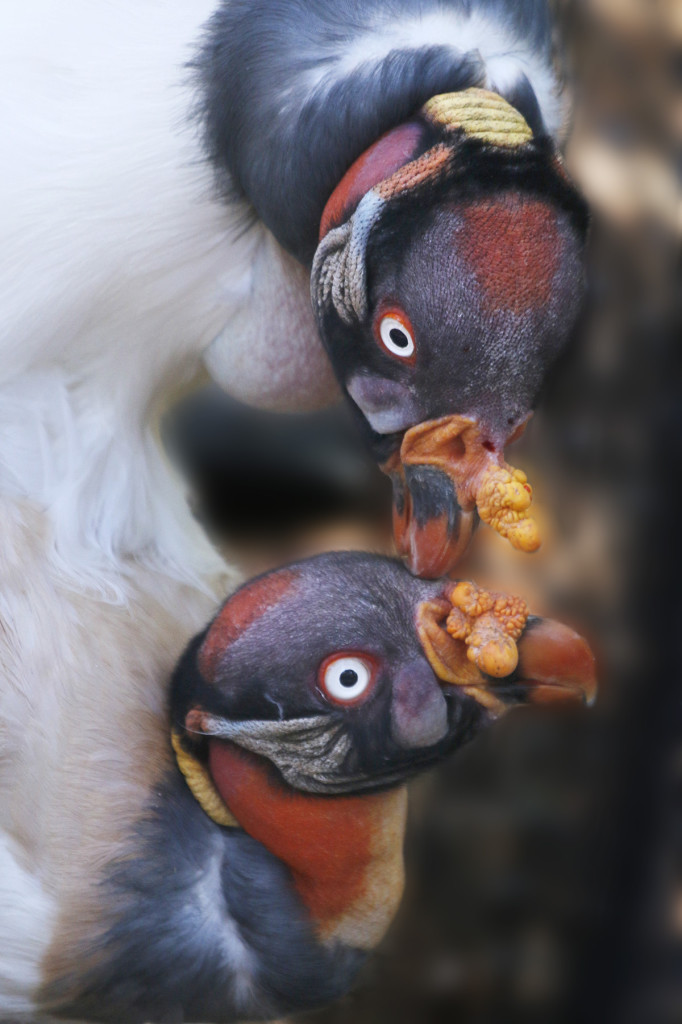 Kamau & Lina: If Kamau was a bachelor, everyone would chase this 426-pound hunk after learning how great he is with his love, Lina. The heart certainly wants what it can’t always have, and when Kamau misses Lina, he’ll call out for her repeatedly with a soft roar. Their days usually consist of Lina stealing food from her man, and Kamau selflessly allowing her to get away with it, which we find incredibly endearing. Then it’s up to Lina to casually pick the spot where they’ll sunbathe for the next few hours. Kamau trails close behind, waiting to plop down near her. And after a few cheek rubs against each other, catnaps commence. 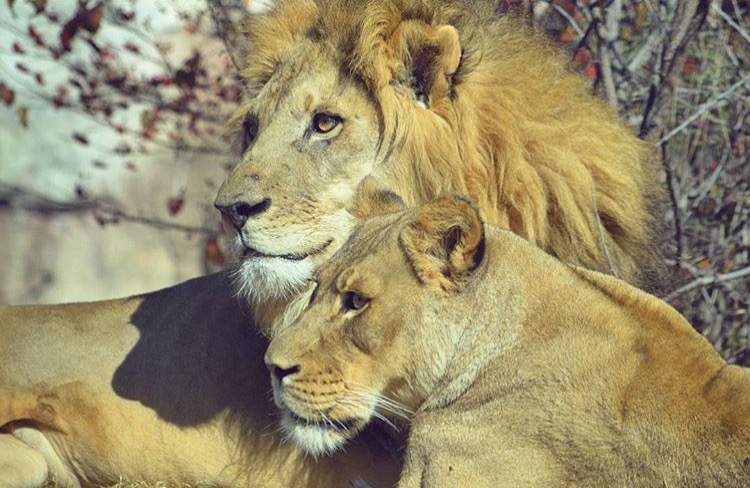 Tonks & Monty: Addax Tonks is head over heels for her new guy, Monty. Some may consider her a “stage 5 clinger” as she hopelessly follows Monty around, but we think she’s just a downright flirt. Tonks loves engaging Monty in a playful spar, and he always obliges. Head-to-head with their 2-foot-long spiral horns, Monty gently pushes back, but never hard enough to hurt her. 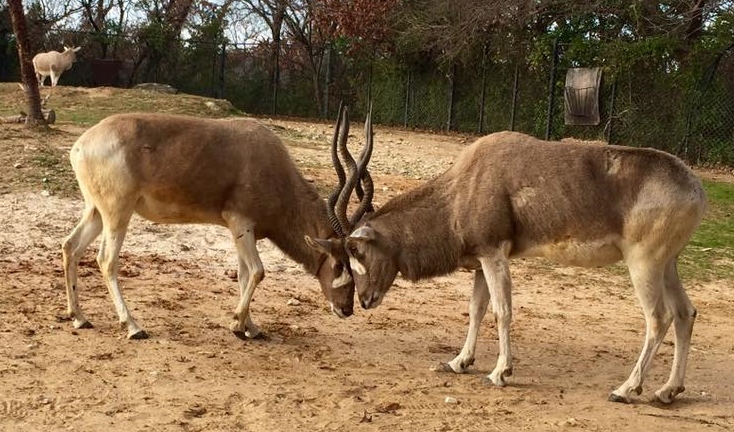 Pierre & Gigi: Calling it like it is – Gigi is queen bee in this collared brown lemur relationship. But Pierre, being the cool guy that he is, has no qualms about it. Together, he and his gal rule the lemur habitat. Well, the massive oak tree in the center of the exhibit, that is. (Photo evidence below.) This tree is their domain, their absolute favorite place to cuddle up in a “lemur ball.” And although Gigi can freely steal food from the other six male lemurs whenever she desires, she’ll never steal from her guy. 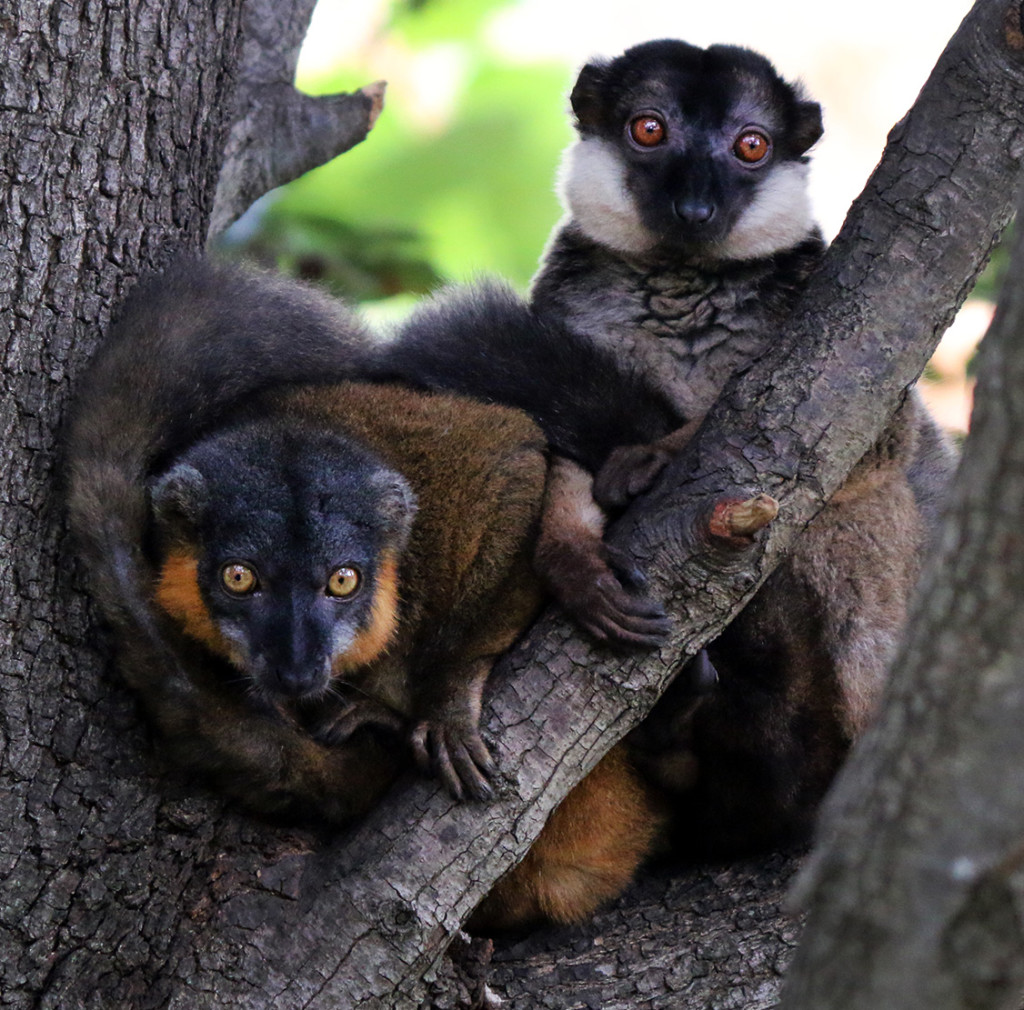 Jimi & Tullah: Giant anteater Tullah may be a little older than her dude Jimi, but she puts up with his immature antics like a classy broad. Together since last summer, Tullah runs the show, and Jimi’s just here for the free avocado, midday swims, and summer hose spray-downs with his leading lady. (This may be one reason why Jimi is so smitten with Tullah – the gal knows how to put on a show in the pool! WATCH!)

Janna & Karin: Here’s a story of companionship that’s worth sharing. Caracal sisters Janna and Karin have been by each other’s side every day for the past 15 years. Although caracals are naturally solitary creatures, Janna and Karin are extremely bonded and thrive together. For these sisters, mealtime equals playtime. They have a ball tossing their food high up in the air over and over again until it’s finally time to dig in. And almost every night, the two cozy up in a single nest box and doze off. (Note: They have two nest boxes.) 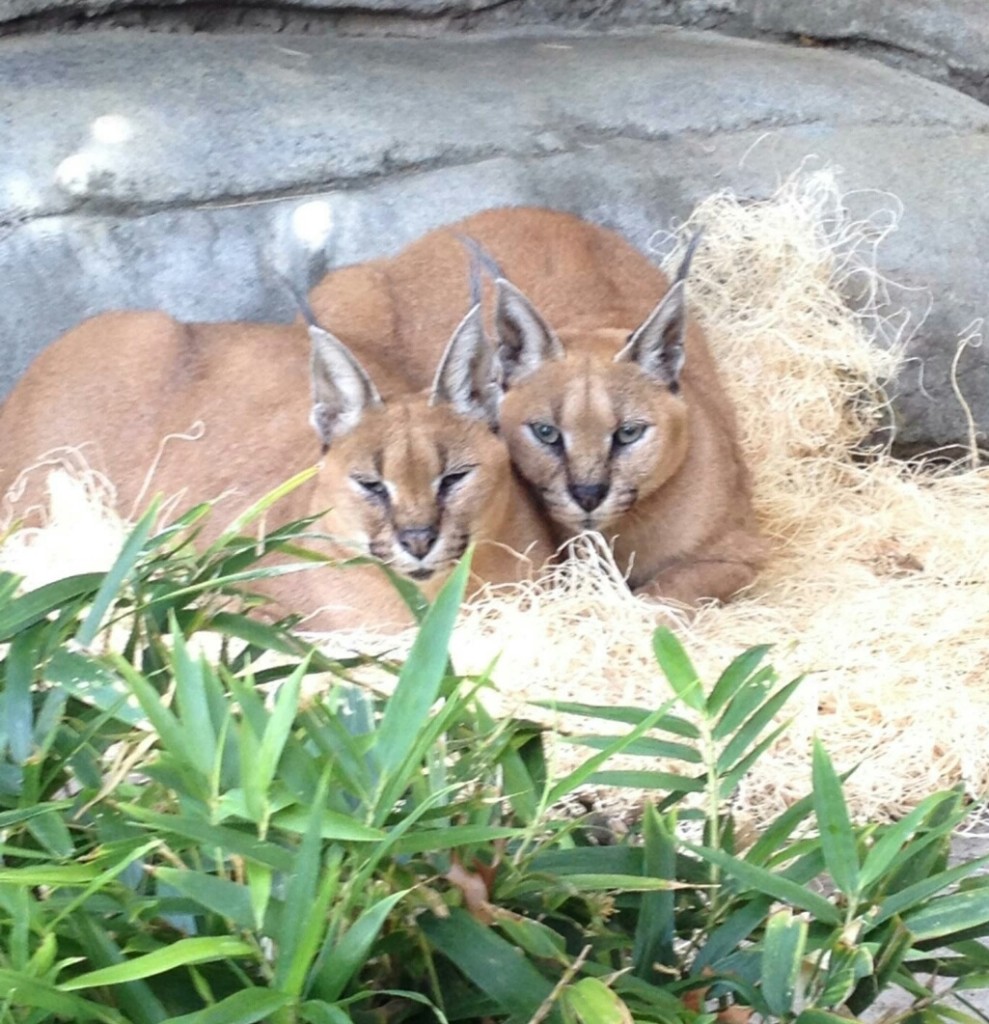 *See Tonks and Monty, and Janna and Karin in the arid and predator exhibits off the monorail when it reopens this spring.

2 thoughts on “Relationship goals of the animal kingdom”