Elephants on their way to safe haven in U.S. 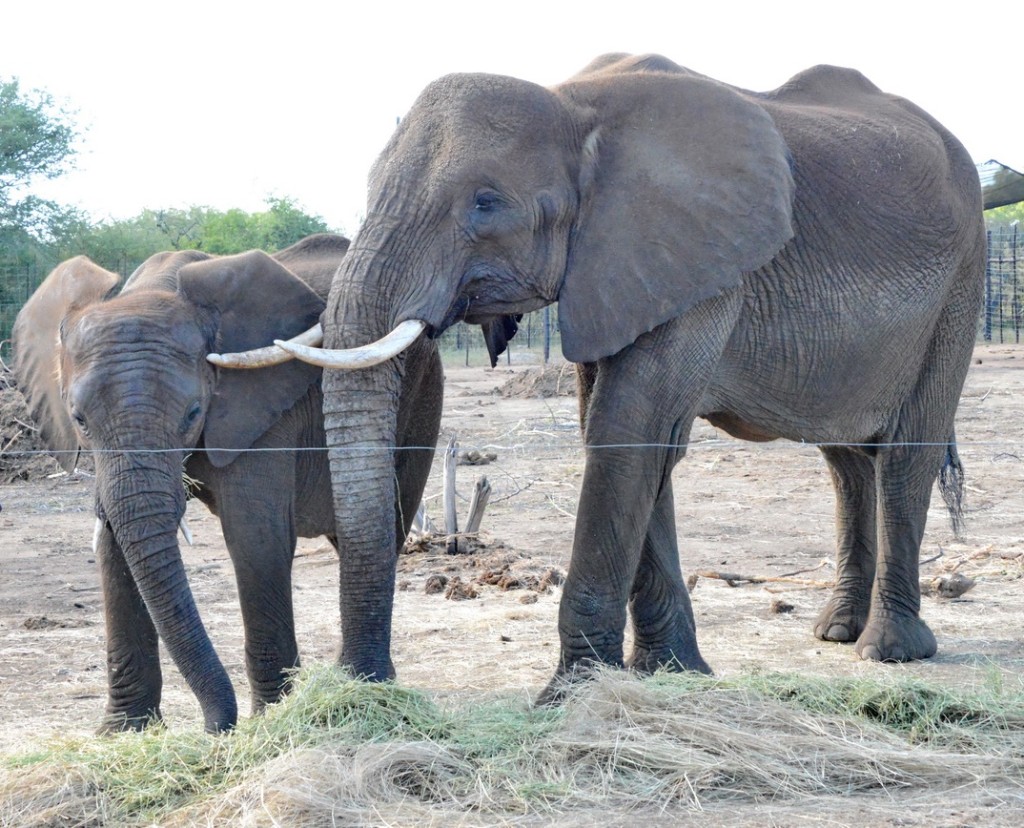 Two of the 17 elephants now en route to safe haven in the U.S. from drought-stricken Swaziland.

Seventeen African elephants are en route from drought-stricken Swaziland to the U.S.  as part of an ongoing rescue mission to provide a safe haven at our Zoo, Omaha’s Henry Doorly Zoo and Aquarium, and Wichita’s Sedgwick County Zoo.

This is an extremely complex logistical process which is being undertaken with the greatest of care and attention to detail. No aspect of this process has been rushed, and we are outraged at outlandish claims by extremists that these elephants were moved suddenly in order to circumvent an ongoing lawsuit.

Nothing could be further from the truth. There was no subterfuge to this process. It has been carefully planned for months since the U.S. Fish and Wildlife Service issued the permit to move these animals. The intricacy of such a move has required coordination with multiple governmental agencies, who were kept apprised of plans along the way.

To be clear, nothing in the filing of a preliminary injunction by an activist group prohibited the relocation of these animals from progressing. A federal court conducted a hearing Tuesday and weighed arguments from both sides. The court then ruled in our favor, allowing us to proceed with bringing the elephants to their new homes. The activists had their day in court, and lost.

“We’ve worked with Swaziland wildlife authorities for several years on this assistance project,​ but it escalated in seriousness due to the devastating drought,” said Gregg Hudson, Dallas Zoo president and CEO. “This became an emergency rescue and we had to move quickly. Activists tried to delay the transport of these elephants, and we were not going to stand by and let that happen. The well-being of these elephants is more important to us than anything.”

These activists have tried to mislead the public and media with false information and attacked our zoos and supporters. The fact is they would rather see these elephants dead than moved to safe homes in the U.S. We strongly disagree with that position, and did everything possible to save these animals. We also support ongoing conservation efforts in Swaziland to bolster the population of critically endangered rhinos.

For the continued safety and security of the animals and the team of wildlife experts who are caring for them during this process, details about the relocation won’t be made public until the transfer is complete and they are secure in their new homes.

Our first and foremost concern has always been the well-being of these elephants. Delays of any sort do not serve them, something we’ve seen firsthand as we worked feverishly on the logistics of this transfer. For example, unfortunately, one of the elephants was lost in December, resulting in only 17 animals being moved. The death resulted from an acute gastrointestinal medical condition, which was impossible to treat. The zoos recognized it was their duty to act promptly on behalf of the remaining 17 elephants, by relocating them quickly so they could receive the veterinary care the zoos can provide.

This great urgency stems from the deteriorating situation in Swaziland. The country is in a state of disaster, with United Nations assistance being provided to 200,000 people. And tens of thousands of animals are dying from drought and lack of food.

We stand proud of our actions to save these elephants from certain death and provide them a healthy future. We are resolute in our commitment to Swaziland’s conservation efforts, and are continuing to contribute funds for food being trucked in for the animals living in the national parks that desperately need it. We have a long-term commitment to the conservation of elephants and critically endangered rhinos in Africa that are facing extreme threats to their survival from poaching, drought, loss of habitat and human conflict.

For truthful information about this relocation project and the drought conditions in Swaziland, please visit: www.RoomForRhinos.org

9 thoughts on “Elephants on their way to safe haven in U.S.”