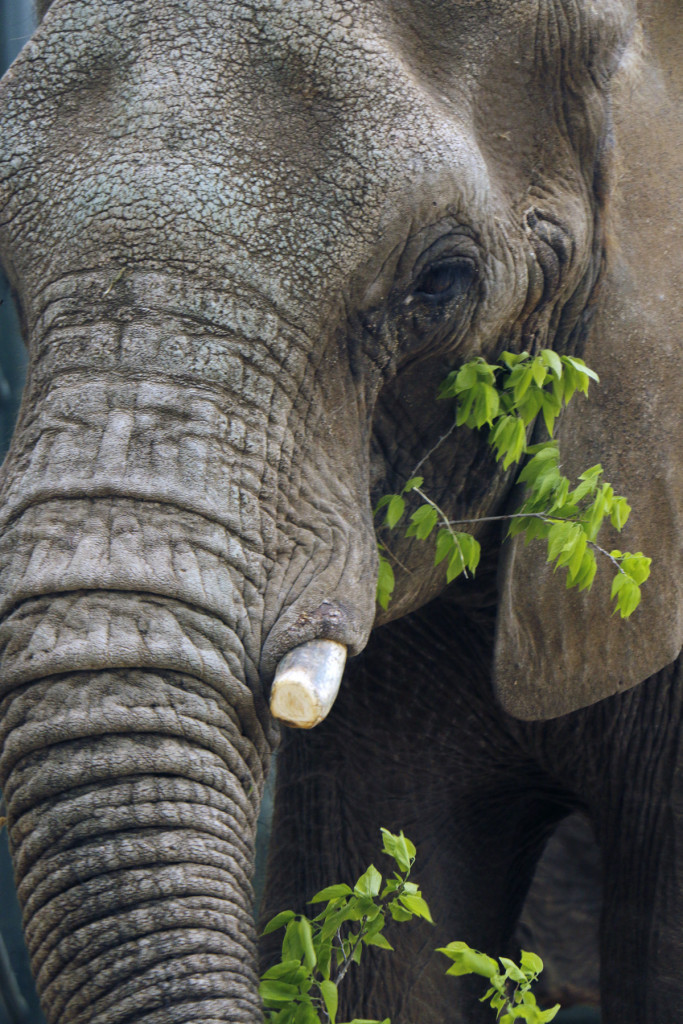 A close-up of mother Nolwazi enjoying some browse.

Our experts have been busy round-the-clock caring for the five elephants we rescued from drought-ravaged Swaziland. We’re happy to report that the new arrivals are doing well!

They’re loving their much better diet. With food and hay affected by the drought, they arrived underweight. But in the past three weeks, all have gained weight, with several putting on more than 100 pounds.

And they’re already bonding with our keepers. Because we use only protected contact and free choice – we don’t force the animals to do anything they don’t want to do – these relationships are very important. Names are critical; elephants definitely respond when they hear them. The keepers chose names that honor the elephants’ African heritage.

So please let us introduce:

The group remains together under a USDA quarantine, which we expect to be lifted shortly. But don’t count on seeing them all in the Giants of the Savanna soon; we’ll move slowly to give them time to adjust to the new habitats and be introduced to our four “Golden Girls.”

This remarkable rescue was a long, complex process, made even more difficult by the spreading of misinformation. But because of your continued support, these five remarkable creatures are alive and thriving, and we’re proud of that. Thank you!