National Zookeeper Week: Why we love our careers 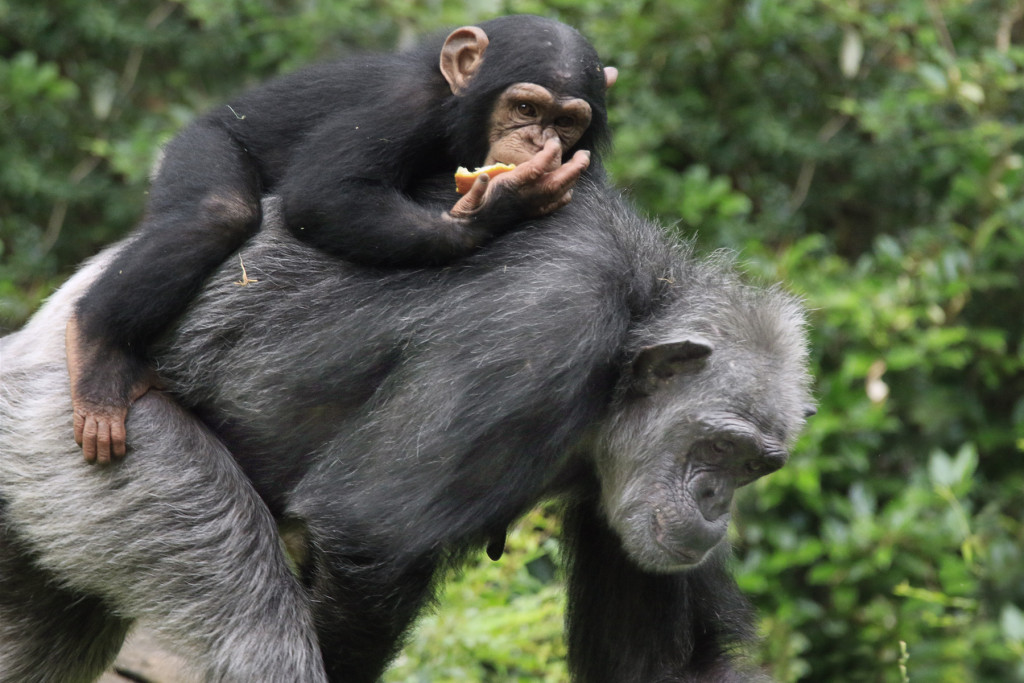 Working with animals in zoos is not nearly as glamorous as you might think. Our days are not filled with baby animals crawling all over us; instead a lot of our time is actually spent cleaning up after them, among other not-so-clean tasks.

Something visitors may not know is how zookeepers develop very special relationships with the animals we work with. Our primates have amazing and unique personalities, making every day I work here different than the one before.

Some of our chimps are very playful with us and it doesn’t involve any physical contact. As a protected contact, AZA-accredited zoo, we don’t share the same space with some of our animals, including great apes.

In the mornings, our 26-year-old male chimp, Mookie, loves to engage us in a play session. He’ll look at me, bob his head up and down while bouncing his body, and he’ll run fast through his indoor rooms. I’ll chase him from the hallway and when he gets to the end, he’ll turn around and run the opposite direction. 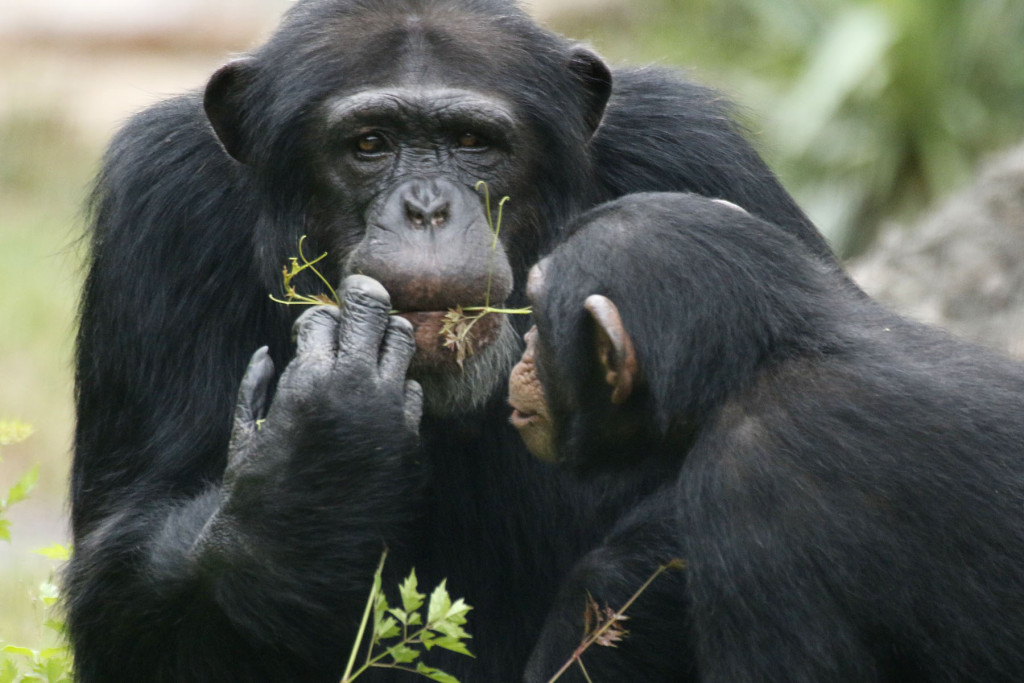 Chimp Mookie is known for his playful antics with keepers.

Mookie will do this many times, then stop, signaling play time is over. Or I’ll just get tired and can’t do it any longer!

With 7-year-old chimp Kona, it’s a little different. I’ll start running along the hallway and he might decide to join in the fun. Even little Mshindi has started to catch on.

These animals are truly special to the people who work with them day in and day out. If they get sick, we worry. If we go on vacation, we miss them. When they move to another zoo, we are sent with them for a few days to help them adjust, and minimize stress after the move.

When keepers leave the zoo, it is certainly not the end of caring and wanting to know more about our animals’ lives. We’ll email their new keepers and ask for updates and pictures. Keepers and volunteers will even arrange personal trips to go see an animal at their new home. And you can bet they’re both happy to see each other.

A lot is said about an elephant’s memory, but don’t underestimate a primate’s. They can act very excited when a retired keeper comes to see them, or even someone they haven’t seen in a while. They’ll greet their old human friends with happy vocalizations; they’ll try to reach for them and sometimes won’t leave until the person is gone.

When chimps are happy they might show it in different ways, such as opening their mouths really big, making panting vocalizations, and bobbing their heads. 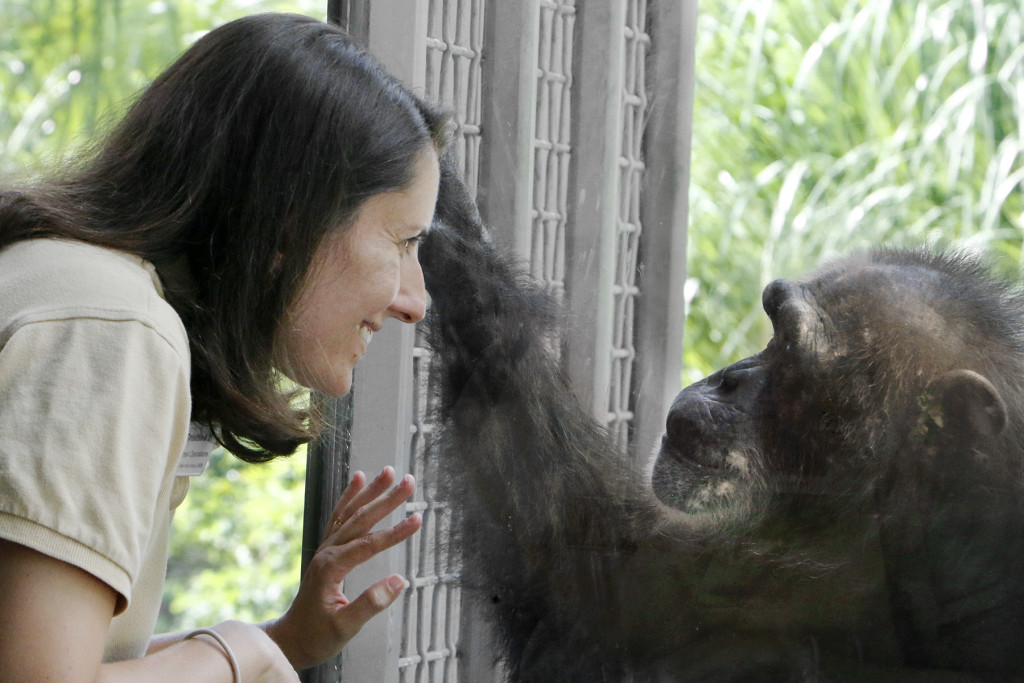 Being a zookeeper means sometimes we spend even more time around our animals and co-workers than our own families. During ice and snow storms, when the whole city (including the Zoo!) is shut down for business, we still have to spend many hours driving so we can get here to feed and clean their living quarters. If there’s still snow on the ground the next day, we do it all over again.

Same for holidays. Even though the zoo is closed to the public on Christmas Day, our animals still need to be cared for just the same. So we make sure to have enough staff around to get the job done.

Although not a common occurrence, if severe illness strikes in our animals, or one is still recovering from anesthesia or new situations arise, you bet we will be here overnight, taking turns keeping a watchful eye over them.

Unfortunately, there comes a time when we have to say goodbye forever. The death of a beloved animal is very hard on us. If time allows, the keepers at home on their days off are called in to say their final goodbye. Tears flow freely. Calls are made and texts are sent to the ones who no longer work at the zoo.

People from other departments, volunteers, old co-workers might send cards, emails, flowers, food – they know we are grieving. We miss them, we remember them, and we bring them up in conversations often. Even new keepers get to know so much about them, because we can’t stop talking about how special they were for years and years to come.

I hope this gives a small glimpse of how special these animals are to us. This is dedicated to all zookeepers and their endless love for animals. Happy National Zookeeper Week, friends.

3 thoughts on “National Zookeeper Week: Why we love our careers”