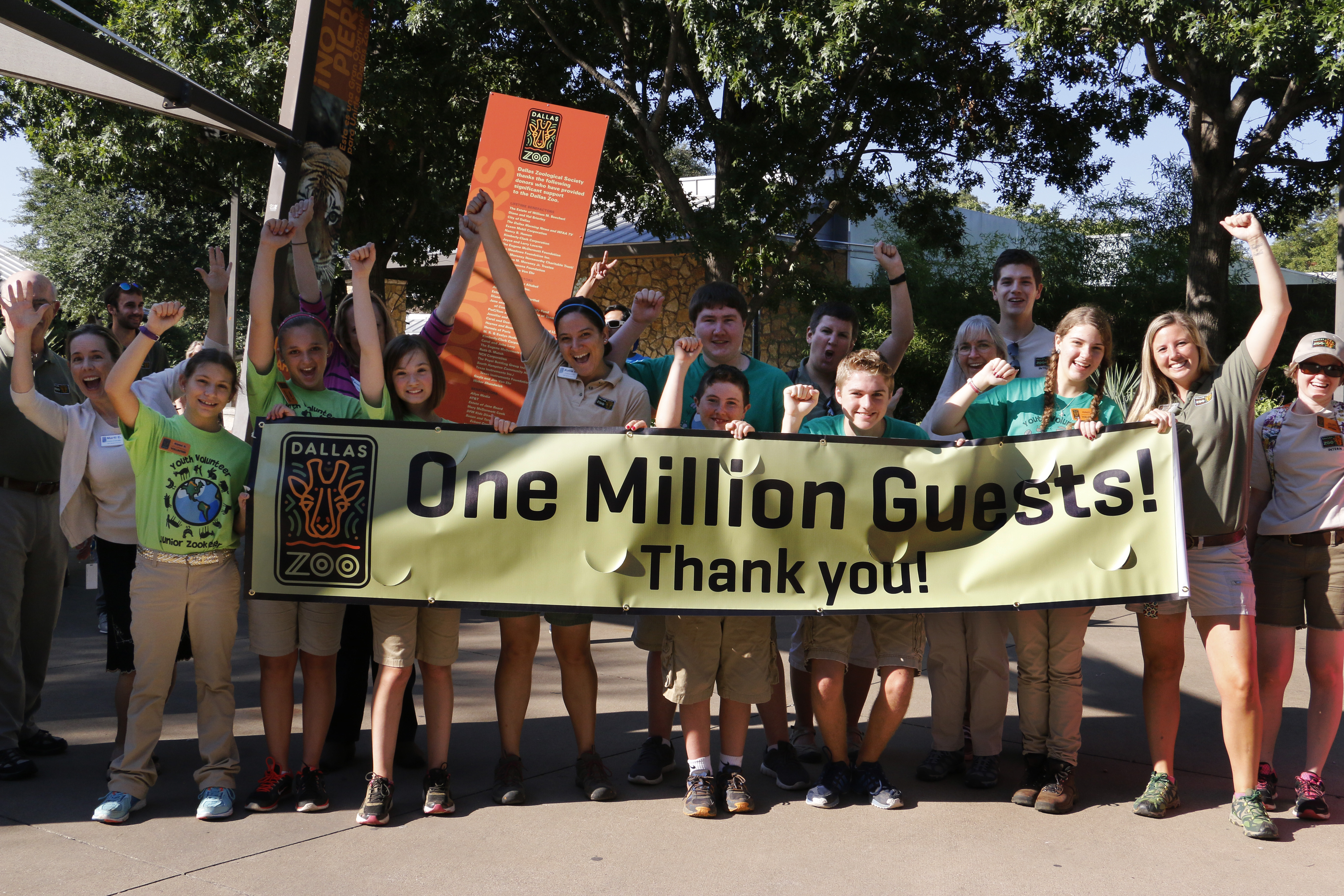 Once again, we’ve set an all-time attendance record, for the seventh year in a row! In the fiscal year ending Sept. 30, we welcomed 1,074,182 guests, an increase of 4.4% over last year’s record.

“It’s extremely gratifying to see such growth just a year after reaching 1 million guests for the first time,” said Gregg Hudson, Dallas Zoo president and CEO. “We’re thankful to our community for recognizing the renaissance we’ve set in motion here.”

“Most importantly, this means we’re reaching many more people with our mission of conservation,” Hudson added. “Wild places around the world need our help, and every visitor to the Zoo supports our work with conservation groups in the field.”

“These remarkable achievements show that strategic public-private management partnerships, such as the one created with the Dallas Zoo in 2009, can exceed even our highest expectations,” Dallas Mayor Mike Rawlings said. “A jump like this, just one year after reaching 1 million visitors for the first time, is outstanding. The Dallas Zoo continues to impress each year with exceptional exhibits and educational programs, and I’m sure that we can expect even bigger things in the years to come.”

Since becoming a privately managed asset of the city of Dallas seven years ago, our attendance is up by nearly 400,000 guests per year. Of the 228 facilities accredited by the Association of Zoos & Aquariums (AZA), only about 30 other zoos reach a million visitors annually.