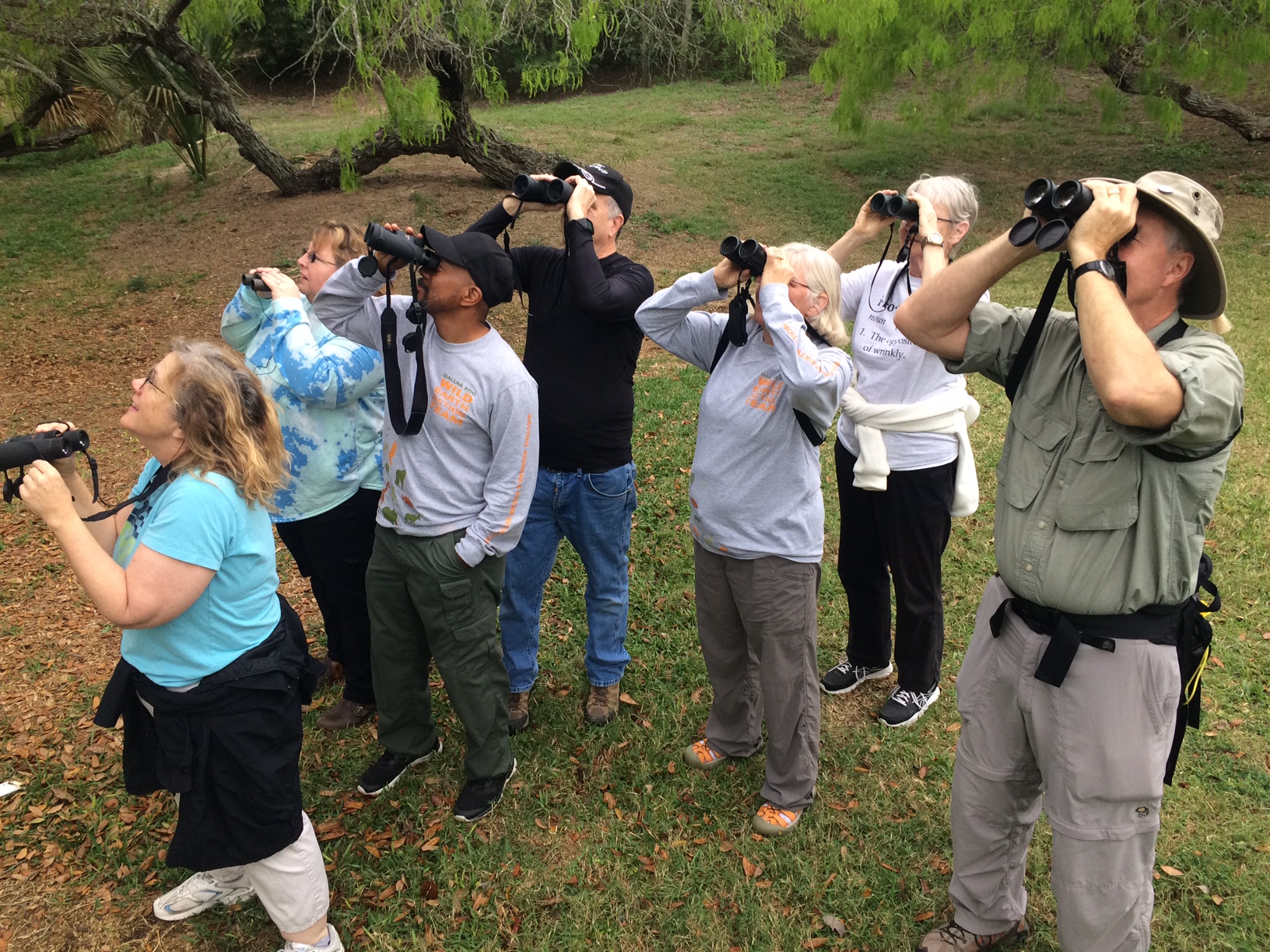 The Dallas Zoo works with partners around the world to save wildlife and protect wild spaces, but a major effort recently happened closer to home with some important Texas neighbors. 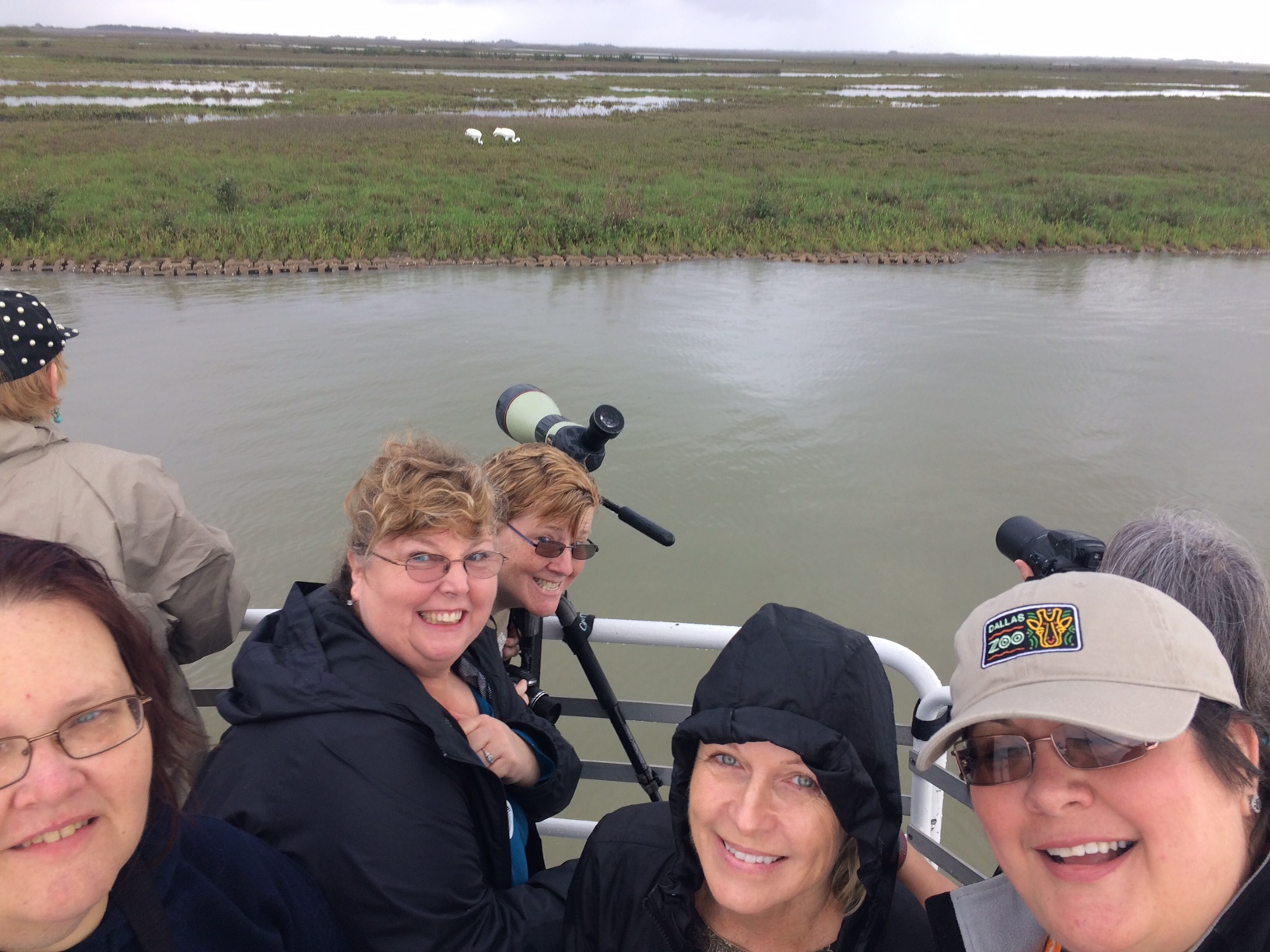 The team observes the endangered whooping crane in the Aransas National Wildlife Refuge.

The whooping crane is the tallest bird in North America and migrates each year from central Canada to the Texas coast for the winter. The Dallas Zoo group dug in and got their hands dirty during a clean-up to help wildlife and their vital ecosystems.

The Wild Earth Action Team also took a four-hour adventure through the Aransas National Wildlife Refuge, exploring the whooping crane’s winter grounds and observing 14 of these elegant birds. They even witnessed a rare moment when a whooping crane pair caught a snake and fed it to their young.

“It was thrilling to see whooping cranes up close,” said volunteer Becca Dyer. “I learned so much from the naturalists on the trip. I felt I was taking positive action participating in the beach cleanup.” 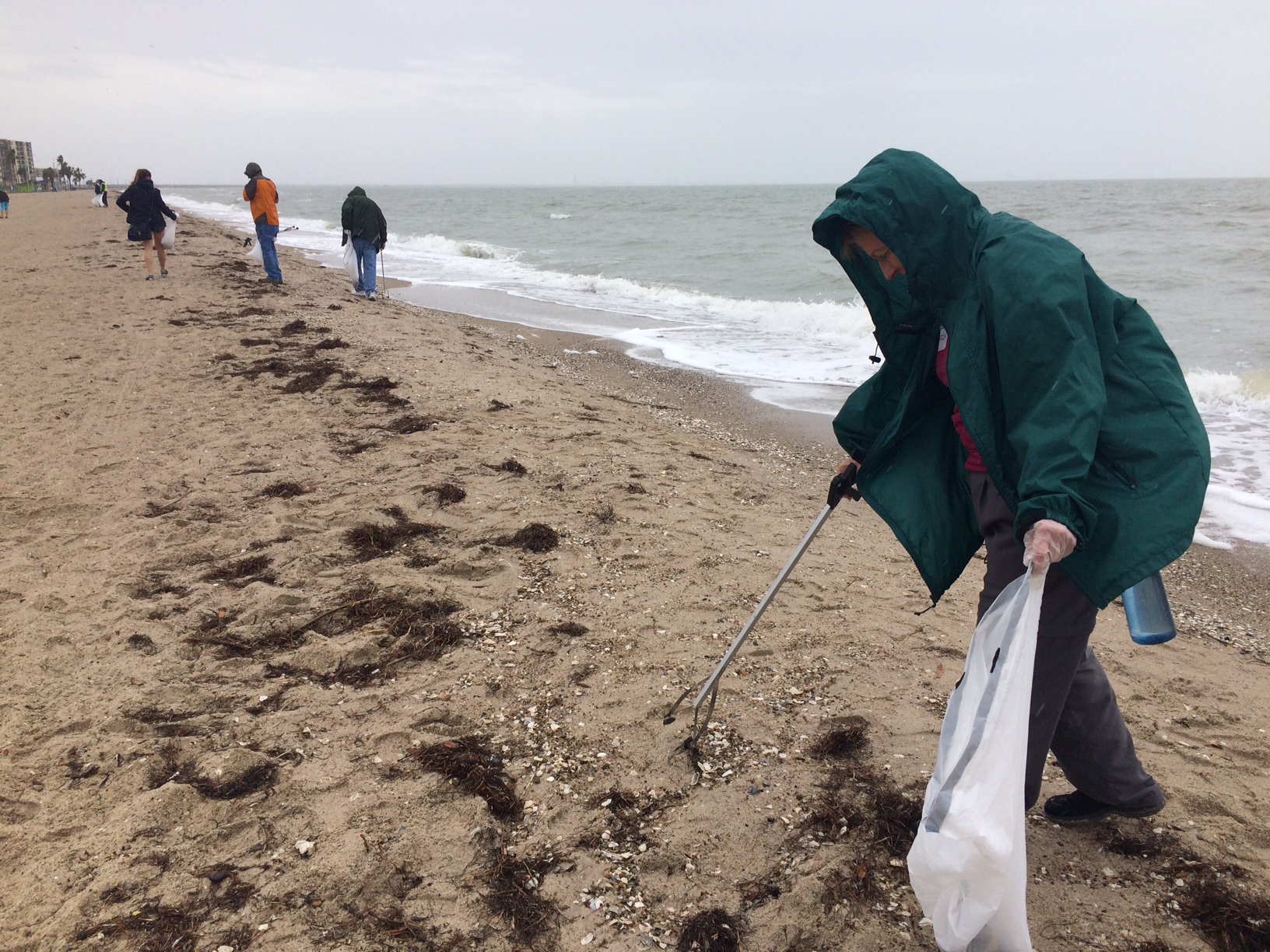 The entire experience was incredible for the team since this species once was so close to the brink of extinction. Our team of 23 volunteers and staff removed nearly 200 pounds of micro-litter along North Beach, including roughly 1,000 cigarette butts. Litter removal plays a key role in improving water quality and restoring coastal wetlands where many of the whooping crane’s food sources reside.

By the mid-1940s, only 15 whooping cranes existed in the wild. While still categorized as an endangered species, roughly 600 birds exist today due to the continued advocacy of conservation heroes across the United States.

“It made me feel overwhelmed with inspiration and gratitude for the conservation champions who went before us and stood up to save these cranes – all the work, the study, the policy advocacy, the habitat restoration and protection, the propagation and reintroduction by zoos and other conservation organizations – everything it takes to save animals from extinction,” said Ben Jones, dean of the Dallas Zoo’s Wild Earth Academy and trip co-leader. 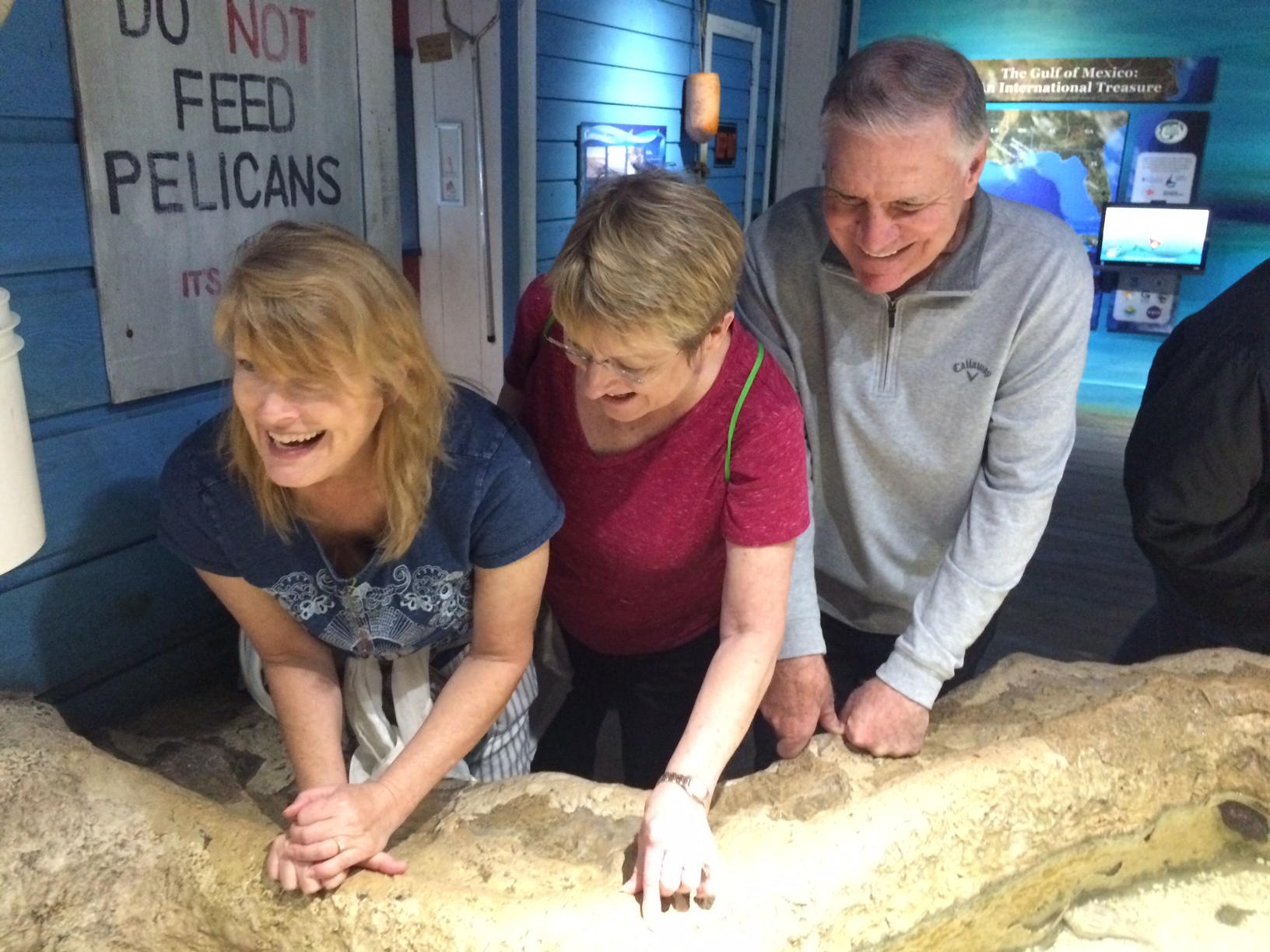 Volunteers Elizabeth Clay and Paul and Becca Dyer enjoy a visit to the Texas State Aquarium.

The weekend was filled with engaging learning opportunities as well. Alex Gilly, a bird keeper at the zoo, provided a fantastic presentation on the world’s 15 crane species as well as our role in crane conservation. The team was given a behind-the-scenes look at the Texas State Aquarium rehabilitation facilities, where they met an array of aquatic life and learned their unique stories. Dr. Liz Smith, the International Crane Foundation’s whooping crane biologist and Texas program director, even spoke to the group, providing an update on whooping crane preservation and efforts to combat the effects of climate change on coastal   wetlands.

All and all, the weekend stands as a whooping success for our Wild Earth Action Team as they extended the Zoo’s vision of creating a better world for animals. Still, it’s important to remember that conservation is a joint endeavor that requires dedication to produce results. It all starts with taking actions, no matter how small, and making sustainable changes. 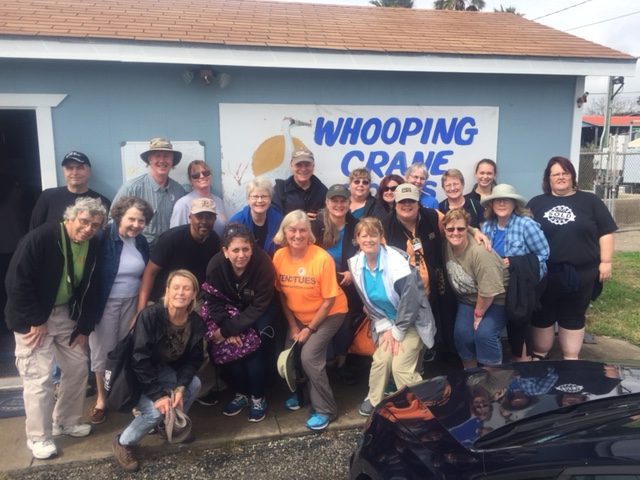 The Wild Earth Action Team gathers for a group shot.

“Much of our conservation field efforts are done by volunteers who are a part of our Wild Earth Action Team,” said Julie Bates, director of Volunteers and trip co-leader. “This is a movement of volunteers that have a passion for nature and wildlife. The time and energy this team gives is priceless. Locally and across the state, we are creating a better world for animals by planting trees, restoring wildlife habitat, and cleaning beaches. We would love to have you join us on our next adventure!”

Stay tuned for more information about our next Wild Earth Action Team expedition when we travel to South Padre Island June 23–25 and work on Saving Sea Turtles.