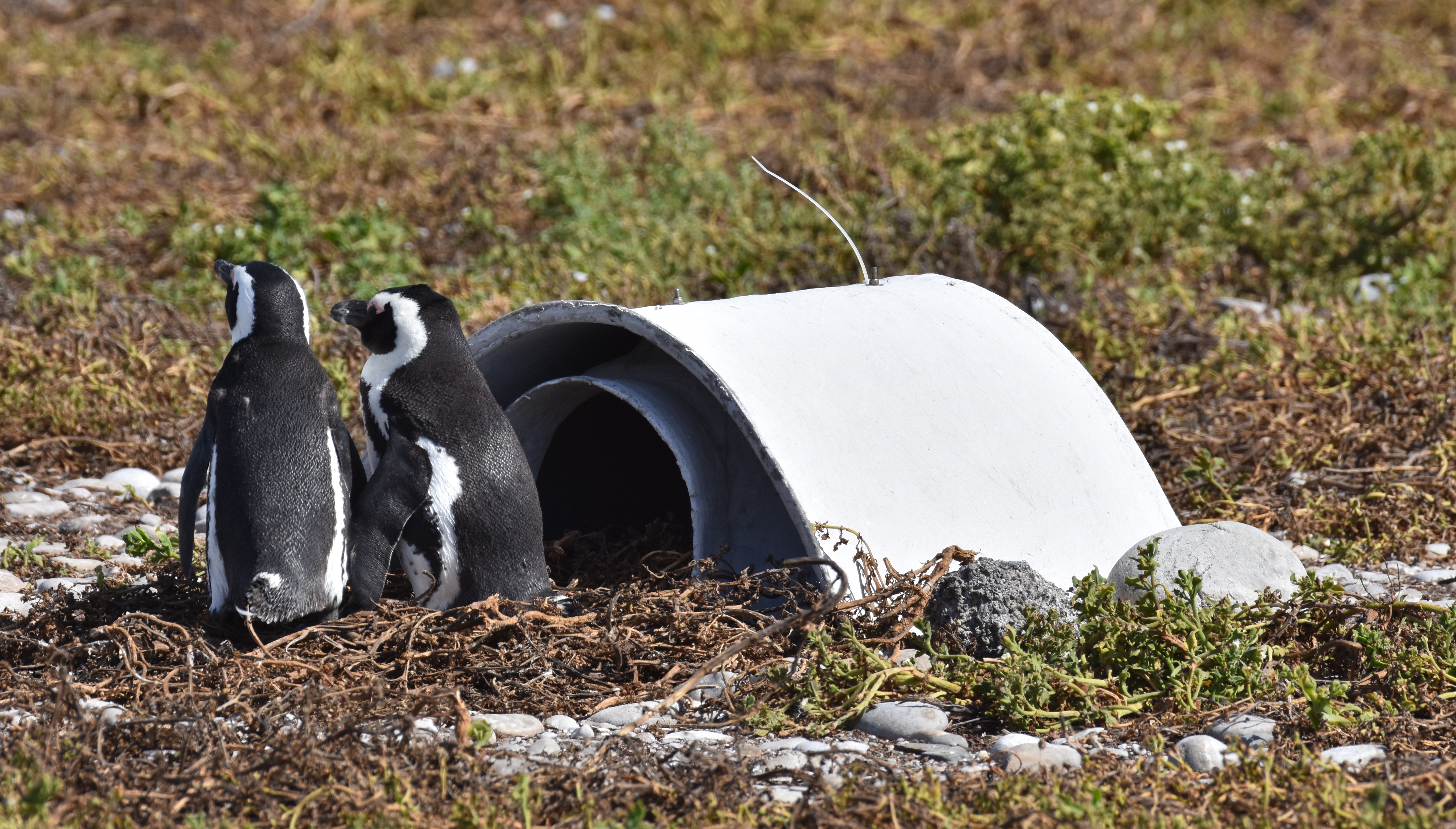 Two penguins standing in front of one of the artificial nests.

“Penguins have been decimated by what people have done to them,” said Kevin Graham, bird supervisor at the Dallas Zoo. “We’ve done everything we can to wipe African penguins off the planet. We’ve stolen their eggs by the hundreds of thousands, we’ve polluted their environment, we’ve taken all their fish, we’ve taken their nest area, we’ve introduced predators and we’ve introduced disease. It’s about time we do something to help them.” 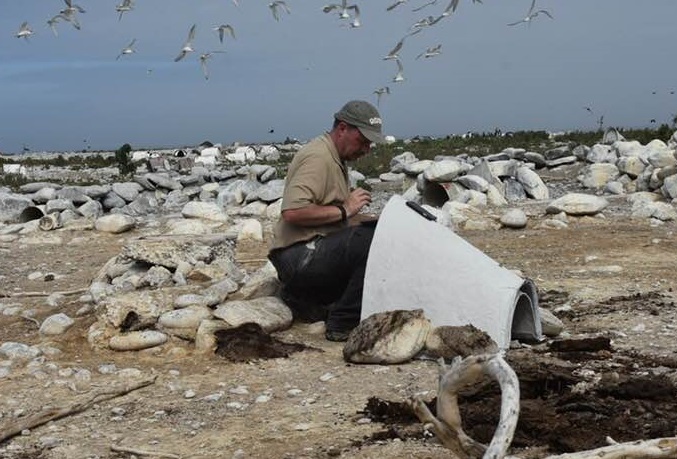 African penguins burrow and nest in guano, a term for their poop. About 110 years ago, there were over a million guano nests for African black-footed penguins. But South African natives started stealing the guano to use as fertilizer. Right now, there are only about 27 natural guano nests left. This has left the critically endangered African penguin population in serious trouble.

For the past three years, Kevin has been trying to resolve that problem. In addition to working with birds at the Zoo, he is also the artificial nest development project coordinator for the Association of Zoos and Aquariums (AZA). He studies, builds and installs artificial guano nests for African penguins to lay eggs in. And after three years of research and testing, he was finally able to install nests in South Africa along with the help of our incredible partners, Dyer Island Conservation Trust and Pan-African Association of Zoos and Aquaria (PAAZA).

Over the course of two weeks this past February, Kevin and our Association of Zoos and Aquariums partners built and installed 200 nests in two South African penguin colonies. (Thanks to our Invest in the Nest Kickstarter crowdfunding campaign that helped AZA-accredited zoos raise the funds for this project!) And great news — the penguins seemed to settle into their new homes very quickly. At the end of February, 40 percent of the nests in one colony already had eggs in them, and 25 percent of the nests in the other colony had eggs! Kevin gets updates frequently on more and more eggs being laid. 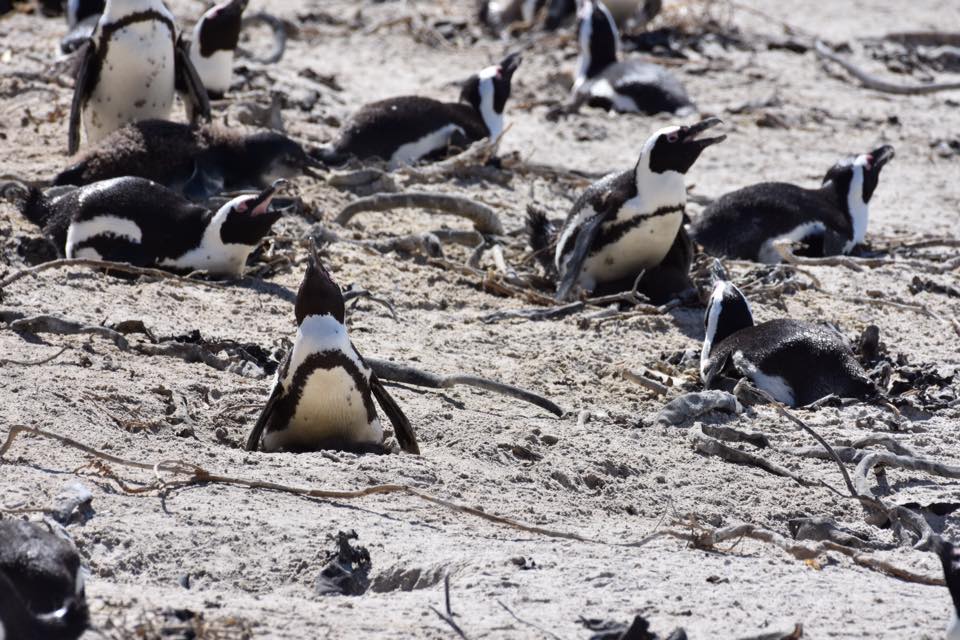 African penguins will no longer have to incubate their nests in the open sun, and their eggs will be more protected from predators.

Over the next few months, Kevin and his team will be collecting environmental data from the nests. Once they’ve analyzed the data to ensure the nests are in tiptop shape for the penguins, they will start building 3,000 more nests to install. Long-term, he hopes to have 6-7,000 installed nests in total.

“If everything goes well and these nests continue to work, then we can keep giving them homes,” said Graham. “Each one we build is in an environmentally friendly deposit. We can’t solve the population decline with just the nests. Over-fishing, climate change, marine pollution, introduced pests, human incursion, habitat degradation—all of that has to be addressed. But at least if nothing else, we can give them a place to raise kids.”

3 thoughts on “Saving African penguins with a new home”