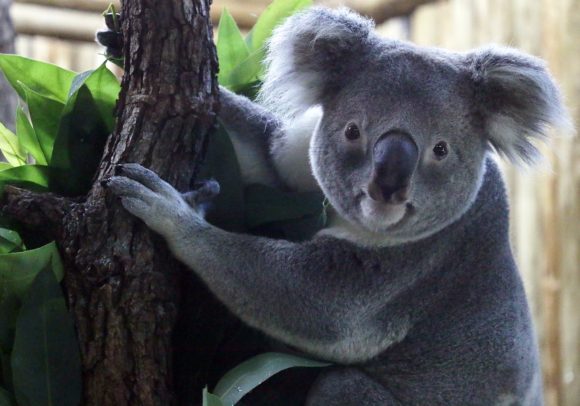 We’re saying farewell to our Australian animals ahead of TxDot’s Southern Gateway I-35/US 67 project that will improve 11 miles of highway, including part of I-35 adjacent to the Dallas Zoo. The three Australian habitats, located within ZooNorth’s Koala Walkabout, are in the closest proximity to the construction project.

As you know, the comfort and welfare of our residents comes first, and we’ve found new AZA-accredited homes to ensure the interstate improvements cause no disruption to the animals. 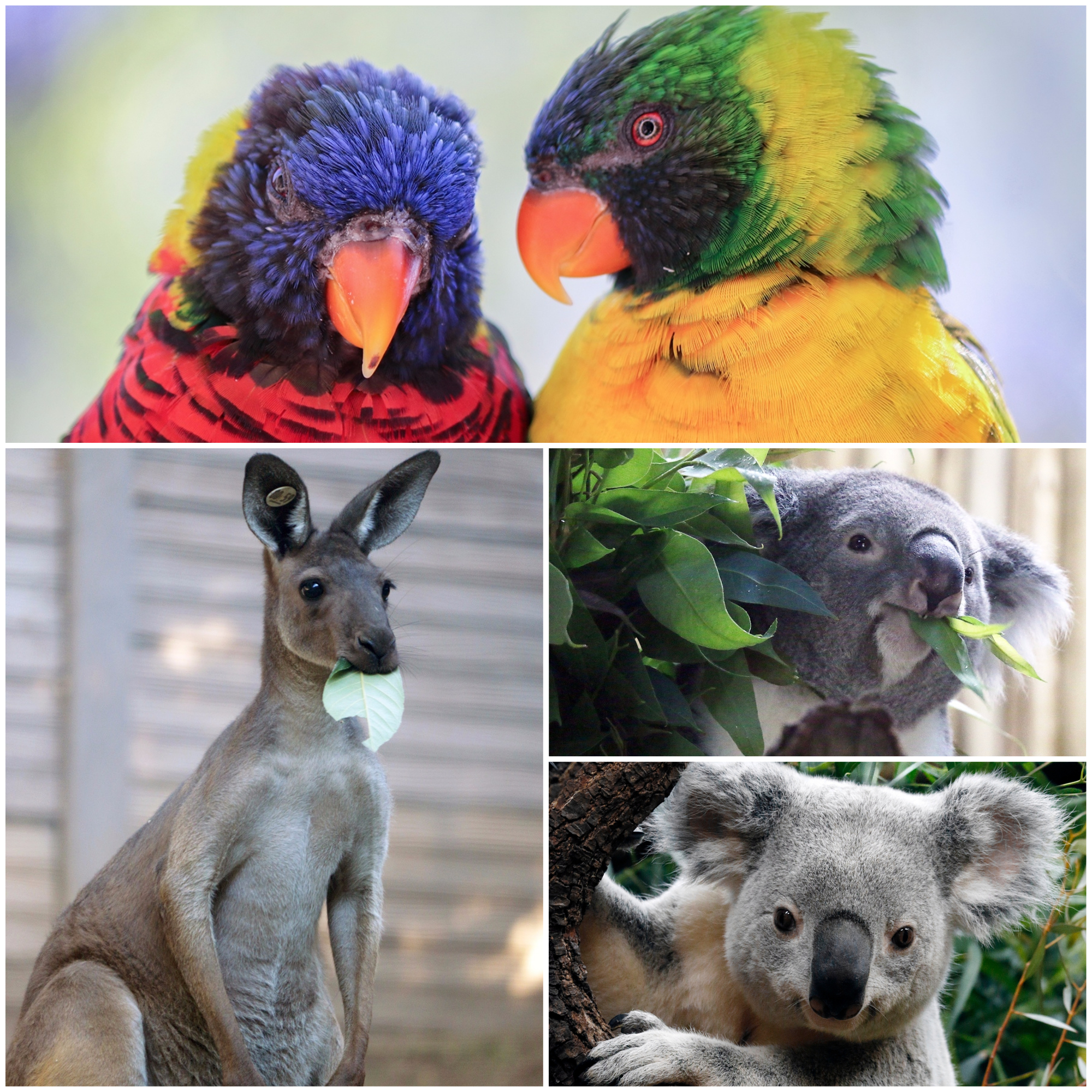 The closure includes the koala habitat, Lorikeet Landing, and the kangaroo, wallaby, emu and kookaburra habitats. The last day you can visit these animals will be Monday, Sept. 4. And we hope you’ll join us this Saturday and Sunday (Sept. 2-3) as we host “Farewell Australia Weekend.”

Here on loan from San Diego Zoo since March 2012, koalas Tekin and Gummy will head back to their Southern California home. Our male and female Western gray kangaroos will also be moving to San Diego Zoo’s Safari Park.

Staying in Texas, our flock of lorikeets are moving to the San Antonio Zoo, and two wallabies will call the Ellen Trout Zoo in Lufkin home. Our brother-sister kookaburra pair will move to the Bermuda Aquarium, Museum and Zoo.

“The safety and well-being of our animals is always our top priority,” said Gregg Hudson, Dallas Zoo president and CEO.  “We’ve been working with TxDot on the highway improvement plans for a while now, and appreciate TxDot addressing some of our concerns. As part of the construction, TxDot will install a high sound barrier that will reduce noise, dust in other parts of ZooNorth, and will benefit our guests and animals in the area.

“Thankfully we had plenty of time to find great homes for these animals. We know the public will miss them as much as we will.”

Meet the newest bouncy members of our Australian mob

Posted on November 2, 2015 by Brittany Wingfield 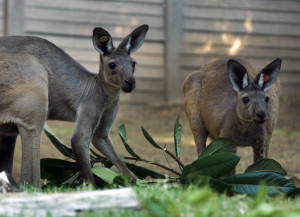 For the first time in the Dallas Zoo’s long history (almost 130 years!), we have welcomed western grey kangaroos. The brother and sister pair just started making appearances in their ZooNorth habitat. These two impressive macropods came to us from the Gladys Porter Zoo in Brownsville, Texas, earlier this summer.

We join about a dozen other AZA-accredited zoos to care for western grey kangaroos, which are a truly unique species. They’re smaller than the more well-known red kangaroos, but are just as intriguing.

Our new ’roos have had some time behind the scenes to settle into their new home and meet their keepers and exhibit mates — our five Bennett’s wallabies. Male Berrigan (a/k/a Berry) is a year and a half old and weighs around 55 pounds. Males can weigh up to 120 pounds, but typically don’t fill out until they’re 7 or 8. Three-year-old female Gidgee is slightly smaller than Barry, weighing 50 pounds. Females can get up to 60 pounds, so she still has some growing to do. 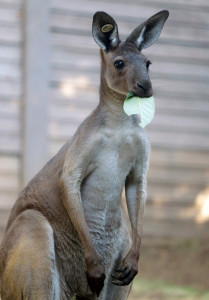 Berry loves to chomp down on some browse.

Western greys are widespread throughout the southwestern portion of Australia and eat shrubs and grasses. Their large feet allow them to hop long distances at sustained speeds of about 16 mph, but they can hop in short bursts up to 44 mph! Hopping is an extremely effective form of locomotion. The tendons in their legs work like springs to provide maximum ground coverage with minimal effort, which is really handy in the heat of the Outback. 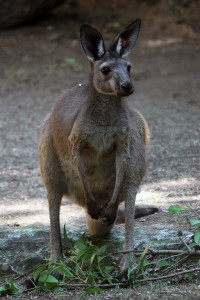 Gidgee can be quite the vocal lady.

Gidgee immediately showed her keepers what makes western greys stand out among their big-footed cohorts ­– they’re vocal! They communicate with each other and their young through a series of clicks. However, if Gidgee’s personal space is invaded, she won’t hesitate to let you know with a low rumbling growl.

Berrigan, on the other hand, tends to be more preoccupied with the finer things in life, like eating. He loves his vegetables and won’t leave the bowl until every piece of sweet potato and carrot are gone. Our new kangaroos’ favorite treat, though, is “browse.” Browse is a fun word zookeepers use to refer to any browse-able (non-toxic, edible) plant matter. This can be trees, bushes or shrubs. Our new guys love just about anything, but mulberry, photinia, and elm seem to be the front-runners.

Perhaps next time you see them at the Zoo, they’ll be grabbing a bite to eat, hopping around or just lounging in the sand box.