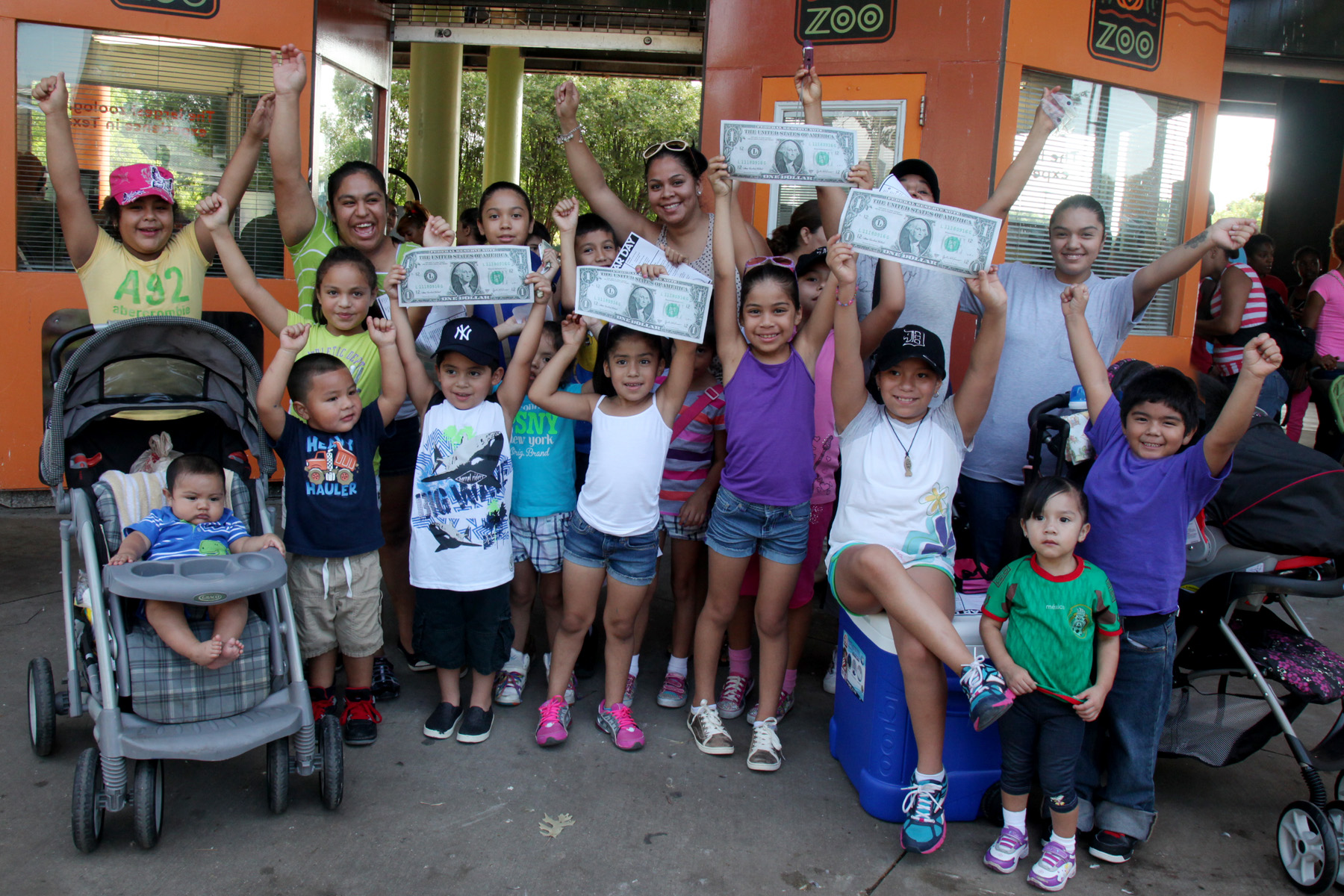 AUGUST 13 IS DOLLAR DAY AT THE ZOO

It’s that time of year again at the Zoo—Dollar Day! This annual summer day is our way of giving back and saying “thank you” to our amazing community that supports us year-round. While Dollar Day is one of the most exciting days at the Zoo, it’s also one of the busiest. So here are a few tips to help you make the most of your Zoo day:

Sponsored by Sprint, Dollar Day is going to be a busy day full of fun. We can’t wait to see you here!

“Once again, more than a million people have turned out to support our mission of engaging people and saving wildlife,” said Gregg Hudson, Dallas Zoo president and CEO. “Our community knows how hard we’ve worked to make the Dallas Zoo one of the nation’s best zoological parks, so it’s appropriate that we broke the million mark this year on a day when we look to give back to that community.”

We welcomed our millionth visitor early Thursday morning with the first wave of Dollar Day guests. More than 19,000 people braved the Texas heat yesterday to enjoy our annual summer tradition of $1 admission.

This is the third time Texas’s oldest and largest zoo has welcomed 1 million visitors in a fiscal year (ending Sept. 30). We hit the previous million milestone on Aug. 27, 2016. Of the more than 230 facilities accredited by the Association of Zoos & Aquariums (AZA), the Dallas Zoo joins only 38 other zoos to reach more than a million visitors annually.

We credit the increase to several key factors:

Tips for making the most of Dollar Day! 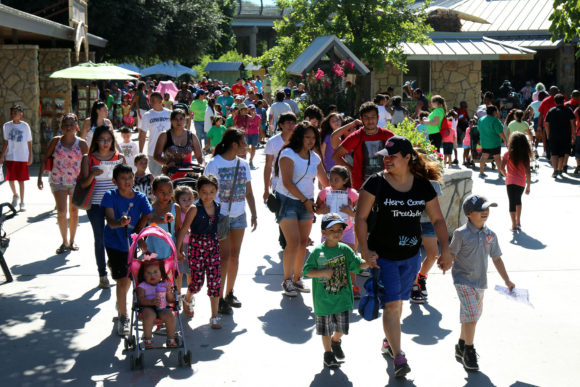 Our annual summer Dollar Day is always one of the most exciting days at the Dallas Zoo. But most importantly, it’s our way of giving back and saying “thank you” to this amazing community that supports us year-round. Dollar Day draws big crowds, so we wanted to share the few tips to help you get the most out of your visit to the Zoo!

Don’t forget, we’ll have $1 snacks available for purchase, including hot dogs, chips and drinks. Sponsored by Oncor, MetroPCS, and Children’s Health, Dollar Day is going to be a busy Thursday full of excitement, and we can’t wait to see you!

How to have a blast at Dollar Day

Dollar Day at the Dallas Zoo is our way of giving back to our amazing community, and we want you to get the most out of your visit! Here are a few tips to help you navigate your 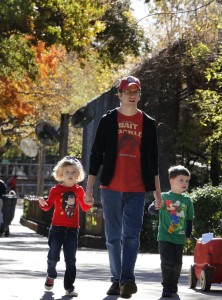 It’ll be sunny and 65 degrees Wednesday, so we expect big crowds and lots of excitement. We can’t wait to spend the day before Thanksgiving with you and your family!