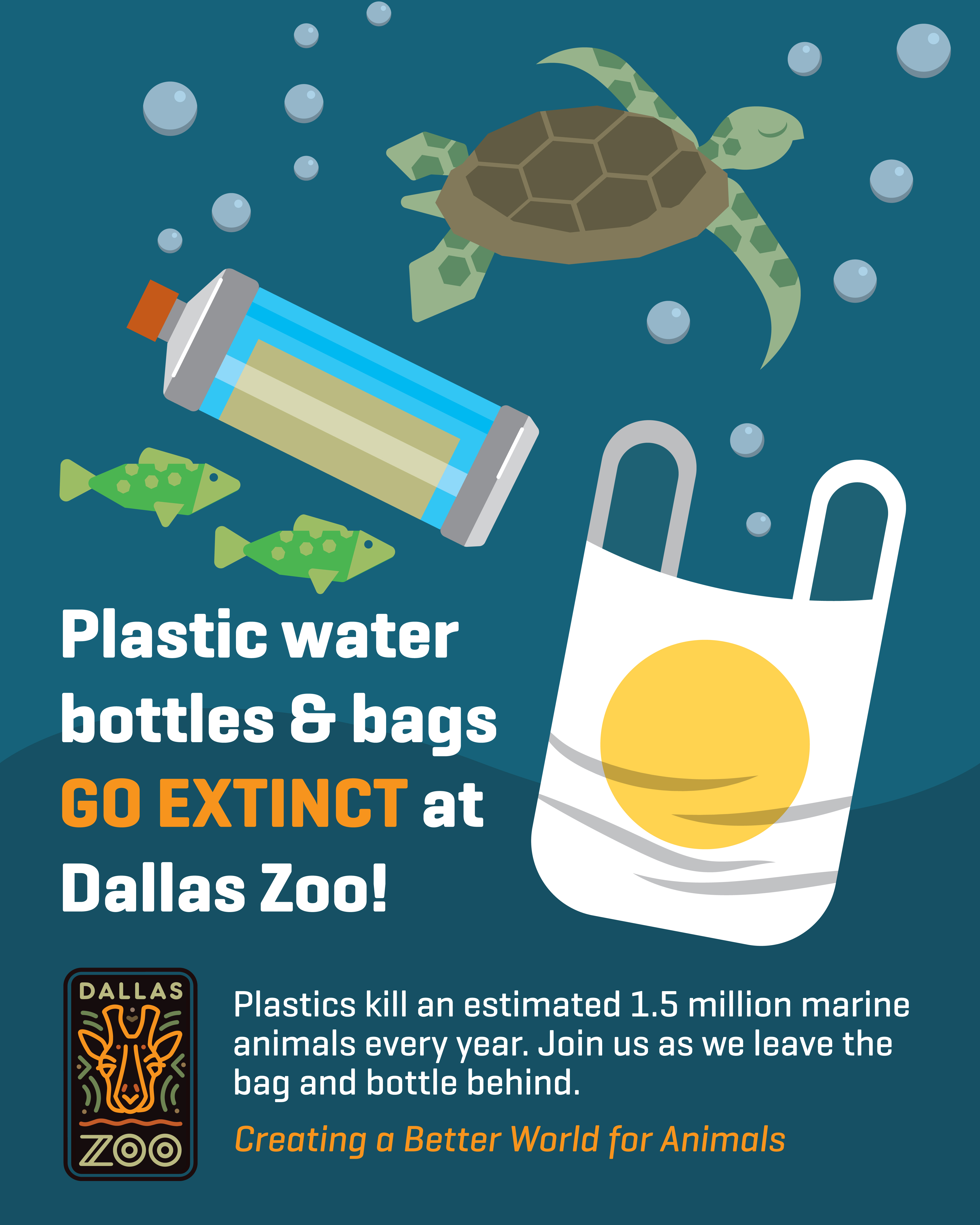 The Dallas Zoo is leaving the plastic bag and water bottle behind. In lieu of plastic, guests are encouraged to purchase canned water at all concession stands and restaurants, and use reusable bags for any Zoofari Market gift shop purchases.

Our sustainable approach means more than 113,000 plastic water bottles and 95,000 plastic bags will be saved from entering landfills and the environment each year. It’s estimated that plastic pollution kills 1.5 million marine animals annually, including one million seabirds and 100,000 marine mammals, like dolphins, manatees, and seals.

“A plastic bag or bottle blowing around Dallas could very well end up in the ocean. All creeks in Dallas flow into the Trinity River, and some 700 miles later into the Gulf of Mexico,” said Ben Jones, Dean of Dallas Zoo’s Wild Earth Academy. “The Dallas Zoo is strongly committed to creating a better world for animals but it takes all of us to effect change. By reducing our use of plastics, we hope to inspire guests to make easy, positive changes at home, too, to save wildlife.”

The move to cut plastics comes with much-needed support from our food, beverage and retail partner, Service Systems Associates, Inc.

“Service Systems Associates shares a mutual vision with the Dallas Zoo to protect wildlife and wild places, and one major way we can contribute is through the reduction of single use plastics,” said Brett Taylor, Service Systems Associates, Inc. General Manager for the Dallas Zoo. “Only 10 percent of plastic bottles are recycled when compared to 50 percent of cans. Aluminum is able to be recycled over and over again. We’re excited to see how our guests respond to the notion of canned water.”

In 2017, the Dallas Zoo hit a recycling record with 101 tons of materials recycled, including 34 tons of metal; 27 tons of paperboard; 28 tons of co-mingled recycling, like plastic bottles and aluminum cans; 656 wood pallets; as well as, cell phones, electronics, printer cartridges, plastic bags and Styrofoam.

The zoo has 60 recycling bins scattered across the 106-acre park for guests to use. We also encourage guests who shop in the Zoofari Market gift shop to bring their own reusable bag, or buy a reusable bag from the gift shop, or simply decline the use of a bag.

Guide to Pokémon Go at the Dallas Zoo 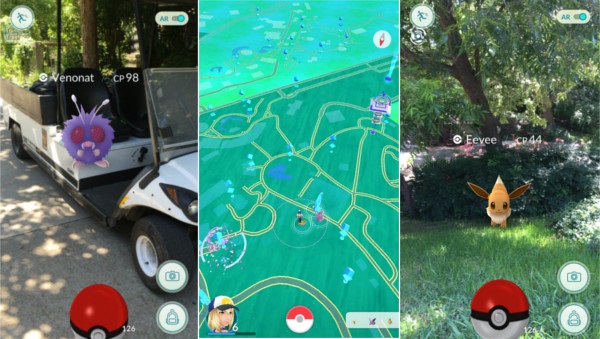 The Dallas Zoo welcomes all Pokémon trainers. We want you to have a fun and especially safe time while looking for the elusive Pikachu or fighting to take over the giraffe statue gym for Team Mystic.

Things to remember while you’re hunting Pokémon at the Zoo:

Here are some quick tips for the expert Pokémon trainers:

And something else really important: look up! Pokémon aren’t the only creatures worth caring about. Turn on the vibration mode, slip the phone in your pocket and take a moment to appreciate the real animals around you.

A day spent at the zoo is a privilege, time well-spent in the presence of majestic, threatened and endangered animals who deserve our respect, compassion and conservation.

The recent actions of 10-year-old Gracie Wakefield of Garland, Texas, show that she feels the same way. A normal Dallas Zoo day for the proud Girl Scout of Northeast Texas and her mom, Cindi, turned into a rescue mission when Gracie discovered a Galapagos tortoise eating a plastic water bottle.

“I first heard the plastic crunching. Then I saw half a water bottle hanging out of its mouth,” Gracie explained. “I ran down to the insect house and told them to radio for help. A reptile keeper ran over and took the bottle out.”

Several small pieces of plastic were removed from the tortoise’s mouth.

Reptile keeper Shana Fredlake says trash dropped by guests or blown into the Zoo gets into the wrong mouths too often. “Every day, I’m picking up plastic spoons, chip bags, water bottles, you name it,” she said.

And on a few occasions, our vets have had to remove foreign objects. “It’s terrible for their intestines because this stuff doesn’t break down,” Fredlake said.

Reptile keeper Shana Fredlake says picking up garbage from the tortoise habitat is an every day task.

Some simple advice from Gracie could help keep animals from getting hurt, both in the Zoo and outside of it: “Hold on tight to your water bottle so you don’t accidentally drop it. And don’t litter, because no one wants to see an animal hurt. I really like animals and I was so scared for that tortoise.”

We’re extremely thankful for Gracie’s quick response, and we hope all children are such good stewards of our environment and protectors of our animal kingdom.

Thanks to Schneider Electric, the Dallas Zoo is now providing guests a place to charge their electric vehicles (EV) for free. 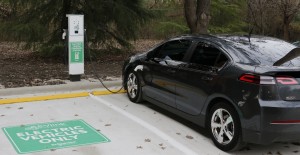 With the installation of the donated EV charging station by Schneider Electric, we are deepening our commitment to sustainability, which is a core part of our conservation and education mission.

The Dallas Zoo is on the leading edge of green initiatives with massive composting efforts, rainwater collection sites, animal and restaurant gardens and more. These EV charging stations represent another impactful sustainability enterprise, and have met a major guest and member request.

“As a conservation organization, Dallas Zoo is always striving to be more sustainable,” said Gregg Hudson, Dallas Zoo President and CEO. “We appreciate Schneider Electric’s generous donation to install our first EV charging station as it aligns with our sustainability efforts and allows us to provide more options to all our visitors.”

Schneider Electric’s installation is the latest in an ongoing effort to make EV charging stations more accessible to communities across the country to encourage greater EV adoption.

“As one of the top 10 zoos in the nation, and the largest in Texas, we were excited to do our part to enrich the experience of their many members, guests and children,” said Mike Calise, head of Electric Vehicle Solutions North America, Schneider Electric. “Now LEAFs, Volts, BMWs and Teslas can join the ranks of elephants, giraffes, snakes and zebras within their sustainable 106-acre facility. With nearly a million visitors annually, this is a snapshot of a destination center EV charging trend we are promoting throughout the country.”

The level 2 chargers are located near the Zoo’s marquee entrance… and again, charges are FREE! 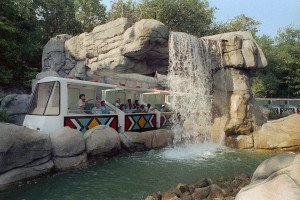