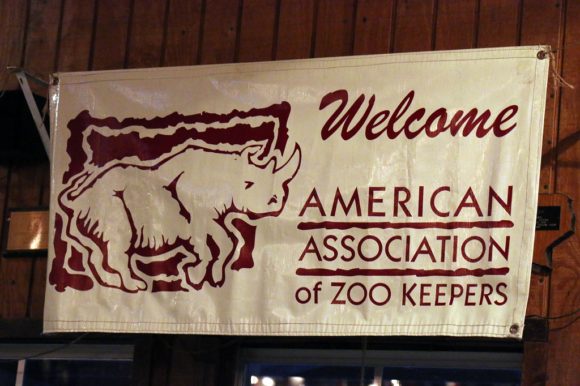 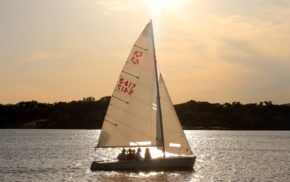 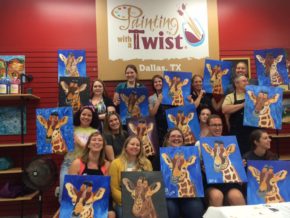 Our first-ever Salamander Saturday event in May helped raise funds and awareness for some of nature’s less-appreciated creatures. Our contributed funds also helped the Foundation for Conservation of Salamanders to offer a Texas-specific grant for researchers working on salamanders (and we have some amazing endemic species here)! END_OF_DOCUMENT_TOKEN_TO_BE_REPLACED

Bowling for Rhinos: They don’t bowl, but we do!

At first glance, bowling and animal conservation might seem like an odd pair. Two fine things in their own right, but not exactly an automatic match. But for 25 years, zookeepers have made the two go hand-in-hand with Bowling for Rhinos.

Every summer, local chapters of the American Association of Zookeepers (AAZK) from around the U.S. and Canada host Bowling for Rhinos events. The proceeds – every last cent – goes to wildlife conservation efforts that help rhinos as well as countless other species, from elephants to amphibians, that share rhino habitat in East Africa and Indonesia. Last year, over

Where else can you buy a Dallas Zoo animal painting? The silent auction is always a hit.

$500,000 was raised through the Bowling for Rhinos program, and since its inception over $5 million has been raised.

As the president of the Dallas AAZK Chapter, I’m proud to be in charge of one of the longest-running and most successful Bowling for Rhinos programs in the nation. While the profits from all BFR events are ultimately pooled together before being sent out (you can read more about where the money goes here), AAZK chapters engage in a little friendly competition to see who can raise the most money.

Over the entire run of the Bowling for Rhinos program, Dallas AAZK is the #3 all-time fundraising chapter, with over $200,000 raised! Not bad for zookeepers working in their spare time to help save animals.

For fun, engaging, family-friendly way to help save animals, we invite you to come out to Bowling for Rhinos 2015! This year’s event will be held Wednesday, Aug. 12, from 6-10 p.m. at Alley Cats Family Entertainment Center in Arlington. Tickets are $20 in advance and $25 at the door, and include bowling, arcade games, laser tag, and mini-golf.  On any other night, that would cost more than $40 – so BFR is a great bargain as well as a great cause! We’ll also have a raffle, silent auction, and special appearances by Dallas Zoo animals. Tickets can be purchased through the Dallas AAZK website. Please contact dallaszooaazk@dallaszoo.com with questions. All of us at Dallas AAZK hope to see you there!

WATCH this video of the Dallas AAZK chapter’s annual Bowling for Rhinos event.