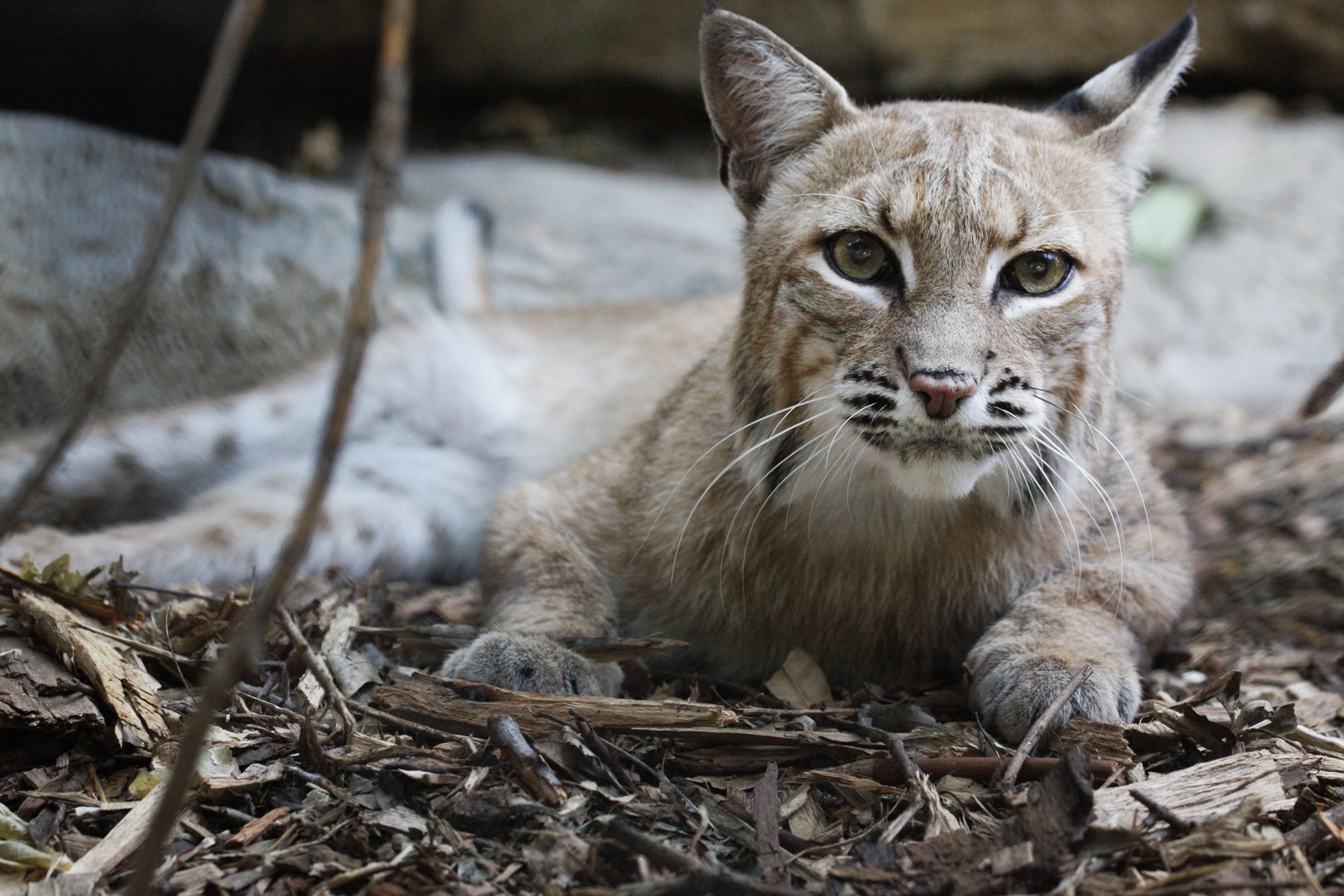 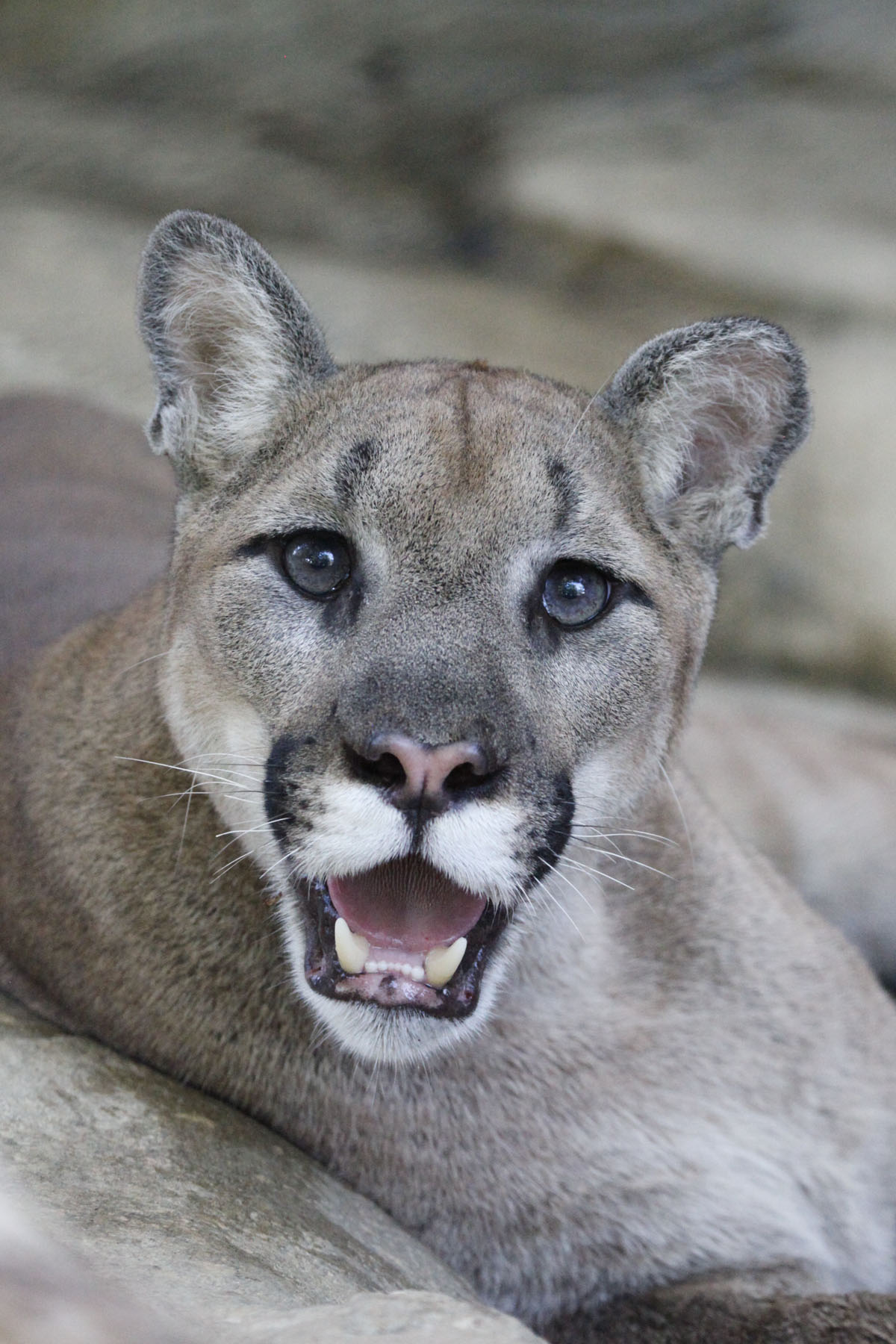 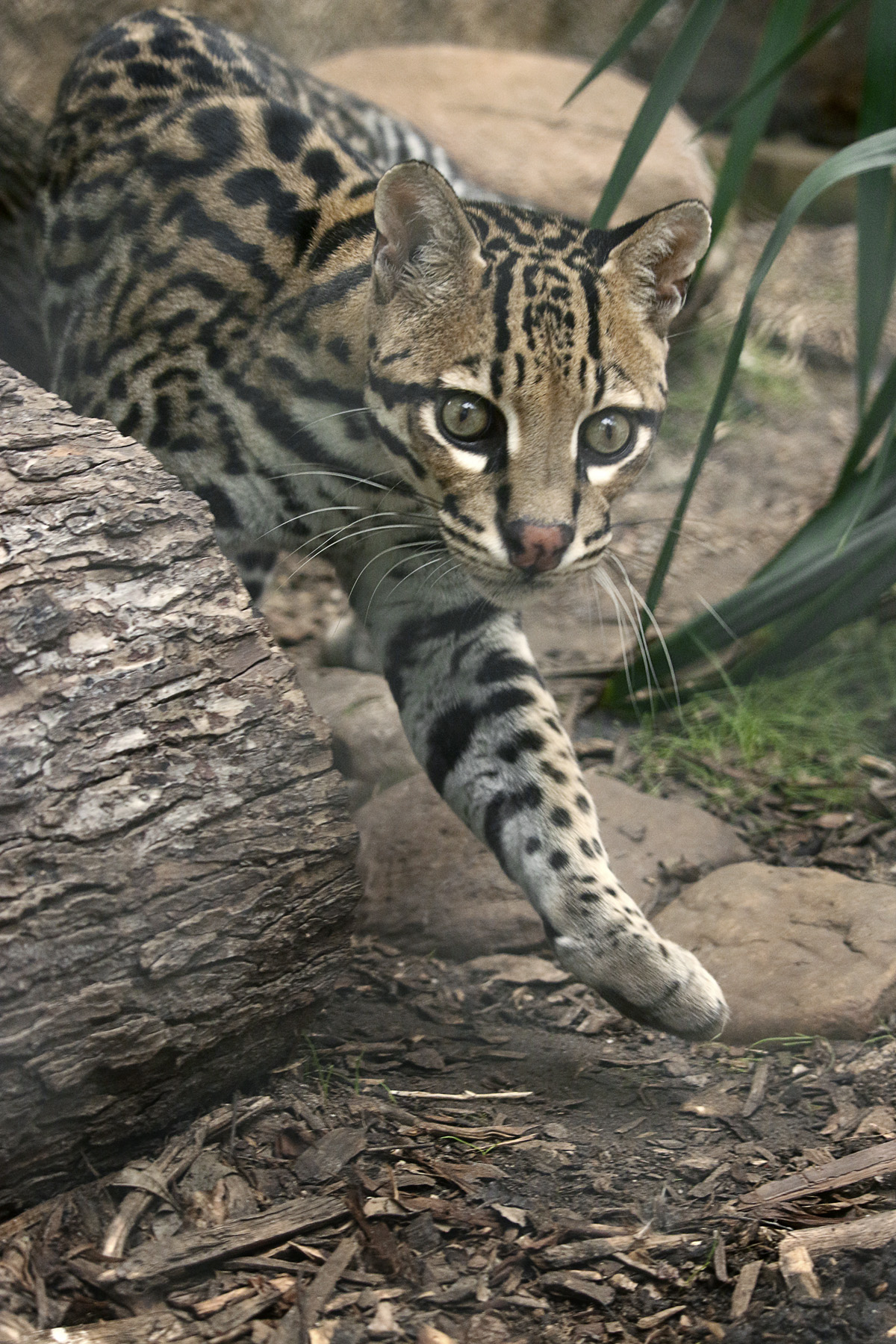 It’s a story that hasn’t been told in more than 13 years. (If you know it, here’s an update; if you don’t, you can share this little piece of history with your family and friends.) Bobcat Rufus had a long journey to get here — one that saved his life and gave him a forever home. 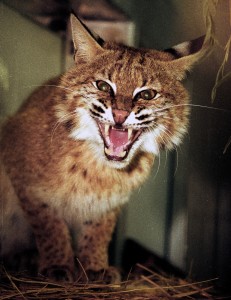 In spring 2001, the wild bobcat made headlines after he killed three of our small antelope, known as dik-diks. Stories began running nationwide on the “unwanted zoo visitor,” and the media even updated the public daily on attempts to capture the elusive bobcat.

At one point, Dallas County Animal Control employees hid in bushes waiting for Rufus to appear, armed with tranquilizer guns. Finally, months later, the wily fellow was snared in a trap on August 21, 2001.

However, his fate was unclear. The Texas Department of Health recommended he be euthanized to test for rabies, but Zoo officials argued that the Zoo was a perfect isolation facility, which meant the risk for infection was low.

We prevailed, and Rufus was given a place to live out his life with daily meals, medical care, enrichment items and a lot of attention.

“We’re all animal lovers at the Zoo, and these cats have to eat in the wild. Unfortunately, he chose to prey on our animals, but he didn’t know better,” said Lora Baumhardt, mammal supervisor. “Prey is 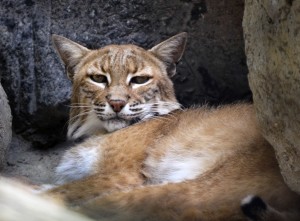 prey, and if it was easily accessible to him, I don’t blame him for getting that.”

Now estimated to be about 14, Rufus is in very good health for his age. “We’ve been able to provide a good life for him here, as opposed to him being euthanized back then. I feel good about it,” Baumhardt said.

Staying out of the headlines today, Rufus lives what his keepers say is a spoiled life. His favorite treat is licking condensed milk out of a spray bottle, and he eats a special rabbit meal on Tuesdays.

“If we never caught him, he probably would have passed away by now in the wild, because he’s 14, and they don’t generally live that long,” Baumhardt said.

She says the sneaky little guy will never play with his favorite green ball in public, but when his keepers return in the morning, it’s always in a different spot than where they left it the day before.

Living out his life in a safe environment is all we ever wanted for Rufus.