Posted on September 16, 2016 by Vicki Cheatwood 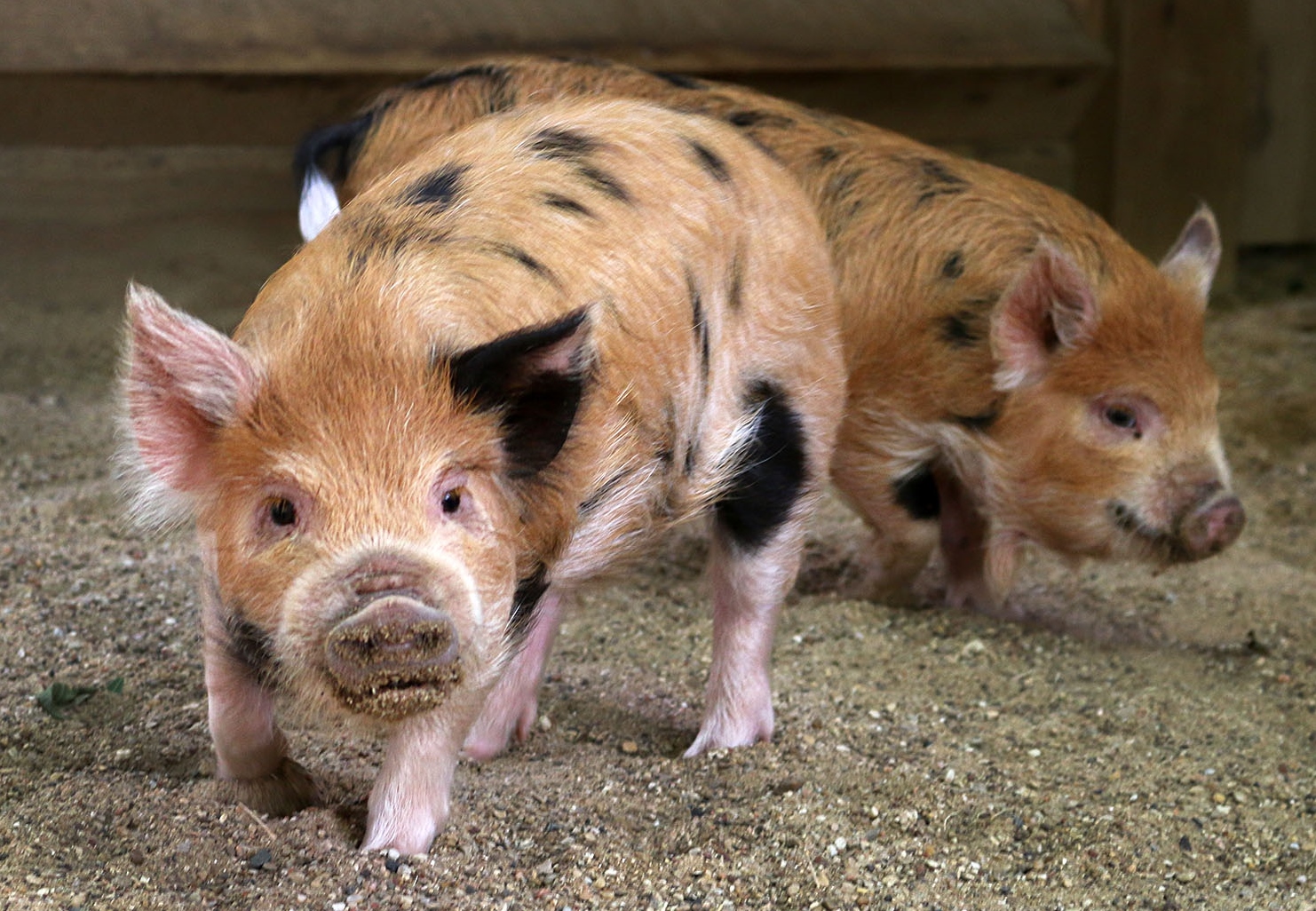 In June, the Lacerte Family Children’s Zoo welcomed two baby kunekune pigs to the big red barn. Adorable siblings Oliver and Penny quickly became a favorite of guests and employees alike.  (Jordan, the Children Zoo’s 17-year-old Vietnamese potbelly pig, is unimpressed with the youngsters next door. But she tolerates them, and all the extra visitors to the pig pens – very well.)

“Penny and Oliver have not only been one of the cutest additions to the Children’s Zoo, but they are one of the smartest as well,” zookeeper and lead trainer Jennifer Lim said.  “During short training sessions, using their favorite produce of grapes, apples, sweet potatoes, and carrots, these young piglets have already learned how to target, station, and crate on cue!” 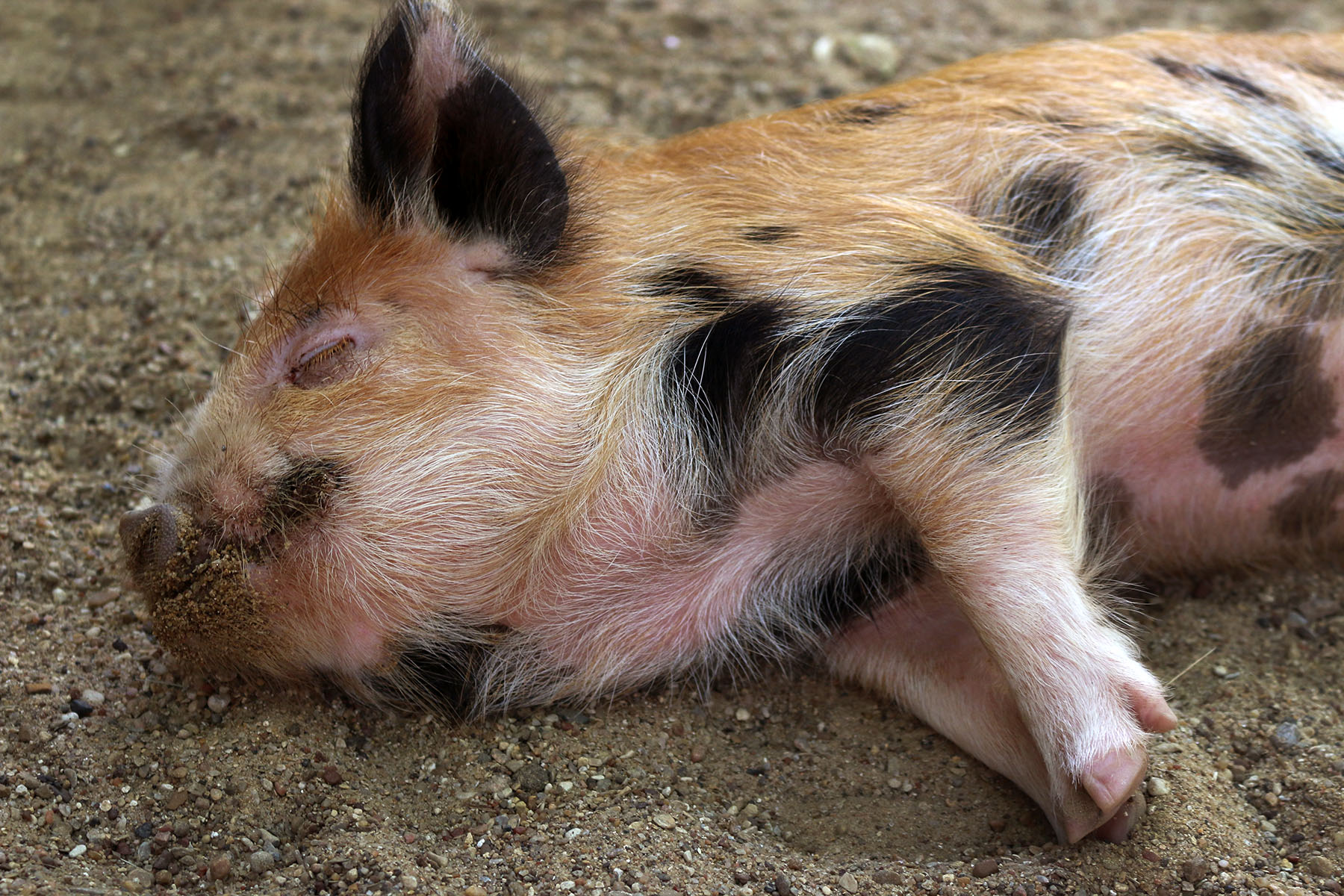 The only true “grazing pig,” kunekune (pronounced “koon-koon” or “kooney-kooney,” either is correct) are a breed of domesticated pigs that are native to New Zealand. The name does indeed mean “fat and round” in Maori. It wasn’t so long ago that they almost went extinct, with only 50 known purebred kunekunes in the 1970s. The breed came back from the brink thanks to the efforts of devoted wildlife preservationists, and today they are no longer considered endangered.

Penny and Oliver have the trademark kunekune short legs and short “smooshed” snouts, and are reddish brown with black markings. However, it’s easy to tell them apart – Oliver has one black ear, and Penny has wattles (also called “pire pire”) that hang down from her jaw.

Right now, at four months old, Penny and Oliver weigh about 30 pounds each. By the time they’re mature, however, they may weigh as much as 100 pounds.