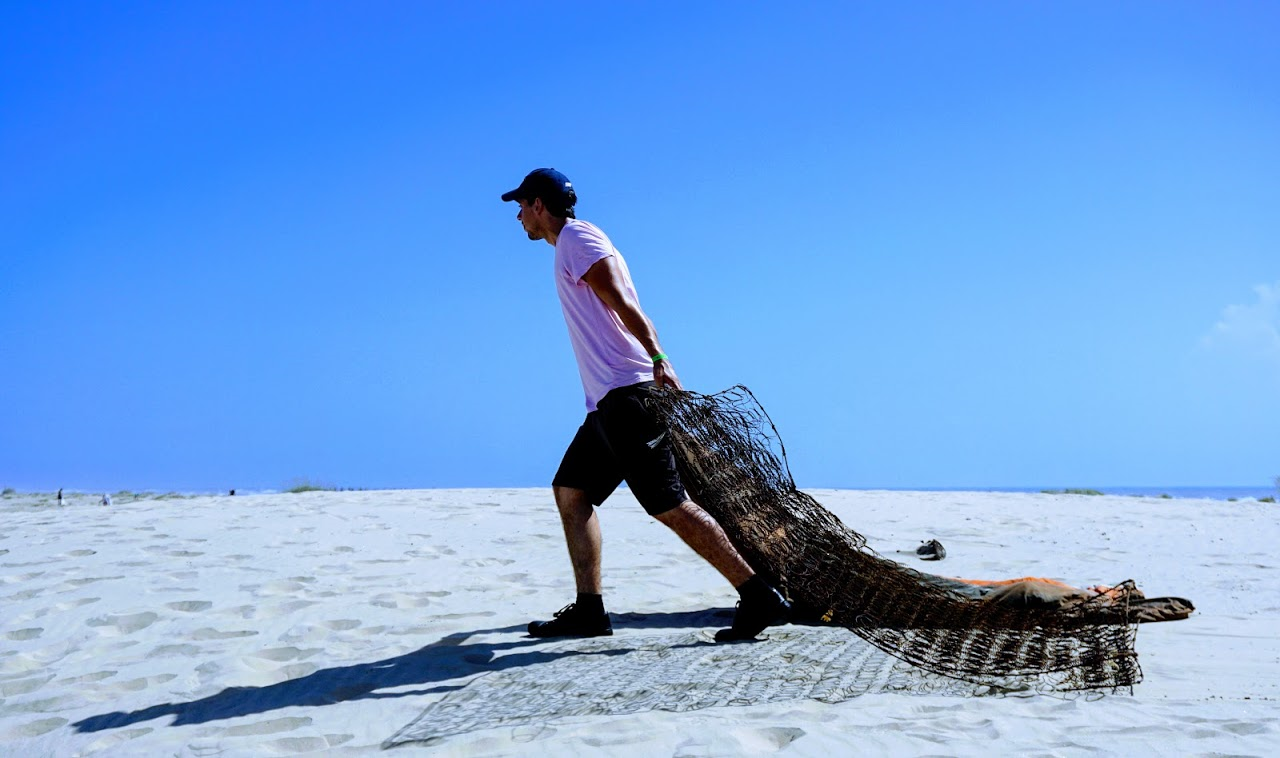 Conservation concerns about animals may not be top of mind for most teenagers, but the ninth graders at Village Tech High School are far from typical.

The students from the Cedar Hill charter school were challenged this past spring to think deeply about endangered animals for a semester-long project integrating many different school subjects with an end goal of a prototype interactive sculpture.

A partnership with the Dallas Zoo elevated the original challenge by giving the students the opportunity to talk with experts and possibly have their work displayed to the public.

“The Zoo gives the project credibility and an authentic audience,” said Justin Robinson, the director of the Forge, the school lab that brought these projects to life.

“We want every project to result in people taking action,” said Dallas Zoo director of Education, Marti Copeland. “[Their work] exceeded my expectations.”

Learn more about each project:

The hawksbill sea turtle and African elephant projects were selected by Zoo judges to be scaled up and adapted into public displays at the Children’s Aquarium and Dallas Zoo.

It’s onto the (now) tenth graders to press on with the projects. With the conceptual idea and prototypes created, they must solve more problems like how to scale up the sculptures, make them self-maintaining and safe for the public before eventually debuting the sculptures at the two venues.

Congratulations to the students at Village Tech. We can’t wait to see these larger-than-life projects with important message inside our Zoo and Aquarium gates!

Rescued loggerhead sea turtle, MJ, lives out her life at the Children’s Aquarium at Fair Park.

Did you know that oceans make up 71 percent of the Earth’s surface? Or that they’re home to nearly 250,000 known species – with as many as three times that number yet to be discovered and named? June 8 is designated as World Oceans Day, and to celebrate these awesome ecosystems, the Dallas Zoo and the Children’s Aquarium at Fair Park (our affiliate partner), are highlighting a few of our favorite aquatic animals.

MJ, our 200-pound loggerhead, was originally found in 2004 when she was one year old, stranded on the beach in South Padre Island, Texas. With injured fins, likely due to a shark bite, MJ was weak, dehydrated and weighed only one pound. Thanks to a concerned beachgoer, MJ was rescued and taken to Sea Turtle Inc., a rescue organization that nursed her back to health and graciously shared her with the Children’s Aquarium in 2013. However, MJ isn’t the only rescued sea turtle at the aquarium! Our hawksbill, another of the seven species of sea turtles, was entangled in a fishing net, causing his right flipper to be amputated. Due to their injuries, neither of our sea turtles were able to be released back into the wild. You can help protect their wild relatives by cleaning up litter on the beach and by avoiding plastic bags, which look like jellyfish to hungry turtles. And when it comes to fashion, never buy authentic tortoiseshell. Hawksbills are the species targeted for their beautiful shells, which has resulted in a significant decline in populations worldwide.

This close-up photo shows the beauty of a hawksbill’s shell.

Brown pelicans are the only species of pelican that ‘s strictly marine in habitat, never found more than 20 miles out to sea or inland on fresh water.

Clara, Abigail and Basil are our beautiful, rehabbed brown pelicans who were brought to the Zoo between 2012 and 2013 due to injuries preventing them from being re-released. This species was originally killed for its feathers, which were used for women’s hats and clothing. In 1903, President Theodore Roosevelt created Pelican Island as part of the establishment of the U.S. National Wildlife Refuge System – the first time the federal government set aside land for the protection of wildlife. However, the species nearly vanished from North America between the late 1950s and early 1970s due to two harmful pesticides. A ban on DDT and a reduction in Endrin helped the population steadily increase, and by 2009 it was removed from the national endangered species list.

The threats that impact brown pelicans today – and all other ocean life – are pollutants, litter, fishing lines/hooks and humans. Unfortunately, these pelicans are viewed by some as competitors for the fishing market, and as a result, are sometimes shot, including one of our own who sustained significant wing injuries. To keep the brown pelican species healthy, it’s important to keep our oceans clean and free of pollutants and pesticides, and of course harmful fishing gear.

To protect our amazing oceans and their inhabitants, do your part by leaving beaches better than you found them, never littering and always eating sustainable seafood.