At 2 years old, mandrill Obi continues to steal our hearts 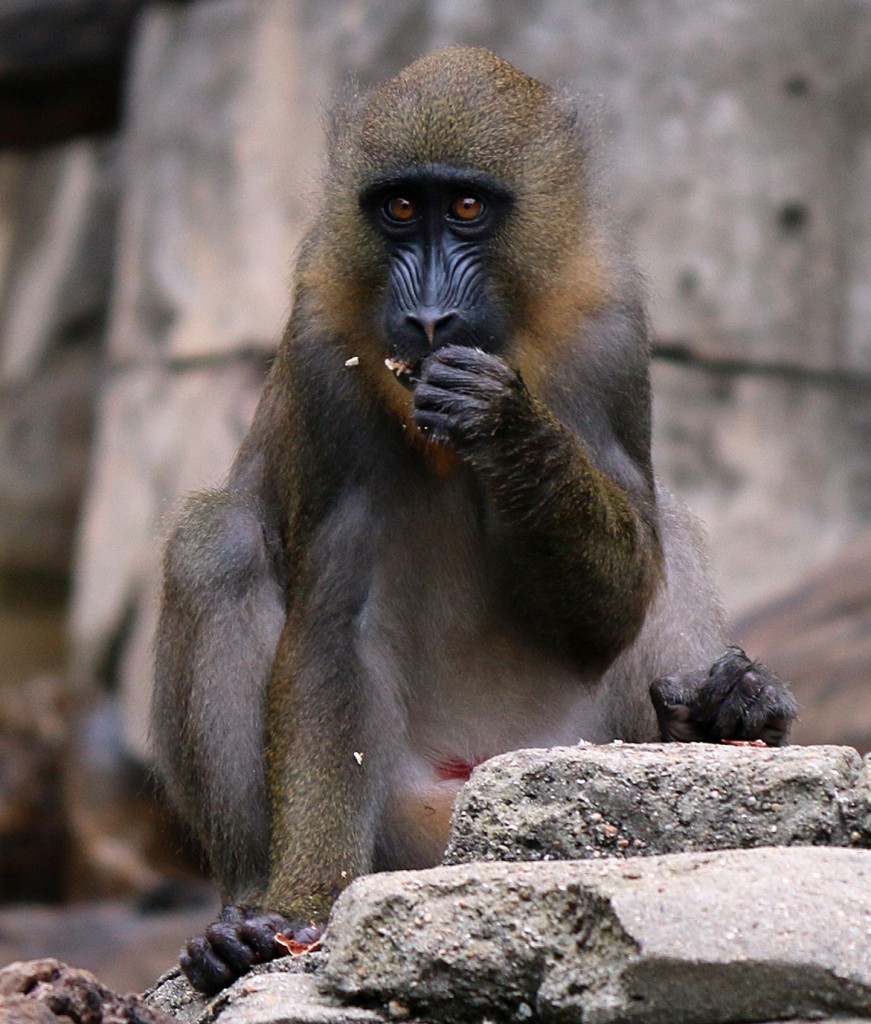 It’s hard to believe it’s already been two years since little mandrill Obi was born to first-time mom Saffron! Obi was the first mandrill baby at the Zoo in 24 years. From day one, the precocious baby clung to Saffron, taking in his new environment.

As soon as he was comfortable, he took wobbly steps, exploring his big new world. At first, the pink fuzzy monkey would stay very close to mom, with one hand always on her. But avid fans of Obi know he has no fear anymore. He runs, jumps and explores, having a ball all day long. 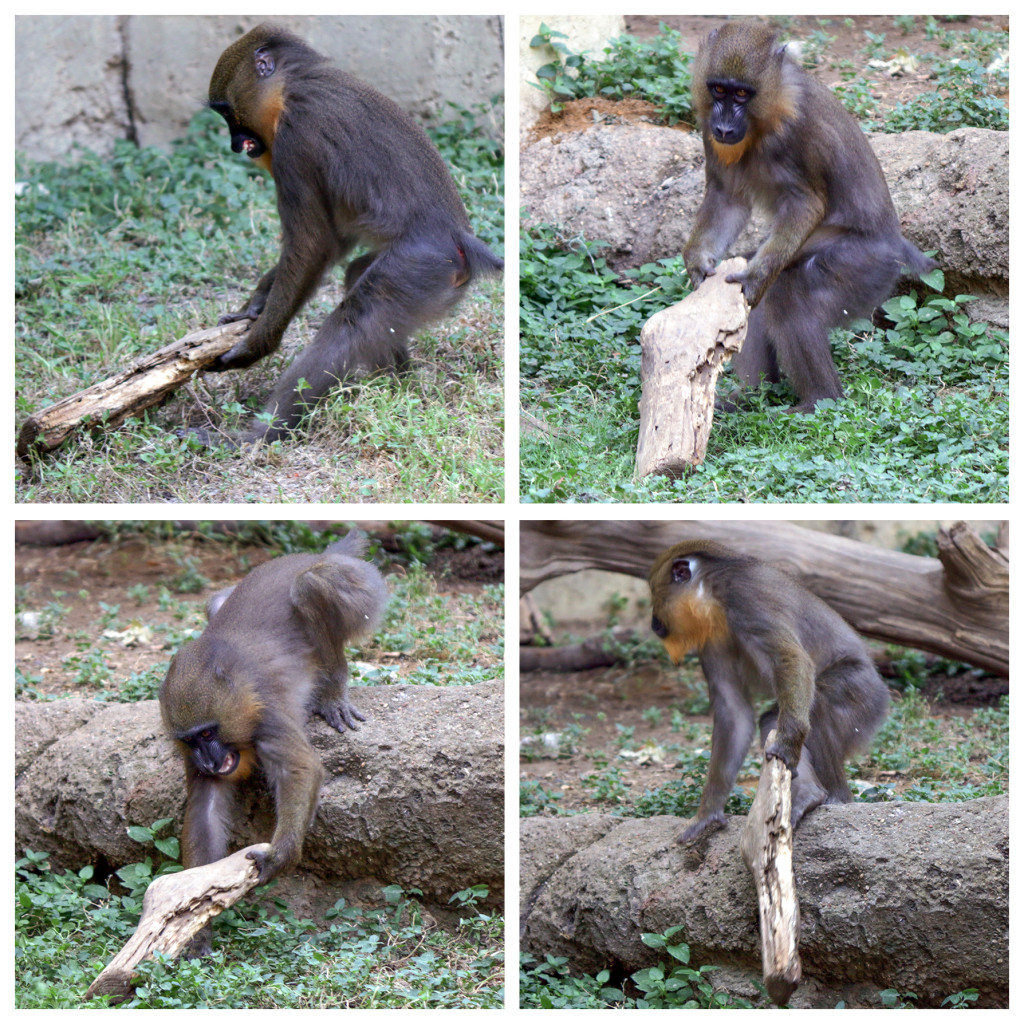 Obi with his trusty stick.

When Obi began exploring his exhibit, he found a stick that quickly became his favorite toy. That stick, nicknamed “Wilson” by keepers, has seen better days. After constantly being thrown about, “Wilson” ended up in the habitat’s water feature and has since been retired. Obi now has a bigger stick he plays with – you can often see him spinning it in circles and throwing it all around the exhibit. We thought this was a special quirk of Obi’s, but photos of other baby mandrills at zoos show them also playing with a favorite stick. (Here’s video proof of Obi’s obsession with his stick!)

Obi is still dependent on Saffron and will remain close to her until he’s 5 or 6. Mandrills don’t reach full maturity until about 9 years old. The largest species of monkey, Obi eventually will grow to about 60 pounds. 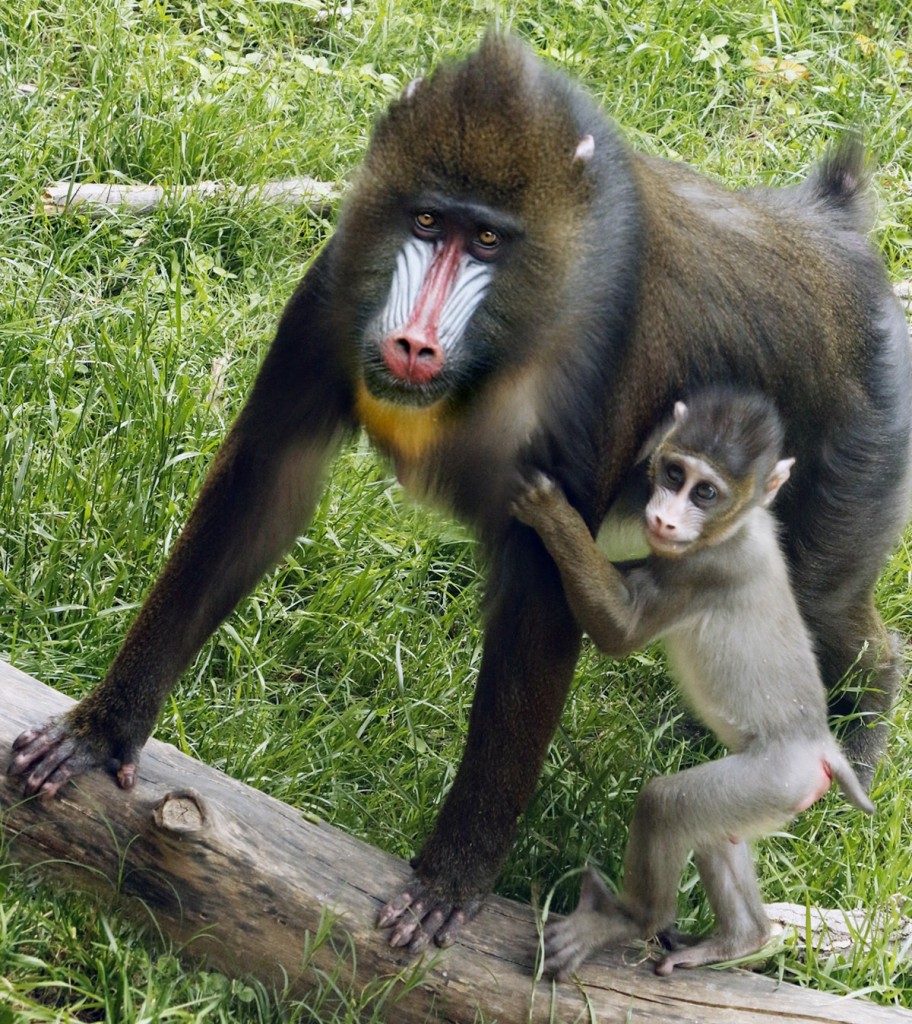 As a baby, Obi always remained close to Saffron.

His antics have earned him many admirers, and it’s easy to see why. When he takes a break from running around, he often sits in the window and interacts with visitors. He especially loves to look at small children, and loves bouncing off the glass, to onlookers’ delight. Come see Obi and mom Saffron in the mandrill habitat at the entrance of the Wilds of Africa.

(More from Annie Birdsong on Obi’s story: “A Mandrill Puzzle: How We Brought a Broken Troop Together”)

2 thoughts on “At 2 years old, mandrill Obi continues to steal our hearts”