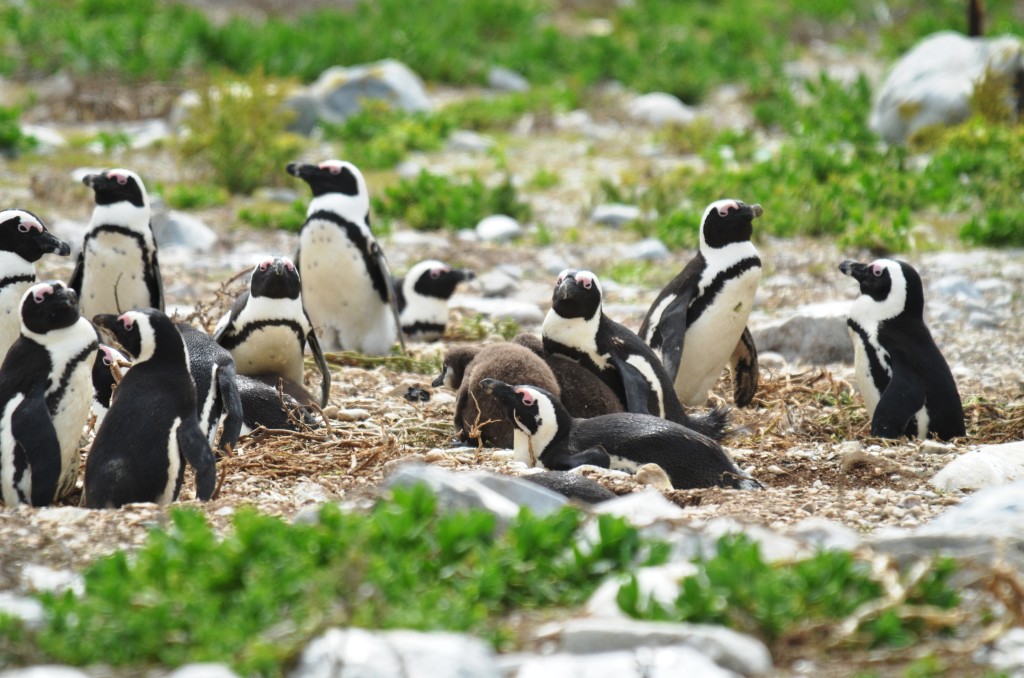 Over the past 100 years, the population of African penguins has declined from more than two million breeding pairs to slightly more than 20,000 breeding pairs left. This dramatic decline has resulted from many factors, unfortunately all of which are human-related.

I’ve recently returned from a workshop and time studying the various remaining colonies of African penguins in the Cape Town area of South Africa. Along with our VP of Education and Conservation, Dr. Patty McGill, I had the privilege of meeting the people who work in the field with these native penguins. For quite some time, I will continue to work with them to develop a crucial nesting plan to help the birds and begin their recovery.

In the first half of the 20th Century, egg collection from the breeding range decimated the hatch rates, with estimates of more than 1.5 million eggs per year being destroyed or collected for food and other uses.

Around this same time, it was found that guano (bird feces) had accumulated to a depth of many feet on the breeding islands. The guano served as a perfect substrate for the penguins to dig their nest burrows, but it also was a valuable crop fertilizer. So humans scraped the guano from the islands, leaving the birds with few options for nesting burrows. 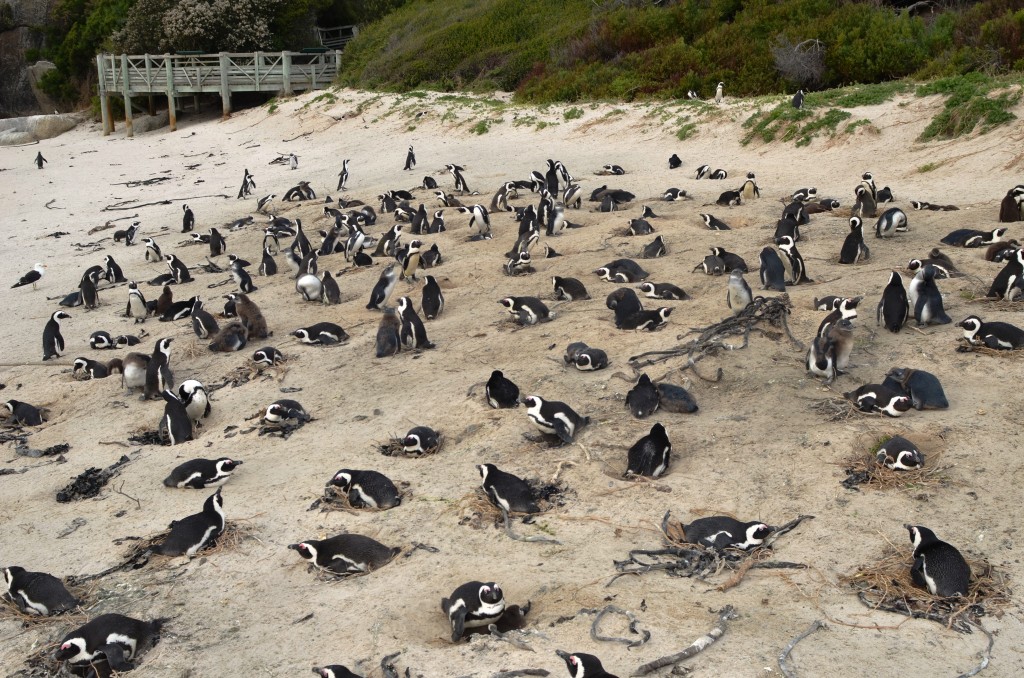 Penguins are now nesting in the open in some South African beach locations./Kevin Graham

These two events, in conjunction with catastrophic oil spills; and the impact of unrestricted commercial fishing; human encroachment into breeding ranges; and global climate change have compounded the challenges faced by the African penguin population.

Recently, organizations and colony managers in South Africa have tried to develop an artificial nest that African penguins could use to supplement the little remaining nesting habitat.

These attempts have seen limited success. In many cases, the penguins chose not to use the nesting structures, either due to overall design, excessive heat accumulation, ectoparasite buildup in the structure, and other potentially unknown factors.

In some locations, this has led penguins to nest on the surface, exposing their eggs and chicks to additional risks that weren’t as significant in the burrow nests. Predation from land mammals such as mongoose, aerial predators of eggs/chicks such as kelp gulls, and even pet and feral dogs pose dramatic risks to nesting penguins in exposed areas. 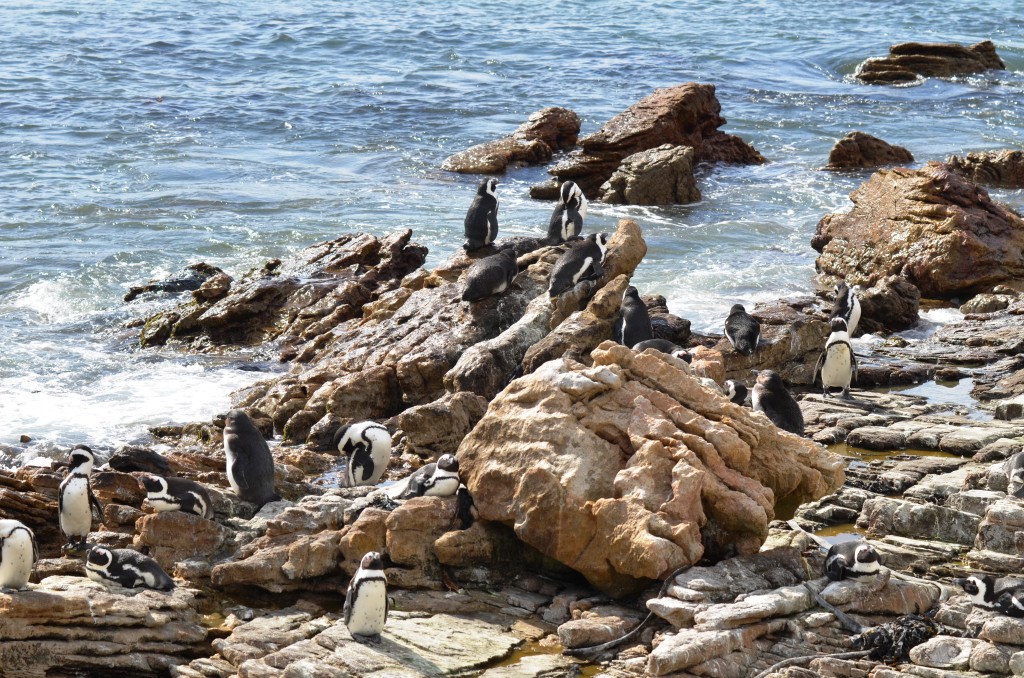 In addition, those exposed surface nests face the challenge of temperature extremes not found in the burrow nests, where temperatures are regulated by the surrounding substrate. This leads to a higher rate of nest abandonment when the climate is unsuitable for the adults to continue their nesting attempt.

Association of Zoos and Aquarium (AZA) member institutions, including the Dallas Zoo, have been strong partners in the protection and attempted recovery of African penguins for more than two decades. Recently, a new initiative to focus efforts was implemented: AZA’s Saving Animals From Extinction (SAFE) program.

I’m honored to have been given the opportunity to work with this program as the North American coordinator for the Artificial Nesting Project. I’ll be working collaboratively with organizations, researchers, and colony managers, all focused exclusively on creating a nesting system to help this highly endangered species recover.

While we can’t recreate the guano fields that disappeared more than 60 years ago, we will use our combined knowledge and skills in the zoological and research fields to develop a suitable option for the recovery of African penguins in South Africa and Namibia. I look forward to sharing these exciting options on ZooHoo! as they develop. (Visit our more than a dozen waddling, splashing and sunbathing African penguins at Zoo and discover the beauty of these remarkable birds we’re saving.)