There are fewer giraffes left in the wild than African elephants. Let that sink in. Today is World Giraffe Day, and the earth’s tallest and longest-necked animal is facing extinction, but we bet you didn’t know that.

Africa wouldn’t look the same without the iconic giraffe roaming the bush. With fewer than 80,000 giraffes left in the wild — a 40% drop in the past 15 years — seeing these remarkable animals in the wild may not be possible in years to come.

It’s a silent extinction that needs deafening attention. Here are 10 reasons why we refuse to let one of the animal kingdom’s most unique creatures disappear: 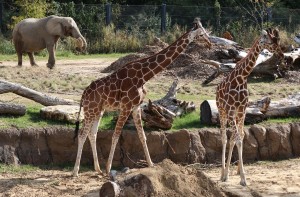 • Humans rarely hear them, but giraffes do indeed vocalize. If lucky enough, you can hear them grunting, lowing and bellowing. But most impressively, they vocalize in infrasonic frequencies that we can’t hear. Infrasonic communications carry over long distances.

• They drink water like no other. Since their necks are too short to reach the ground (go figure!), these leggy animals awkwardly splay their front legs, or kneel to allow their necks to reach below. True talent. (Image credit: Nicole Leonard) 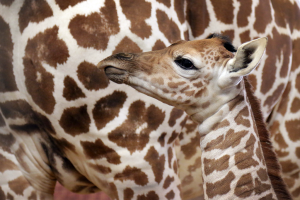 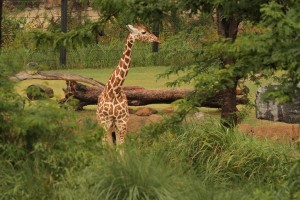 • Despite their distinctive and extraordinary necks, giraffes surprisingly have only seven neck vertebrae – the same number as humans. Each vertebrae is lengthy, measuring up to 10 inches long. 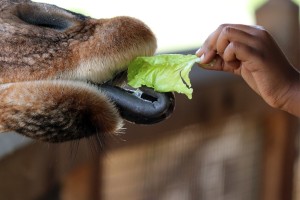 • Don’t judge a tongue by its color (said no mom ever). Giraffes’ funky tongues range from black to blue to purple. It’s believed that the dark coloration protects it from sun damage, since they spend the majority of their day eating with their tongues out. Their prehensile tongues can measure up to 20 inches long! 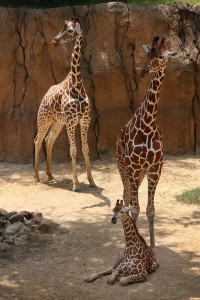 • Giraffe calves experience the longest drop to the ground than any other animal when born – about 6 feet! These babies are naturally wired to stand up within an hour of birth and begin running shortly after. (A running baby has a better chance of not being a predator’s dinner.) 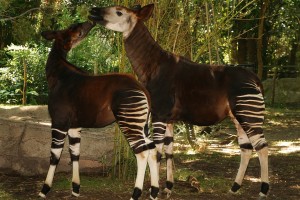 • The giraffe’s only living relative is the elusive okapi. Known as the “forest giraffe,” okapi are only found in the dense rainforests of the Congo. The two species are similar in body shape, although okapi have a much shorter neck. 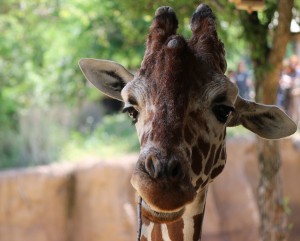 • Their eyes are about the size of golf balls. Mind blown. 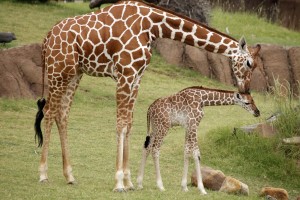 • Giraffes have super-sized hearts (because they care so much). But really, their hearts are two feet long and weigh up to 25 pounds – the largest of any land mammal. They have a highly specialized cardiovascular system due to their unusual shape. Their hearts can pump about 15 gallons of blood around its body every minute at a blood pressure twice that of an average human. (Source: GCF) 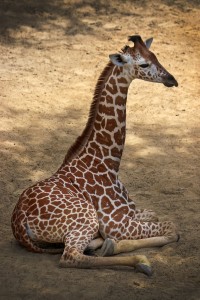 • Vertical sleeping beauties: Giraffes usually snooze while standing up. They occasionally drop to a vulnerable sitting position on the ground for quick naps. (You’ll often see our eight giraffes sitting down – it’s a sign they feel safe in our care.)

Our partners at the Giraffe Conservation Foundation (GCF) work tirelessly in the field every day to protect these majestic animals. We’re proud to help fund GCF’s efforts to monitor giraffes and remove snares in Murchison Falls National Park, Uganda, home to more than 90% of the wild population of the Rothschild’s giraffe.

Learn more about how we’re helping save giraffes with GCF, and please consider donating directly to GCF on this special day dedicated to one of the coolest animals.