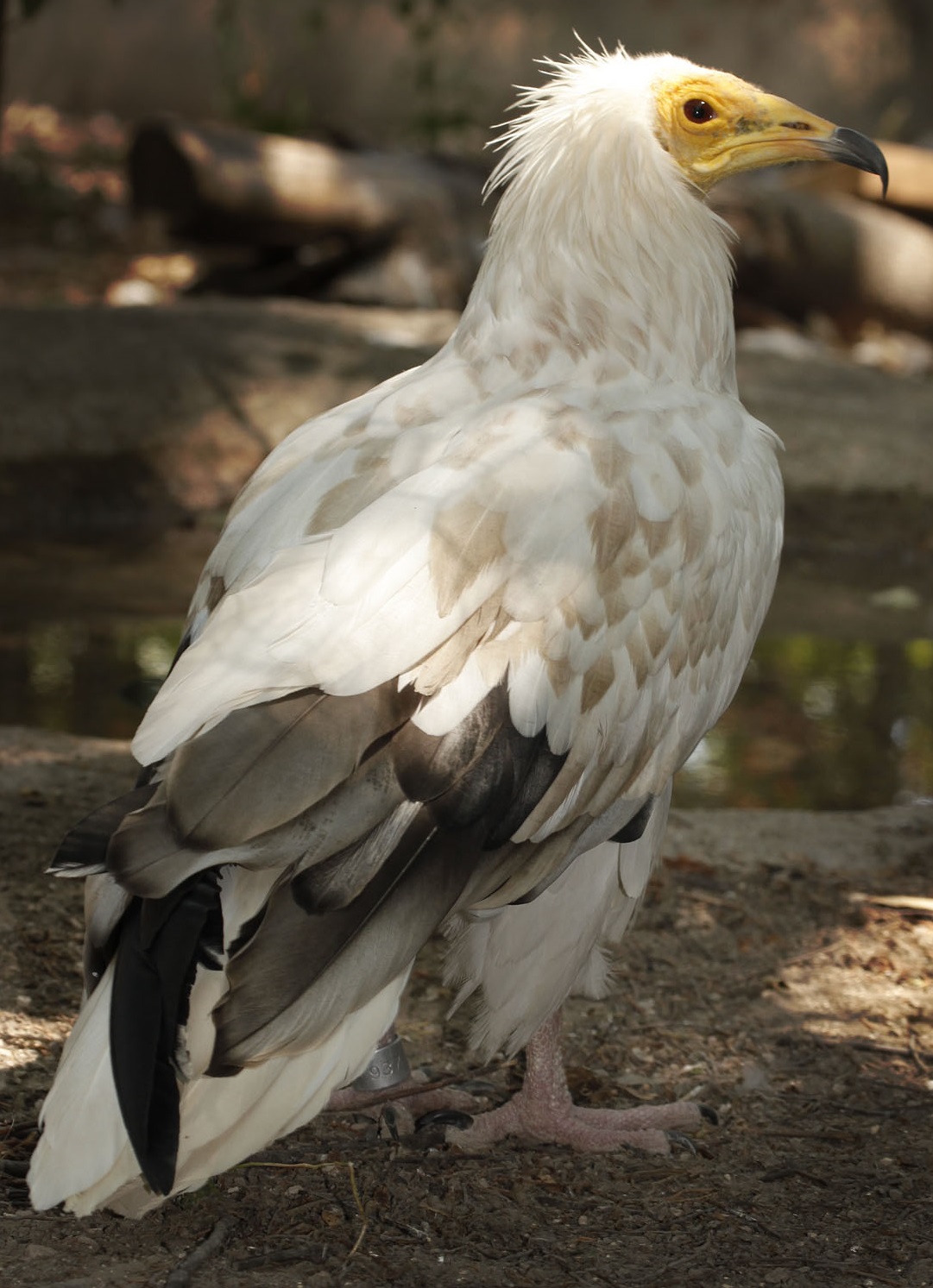 However, every once in a while, one member of our collection sticks out and becomes special to a lot of people. In honor of International Vulture Awareness Day on Sept. 3 (put it on your calendar!), and as a way to say bon voyage to one special bird, let me introduce you to Einstein.

Einstein is a 28-year-old Egyptian vulture who came to the Dallas Zoo in 1990. Egyptian vultures are striking birds with white body feathers, black flight feathers and a bare yellow face. With three subspecies, they range from South and Eastern Europe, India and Africa. They tend to be solitary birds or live as a pair; rarely are these birds found in groups.

For his keepers, what makes Einstein so great is his attitude. He is just… mellow. He doesn’t walk, he strolls. He isn’t intimidated by larger birds or with new items. Egyptian vultures are one of the few bird species that use tools. These birds will find rocks, of a particular size, and use the rocks to open up eggs.  The birds will use their bill to pick up the rock and throw it at the egg until they break it open to eat the yolk and egg white inside.

As a special treat, we occasionally give Einstein an unfertile ostrich egg, and he immediately shows off his tool-using skills. It is so impressive to watch him do this. (See my video below!)

It’s sad that these beautiful birds are now an endangered species. Their numbers are declining rapidly.  One of the main causes for their downfall, as for most vulture species, is by eating poisoned carcasses.

Many African farmers will deliberately poison livestock carcasses, intended to kill lions and other predators as retaliation after they’ve killed their livestock, but the vultures get to them first. Vultures also die from eating the poisoned carcasses poachers leave, so the birds aren’t able to circle the sky and potentially alert authorities of illegal activity. Vultures are also dying from electrocution by flying into powerlines, and increased human disturbance in their breeding areas.

I bet you’re asking: “Why are you saying goodbye to Einstein if he is so special and we need to breed more Egyptian vultures?” It is because Einstein is one of only three Egyptian vultures in U.S. zoos. In the best interest of his species, and for Einstein to produce chicks, he needs to go to Europe to find a mate. The Prague Zoo is one institution that is world-renowned for breeding Egyptian vultures. Hopefully Einstein will become part of this program and produce many chicks to help the survival of his species.

So please come visit Einstein before he leaves this fall and celebrate this wonderful group of birds: vultures! You can find Einstein in the saddle-billed stork exhibit on the Gorilla Trail near the monorail station.