Dallas Zoo’s Wild Earth Action Team returned to the Big Thicket National Preserve to plant longleaf pines with the National Park Service. Our team of 15 students and five adults helped reforest 300 acres of habitat for the endangered red-cockaded woodpecker. These students are Dallas Zoo youth volunteers from cities across our region, and they are passionate and committed to helping animals in every way they can. Many have already invested over 100 hours in wildlife conservation through service as Junior Zookeepers and Conservation Guides in the Lacerte Family Children’s Zoo. 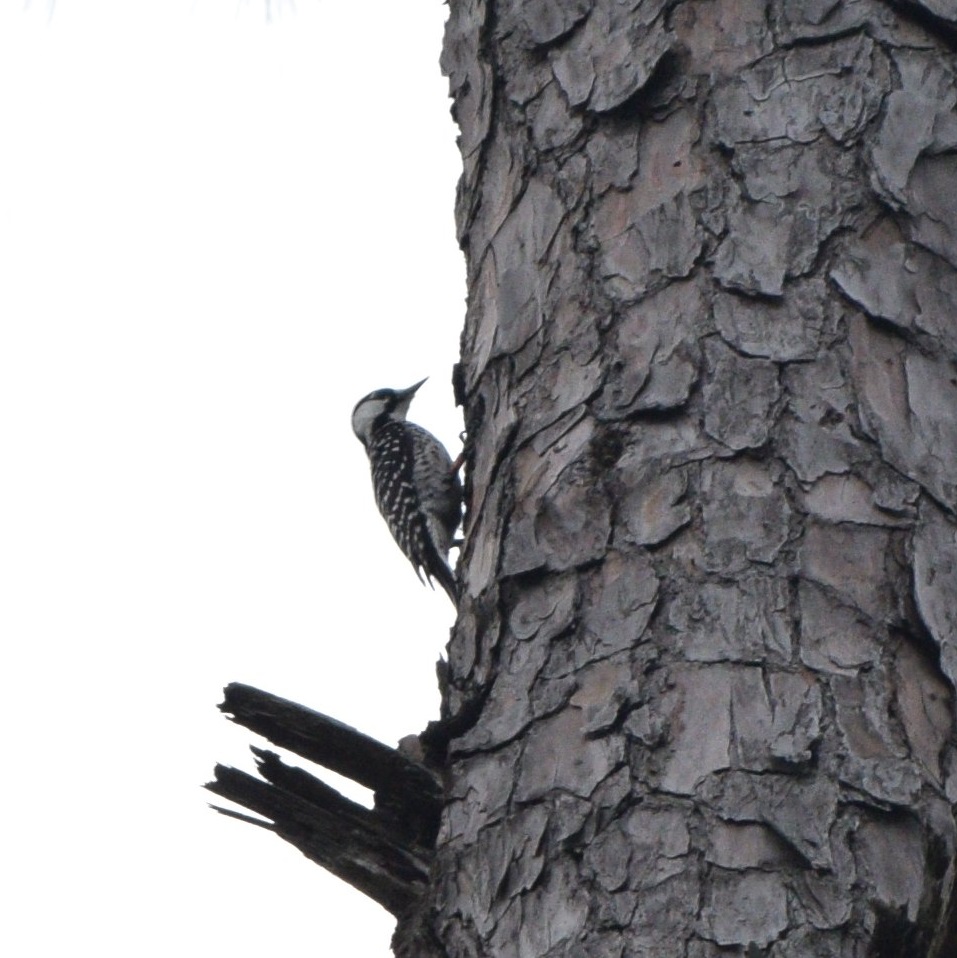 Photo of a red-cockaded woodpecker by Holly Dolezalik.

By restoring wildlife habitat, we are making conservation history with the hope of avoiding another woodpecker extinction. Red-cockaded woodpeckers were listed as endangered in 1970. Since 1988, they’ve been moved from threatened to vulnerable on the IUCN Red List, but there’s still plenty of work to do. No strategy to save animals is complete without a focus on habitat loss and the work to restore it.

The red-cockaded woodpecker is a small bird without brilliant plumage or spectacular display, but with a social system as complex as any North American animal, more like a primate than a bird. Like all woodpeckers, red-cockadeds are primary excavators creating cavities that form the foundation of the habitat web. This woodpecker creates shelter for more than 27 vertebrate species. 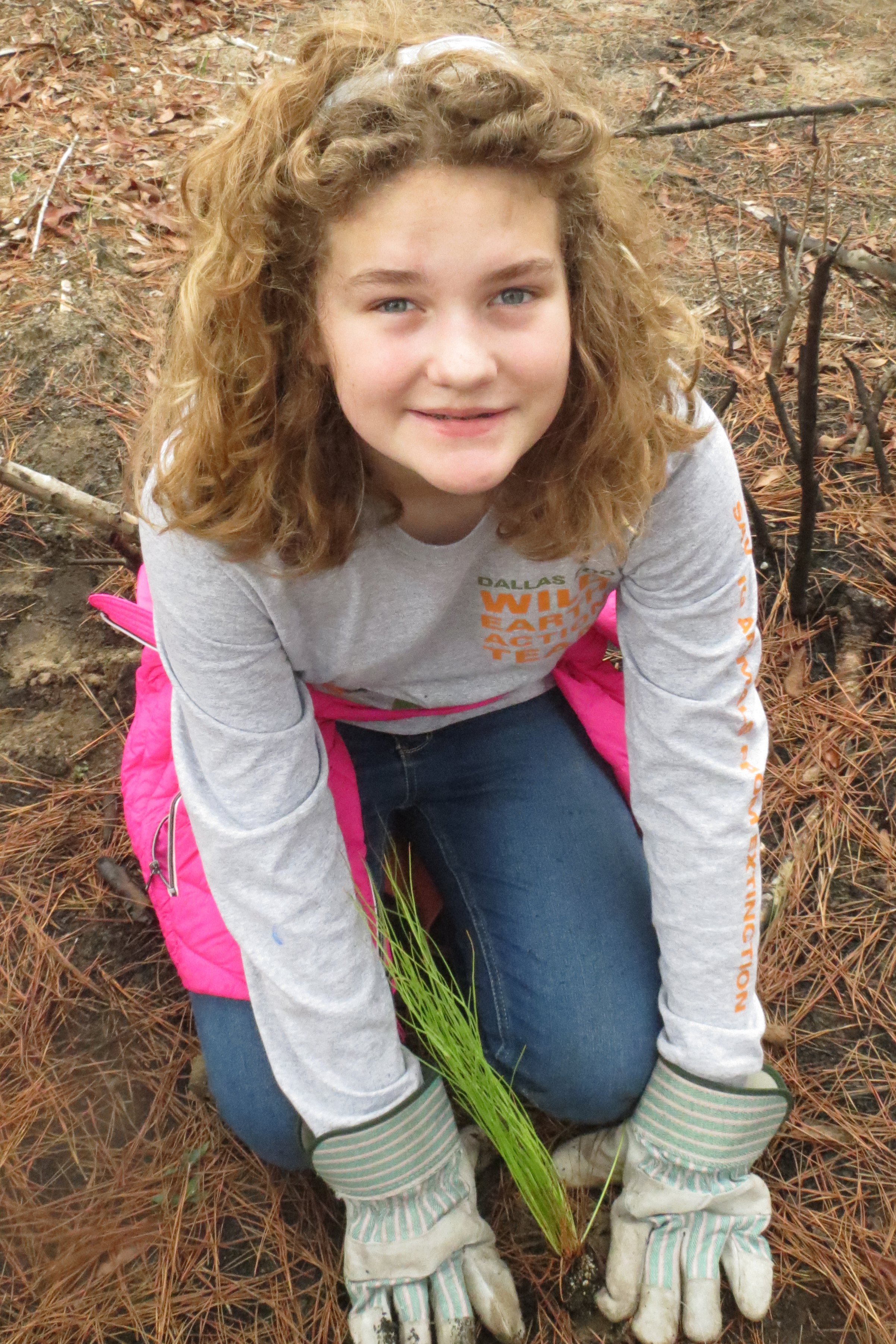 Volunteer Lily has vowed to return to the Big Thicket when she’s 93 years old to see the trees’ growth.

These birds primarily rely on old-growth, longleaf pines for shelter, nesting, and food. This means that even though we’re working hard to get these trees planted, it could be up to 80 years down the road before they’re move-in ready for these birds. Wildlife conservation is long-term investment and demonstrated faith in the future! Our 13-year-old volunteer Lilly Zimmermann promised she’d return when she’s 93 to admire our planting work and remember our trip fondly.

Over 90 million acres of longleaf pine forest once stretched across the American south, but they’re pretty rare today. Beginning in 1940, vast areas of public and private land were converted to short-rotation forestry and now less than 10,000 acres of old-growth, longleaf pine remain. Restoring habitat is the most important action we can take to create a better world for this animal.

At the Dallas Zoo, we care deeply for animals and we know our members, guests, and volunteers do, too. Every forest protected, every waterway restored, every endangered species saved begins with us. Every action counts. Thanks for supporting us in all we do to create a better world for animals.

Join us on our next Wild Earth Action Team expedition on March 3 – 5 for a once in a lifetime opportunity at Aransas National Wildlife Refuge and the Texas State Aquarium in Corpus Christi. It’ll be a weekend filled with conservation action, and saving whooping cranes.