With heavy hearts, we announce that 15-year-old red river hog Hank passed away due to T-cell lymphoma. Hank was loved by our animal care staff and guests alike, and will be greatly missed. 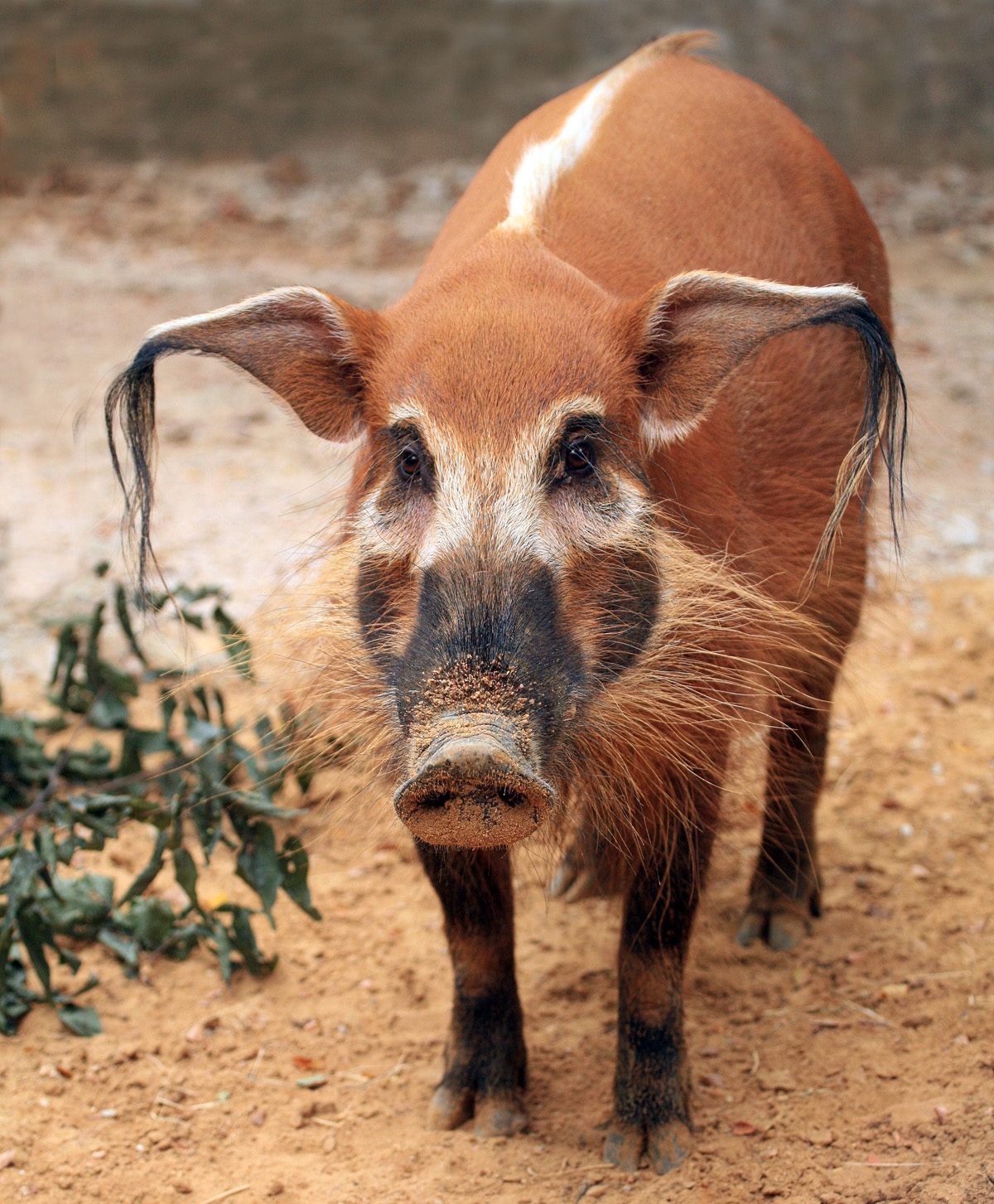 Hank was loved by many, and will be missed.

In January of 2017, routine bloodwork showed that Hank’s white blood cell count was extremely elevated. After further testing, he was diagnosed with T-cell lymphoma – a type of cancer that begins in immune system cells and affects the lymph nodes. Hank was moved to a special area behind the scenes where he could be more comfortable during his oral chemotherapy treatment.

Chemotherapy can cause some negative side effects, but Hank thankfully displayed none and continued to be a happy and active hog during his nearly two years of treatment. He even enjoyed going out into the exhibit with his friend, Zena, at least once a week for a few hours, before returning to his enclosure behind the scenes for an afternoon nap.

Our dedicated animal care staff worked very closely with Hank during his illness. In addition to his treatment, keepers saw to it that he had plenty of enrichment and training activities to encourage his natural behaviors and keep him mentally stimulated. Mulberry logs were his favorite. Keepers say that he would spend hours chewing all of the bark off of them. Animal care staff members spend a lot of their day behind the scenes, so Hank received lots of love and attention. He particularly enjoyed getting belly scratches, which keepers were always happy to give.

Since Hank was with us for 8 years (he came to us from San Diego Zoo), many of our keepers got to care for and love him. Here are some of their fondest memories:

“I worked with Hank at my last zoo. Every time he heard a tractor come by, he would run and vocalize with excitement. And, when approached would immediately lay down for scratches. He greeted me with that same excitement, every single time!“ – Tanya B.

“If you just lightly touched his belly while he was standing, Hank would tip over like a tree falling and lay there waiting for belly rubs. I also loved to push his pine shavings into a giant pile and watch him bury himself completely in them when he went to bed. “– Jessi V.

“Hank used to run laps around his habitat. When he finally completed the behavior you’d see him sprint around the corner to the ‘finish line’ with his ear tassels just flying in the wind. In that moment, he seemed like the happiest hog on earth.” –Christina E.