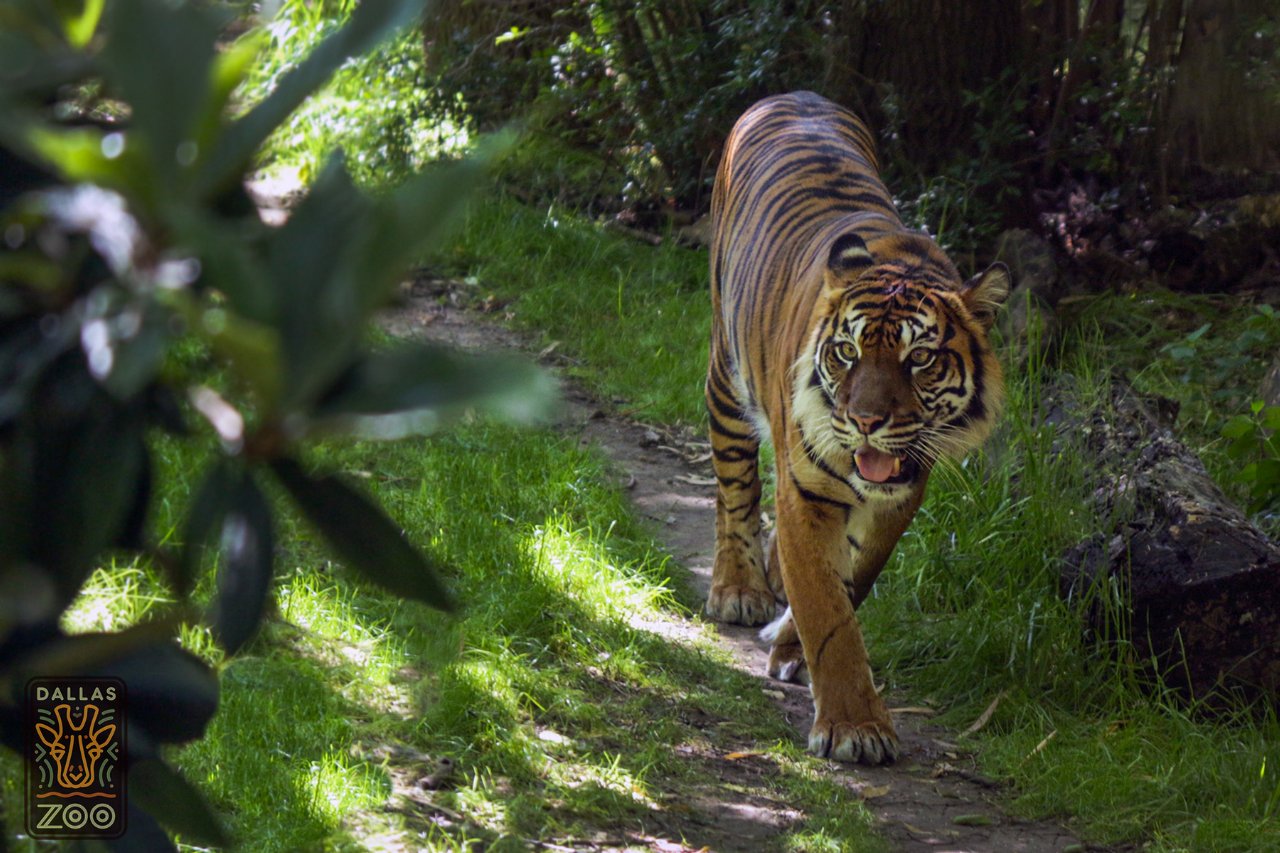 For the last few years, around Halloween and Easter, we’ve updated you on candy companies committed to using certified sustainable palm oil (see our latest flyer below!). Palm oil is obtained from the fruit of the African and South American oil palm tree. Today, it’s found in about half the products sold in grocery stores, everything from cookies to toothpaste. The production of palm oil has ravaged habitats across the globe, especially in countries like Indonesia and Malaysia. To create plantations to grow more palm trees, essential rainforest habitat is destroyed, leaving animals like orangutans and tigers without homes.

Thanks to efforts from concerned consumers and organized groups, such as the Rainforest Action Network (RAN) and the Roundtable on Sustainable Palm Oil (RSPO), companies are changing their ways and beginning to use sustainably harvested palm oil. What does it mean when a company uses sustainable palm oil? The company is harvesting its palm oil from plantations that are certified by the RSPO. According to RSPO, “One of the most important RSPO criteria states no primary forests, or areas which contain significant concentrations of biodiversity (e.g. endangered species) or fragile ecosystems, or areas which are fundamental to meeting basic or traditional cultural needs of local communities (high conservation value areas), can be cleared.”

Here are a few tips to help you when shopping:

We realize there are many issues to think about when shopping, but buying products with sustainable palm oil is a good place to start. As a conservation organization, the plight of rainforests and their inhabitants is critically important to us, and educating our guests is one way we work towards our mission of conserving wildlife and inspiring a passion for nature. We encourage you to do your research and educate your friends and family, too, on sustainable palm oil!

(Learn more about how you can be a part of Dallas Zoo’s Green Team.)

Below is a list of treats made with certified sustainable palm oil that help protect the homes of rainforest wildlife. 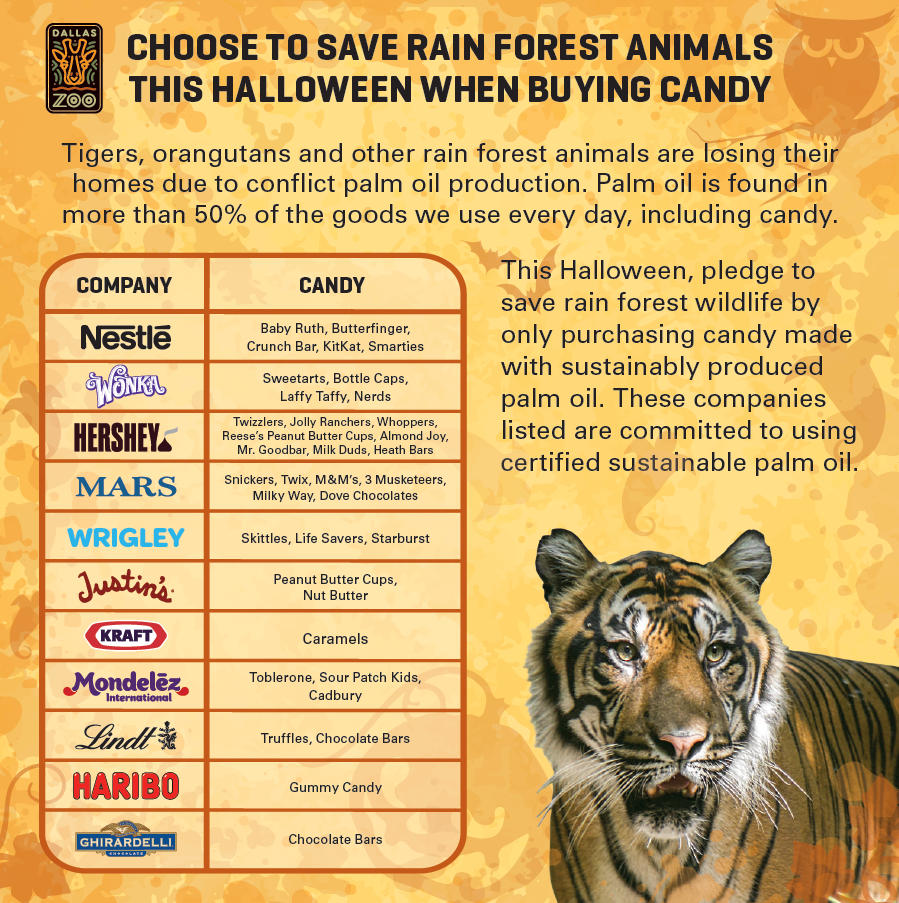 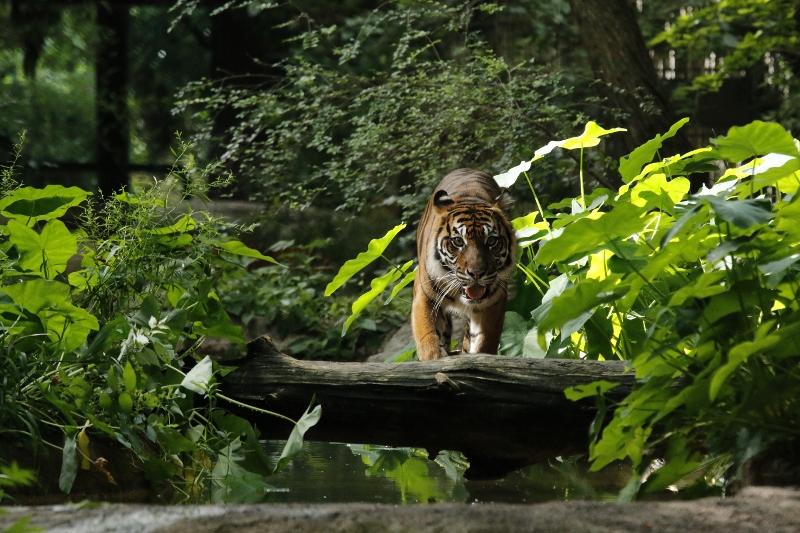 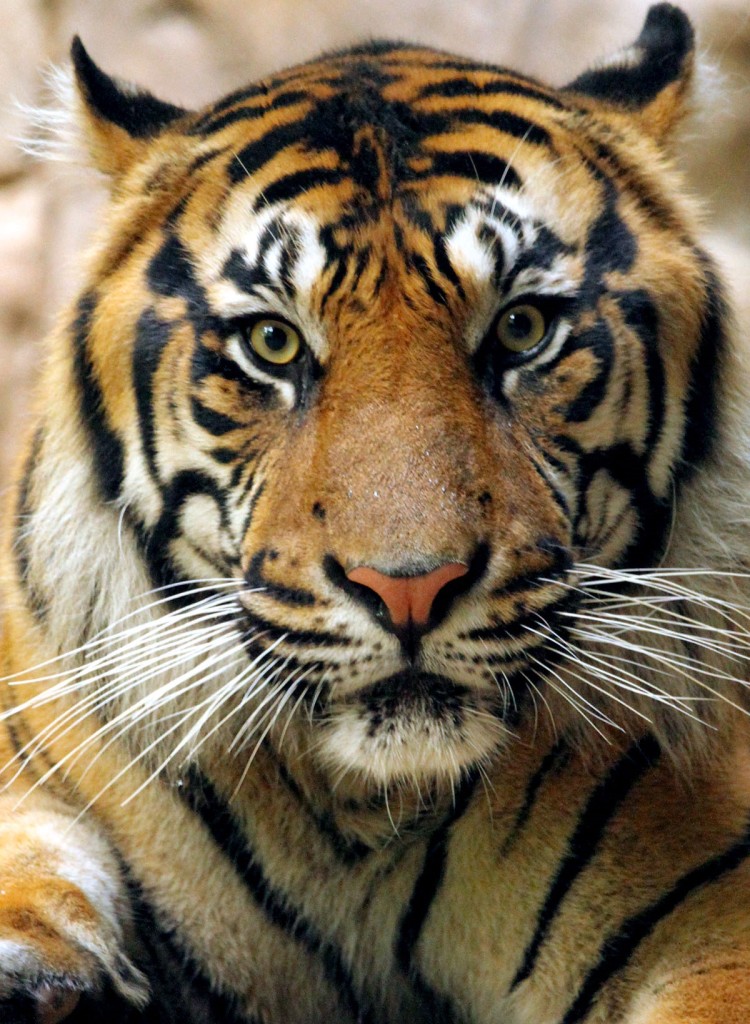 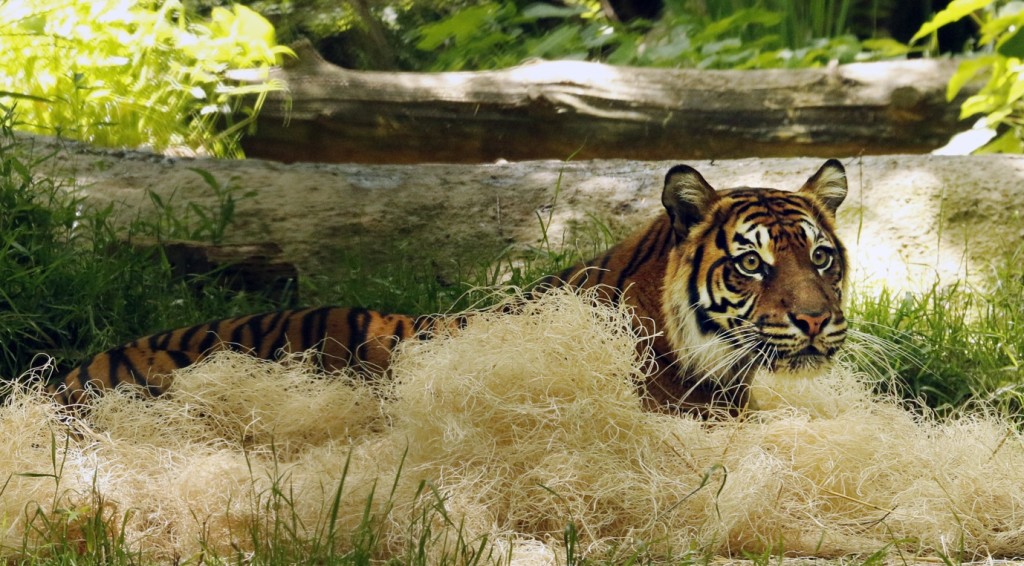 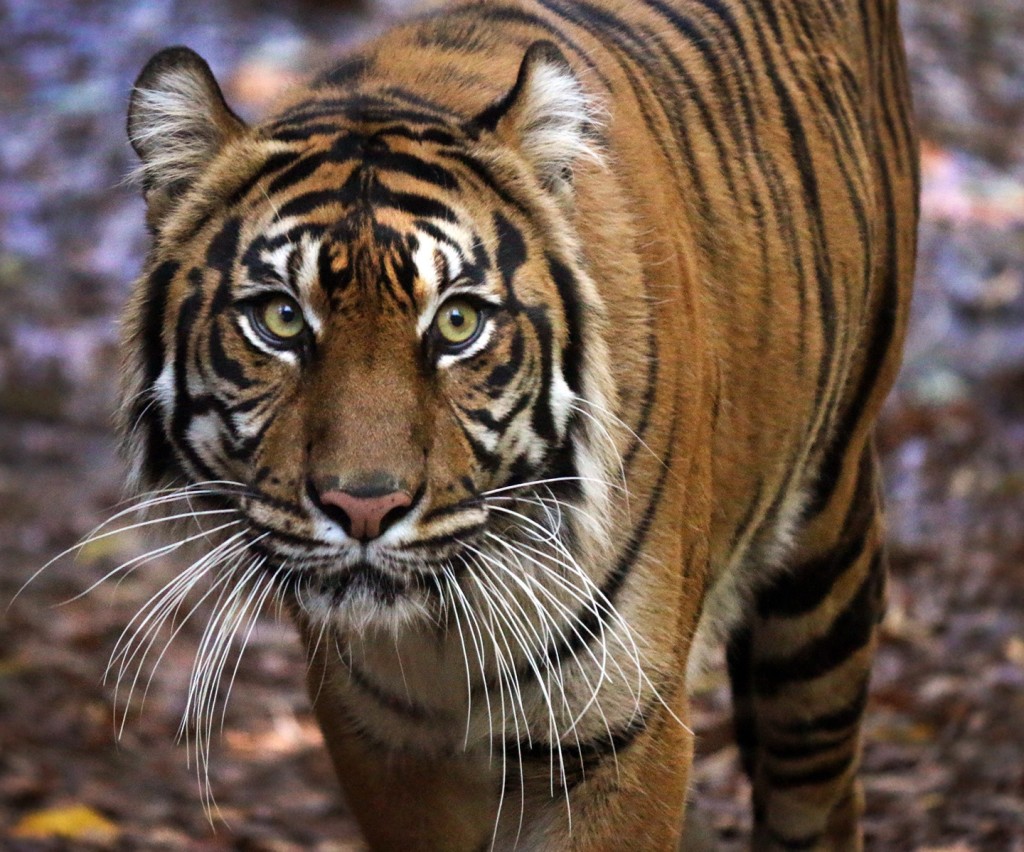 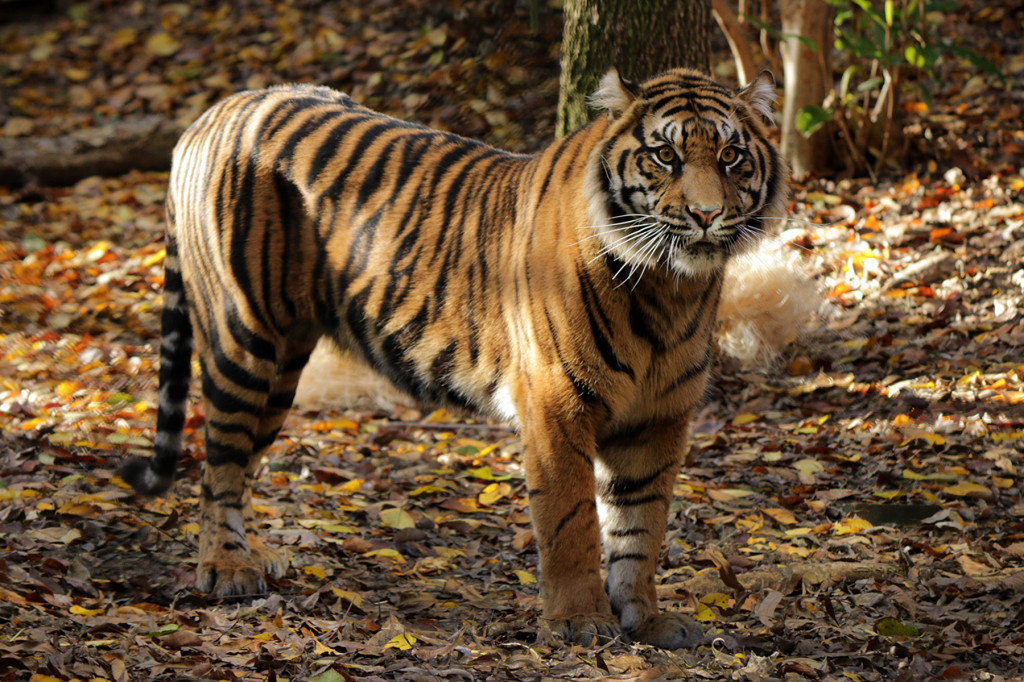 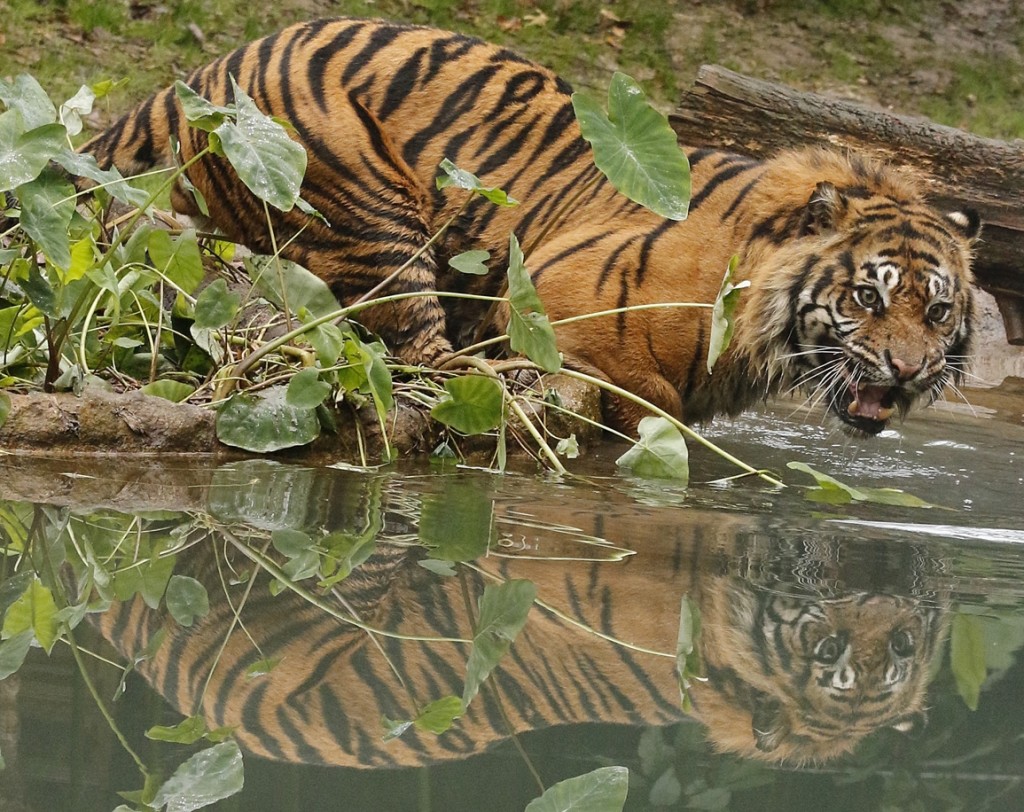 Forget the flannel, cable-knit sweaters, and scarves – no one knows fall style better than the animal kingdom. We’re laying down some fall fashion with 10 animals who make this season look better than ever.

1. African crowned cranes rock autumn’s trendiest hairdo like fall royalty. They sport a golden crown of feathers atop their head, distinguishing them from other cranes. Their red neck wattle adds a nice splash of color, too. 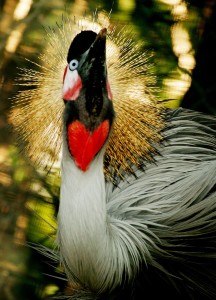 2. A creature that resembles a large, ripe tomato deserves a major autumn accolade. Tomato frogs are brightly colored to warn predators that they’re not good to eat – but we think they’re juicily good-looking. 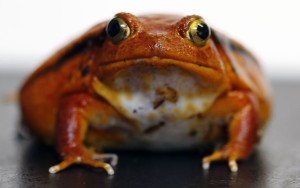 3. Giraffes’ spotted coats prove nature has a sense of style. Within all nine giraffe subspecies, each individual’s markings are as unique as our fingerprints. The reticulated giraffe subspecies, which you’ll find at our Zoo, sports a dark coat with a beautiful web of fine white lines. 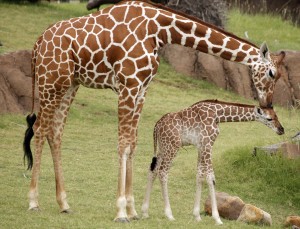 4. Because no other animal can model a bed of fall leaves as adorably as our African pygmy hedgehog. These tiny guys use their coat of spines to escape predators – they’ll curl up into a tight ball and their spines will raise, forming a protective barrier. 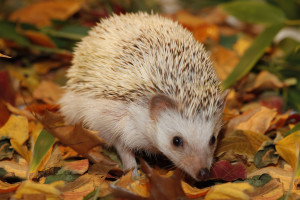 5. African red river hogs got it goin’ on. From their striking coloration and prominent tassels on their ears, to the hairy white Mohawk running along their spine, these hogs wear fall like no other. 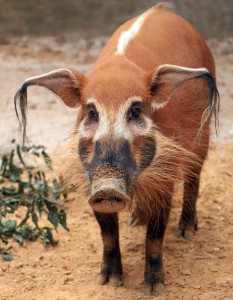 6. Yellow and black has never looked so good. Amiright? Tiger salamanders’ colors and markings vary throughout their wide North American range, but their most common marking resembles the striped pattern of their big cat namesake. 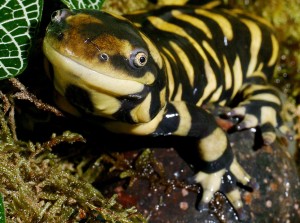 7. Golden lion tamarins rock nature’s fieriest coat. These small monkeys get their name from their vibrant reddish-orange fur and the long hair round their face that forms a perfect mane. 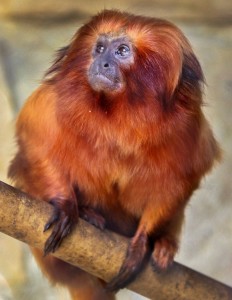 8. The chestnut-breasted malkoha manages to flaunt every fall color flawlessly. Males and females have near identical plumage, and wear those red eye patches like bosses. 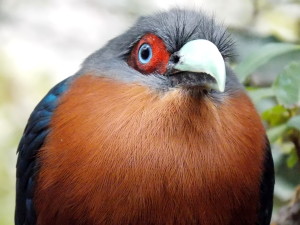 9. Tigers totally own fall. Their symbolic stripes act as camouflage in high grasses or dense forests. Sumatran tigers, like our boy Kipling, have the darkest orange coat of any tiger subspecies. 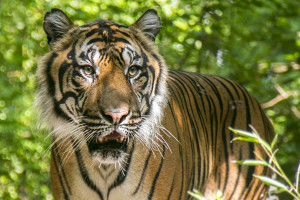 10. Thanks to our fall-loving chimps, playing in foliage has never looked so good. 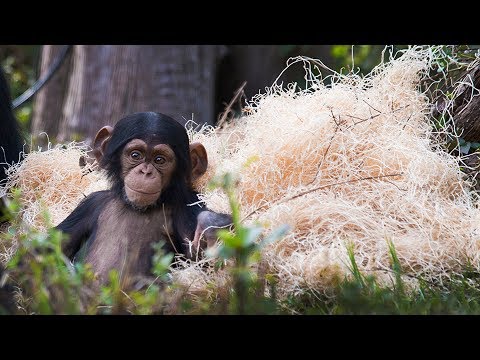 Save rainforest animals this Halloween 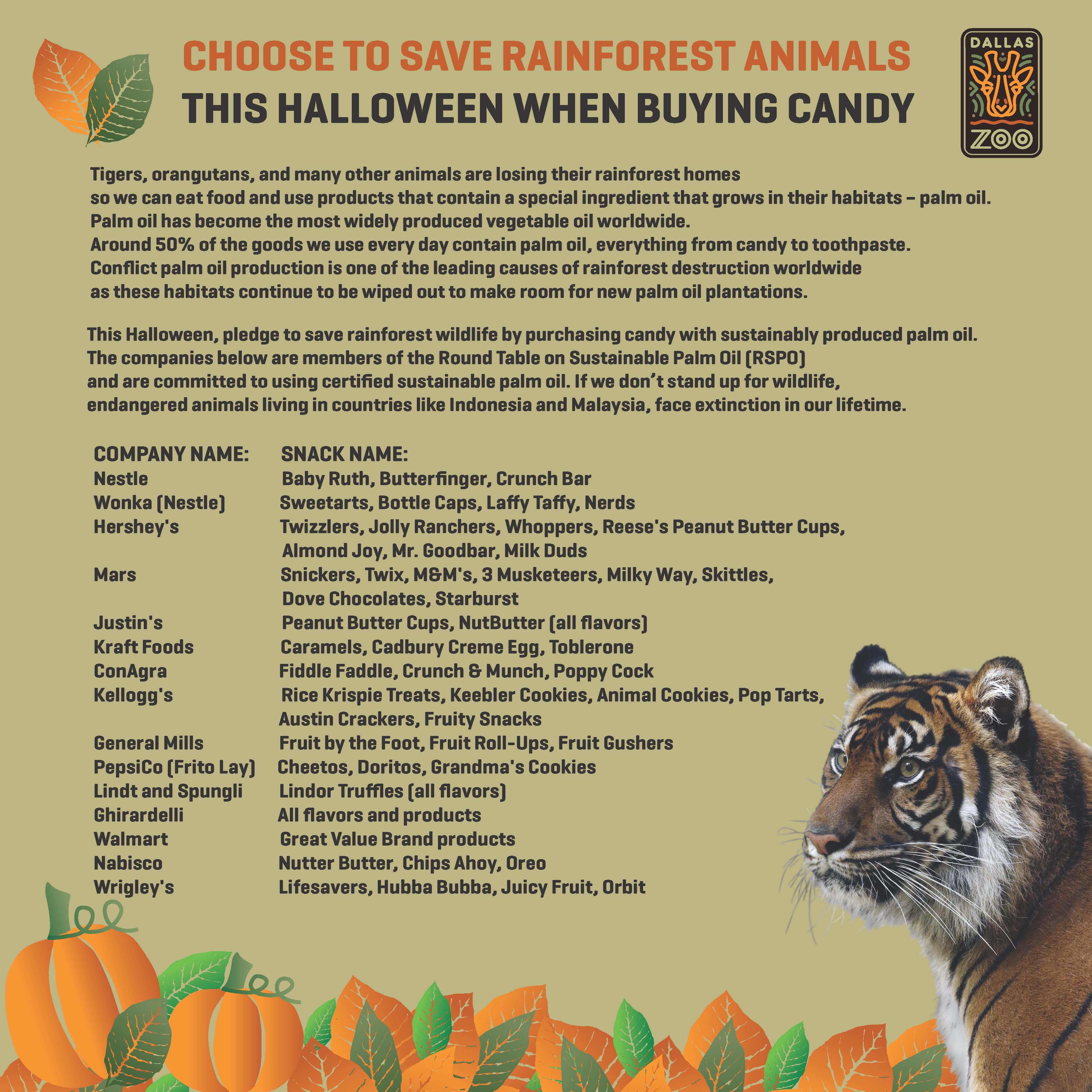 Deforestation is so last season

Stacy Lupori is a tiger, otter and primate keeper at the Dallas Zoo. She’s also an Action Team Leader for the Rainforest Action Network, where she helps coordinate campaigns to save Earth’s forests and the animals who call them home.

Did you know that some of the most popular clothing brands we wear use fabrics made from tree pulp? It’s an incredibly toxic process that’s destroying forests across the world and leaving the endangered animals that live there homeless.

As a zookeeper who cares for animals that are directly affected by this forest destruction, like Sumatran tigers, Bolivian gray titi monkeys and cotton-top tamarins, I feel it’s my obligation to ensure the survival of their wild counterparts.

The forests these fabrics come from include Indonesia (Borneo and Sumatra), Colombia, Brazil and even Canada. The trees are being clear-cut, processed into pulp, and used to create fabrics that are made into clothing by some of the world’s most popular brands. The incredibly harmful process known as dissolving pulp, creates a fluffy white material that gets spun into threads and woven into cloth.

This holiday season, the Rainforest Action Network (RAN) is asking consumers to consider not shopping at the stores dubbed as RAN’s “Fashion Fifteen.” These companies are at the forefront of deforestation for clothing. Through consumer pressure, our goal is to have these companies commit to remove forest destruction from their supply chains.

Zookeepers are critical educational and conservational messengers, acting as a voice for the animals they care for. Our animals are ambassadors for their species and they need help from those who want to protect the wild that’s left. Let’s save the remaining forests we have and the animals who live there by pledging to shop deforestation-free. For more information and to see the list of the “Fashion Fifteen,” click HERE.