The National Geographic Photo Ark is an ambitious project committed to documenting species living in the world’s zoos and other protected areas — inspiring people not just to care, but also to help protect these animals for future generations. The compelling and visually powerful project aims to photograph species before it is too late.

In addition to creating a wildlife archival record for generations to come, this project is a hopeful platform for conservation and shines a light on individuals and organizations working to preserve species around the world. Sartore has photographed dozens of animals at the Dallas Zoo, from spitting cobras to brilliant birds and Somali wild asses. Last fall, he taught a sold-out seminar to share tips on shooting wildlife with amateur photographers at the zoo.

The Dallas Zoo’s National Geographic Photo Ark exhibition will highlight 80 of Sartore’s most compelling images and provide visitors with the unique opportunity to come face to face with some of the most endangered animals on earth. As one of the 129-year-old park’s continuing efforts to give back to the community, the special exhibition will be free with zoo admission, so guests pay no additional charge. 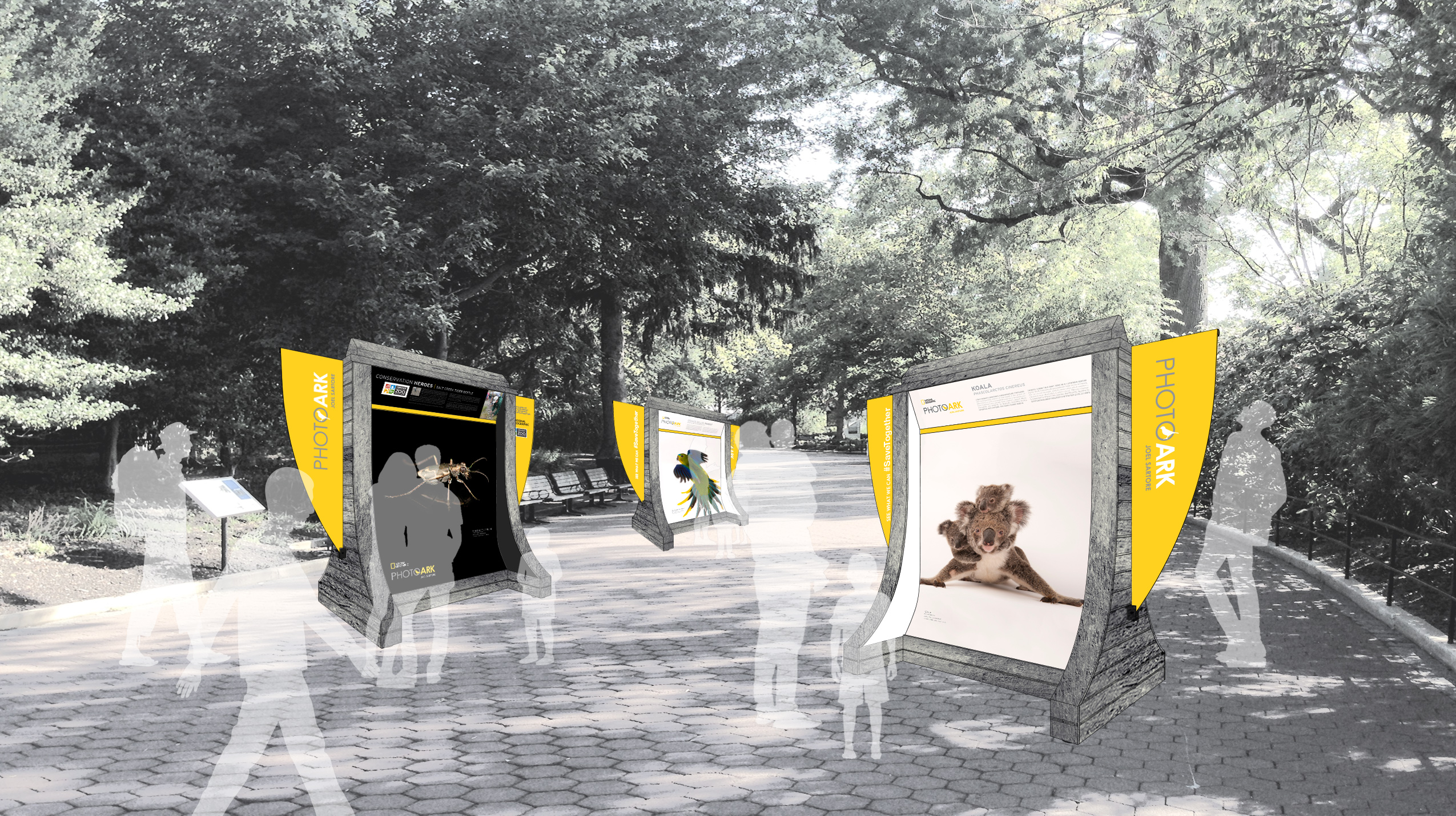 Artistic rendering of the outdoor Photo Ark display kiosks for zoos. Each structure is 8 feet tall./Rendering by National Geographic Museum

The exhibition will include 28 double-sided, larger-than-life kiosks standing 8 feet tall, featuring 56 of Sartore’s iconic photographs of animals in a “hero”-type image on a stark black or white background. His unique shooting style creates beautiful, yet poignant, images that subtly bring home the dangers faced by these species.

In addition, the Dallas Zoo has turned its well-known Giants of the Savanna tunnel into a permanent striking artistic showcase featuring 24 of Sartore’s iconic images. One side of the tunnel has been painted black and the other white, both offering a massive canvas for giant photographs, such as a brightly colored, 7-foot-tall double-eyed fig parrot; a massive flock of monarch butterflies frozen in flight; and a giant panda up-close in all its beauty.

Sartore has worked in more than 250 zoos, aquariums and animal rescue centers around the world, and many of the images featured were taken at the Dallas Zoo. Visitors will learn about the project, its mission and its conservation efforts by the Dallas Zoo, and the exhibition also will engage audiences of all ages through free educational materials and activities.

Sartore estimates the completed National Geographic Photo Ark will include portraits of more than 12,000 species, including birds, fish, mammals, reptiles, amphibians and invertebrates. In what will be the largest single archive of studio-quality photographs of biodiversity ever, the National Geographic Photo Ark continues to move toward its goal of documenting these animals, thanks in part to Sartore’s enduring relationships with many of the world’s zoos and aquariums. The iconic portraits have captured the imagination of people around the world 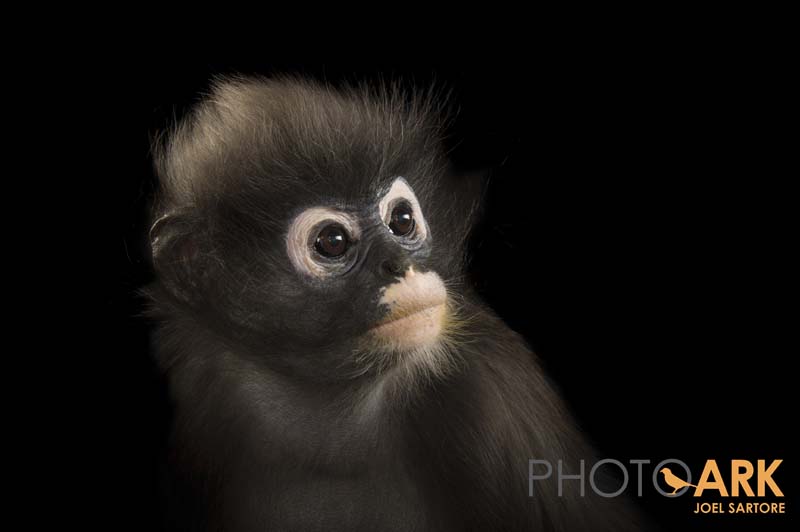 and have even been projected on the Empire State Building in New York and St. Peter’s Basilica in Rome.
“The National Geographic Photo Ark has already inspired millions around the world with the message that it is not too late to save some of the world’s most endangered species,” said Kathryn Keane, vice president of Exhibitions, National Geographic Society. “Joel Sartore has demonstrated what one man can do using the power of photography—and now National Geographic wants to inspire people all over the country to contribute to this global challenge.”

“This visually stunning project really highlights the weight of what we are in danger of losing, and reinforces the important role zoos play in saving these incredible animals,” said Gregg Hudson, president and CEO of the Dallas Zoo. “We’ve welcomed Joel into our habitats and barns for years, and his work never fails to amaze.”

A documentary series on Sartore’s work, RARE – Creatures of the Photo Ark, will also premiere on PBS in July. Learn more at NatGeoPhotoArk.org and join the conversation on social media with #SaveTogether.