It’s been another banner breeding season for the bird department and I’m here to share some of our successes! Each species has their own specific breeding season timeframes, so to truly say we’re done is not accurate. As I compose this, there are still more than two dozen eggs in incubators and nests. So while we’re not quite done yet, things are slowing down. We have a great team that works hard throughout the year and they’re the reason we are as successful as we are.  Here are just a few of the highlights:

Flamingos: Some of my favorites! We kicked off 2016 with another productive season with our lesser flamingo flock welcoming four chicks. More recently, we had an addition to our Caribbean flamingo flock in late June. Hopefully everyone caught the little cutie on social media! 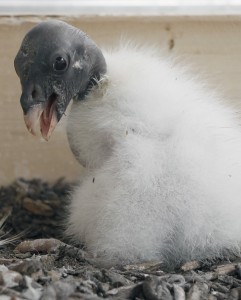 King vulture: We hatched this little one at the end of April. He/she has not left the nest yet but you might be able to catch a glimpse of this now large white fluff-ball peering out from the nest box in ZooNorth’s Wings of Wonder. 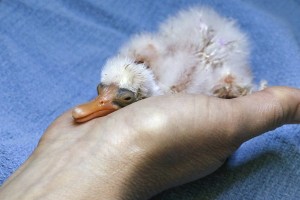 African spoonbills: A record year for Dallas Zoo! We welcomed eight chicks – the most we’ve ever hatched. The breeding flock surprised us this season after they fledged their first five chicks. Normally once they’ve reared, they haven’t wanted to nest again. But we spotted the birds exhibiting nesting behaviors, so we encouraged them and three additional chicks hatched! This is unprecedented. Great observation skills by our keepers made this our best year yet. Although the main flock is off exhibit, you can see African spoonbills in our lesser flamingo habitat in the Wilds of Africa. 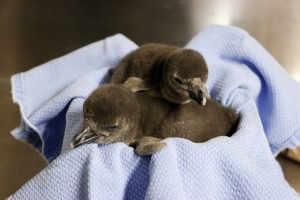 African penguin: Another one you may have caught on social media! Resident breeders Tazo and Tulip raised two chicks this season. Our two boys are doing well and have joined the rest of the flock on exhibit in Penguin Cove. 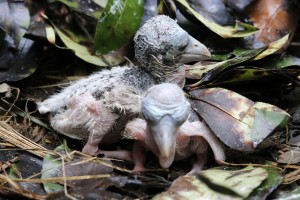 Marabou stork: Dallas Zoo is making huge contributions to this zoological population. With 15 birds, we hold the largest population of this species in the North American region and bred three chicks this year, more than anyone else! Our management strategy and daily efforts with the birds paid off—one additional female that has never bred before raised a chick, and a second female that hadn’t bred laid two clutches of eggs. Though her eggs were not fertile, we have high hopes in the coming years! Look for these birds on the Wilds of Africa Adventure Safari. 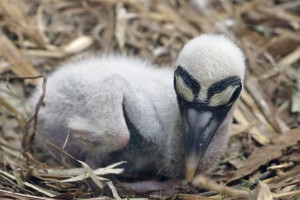 Yellow-billed stork: Dallas Zoo continues to play an important role with this species as well. This group is currently off exhibit, but we’re working on getting some on exhibit for everyone to enjoy. The group has produced two chicks this season. The interesting fact about this year is that they’re still not done! Like the spoonbills, the pairs, after rearing their chicks, are nesting again and this is unprecedented behavior for our group. The success of this bonus nesting period isn’t seen as we have eggs incubating and other pairs back nest building. Though we won’t know if the eggs are viable yet, it is a success in itself that the birds are still wanting to nest this late in the year. 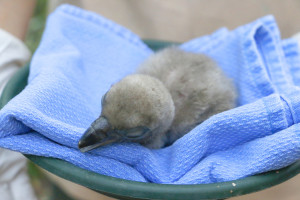 White-backed vulture: Facebook goers should know about this one, too! Our little boy is not so little anymore. He hasn’t left the nest yet, but he’s working on figuring out his wings. Like his older sister in 2015, he is the only one of his species bred this year in North America. This important little guy brings the current U.S. population to 12 and for this critically endangered species, a successful breeding program may be crucial to aid their wild counterparts. We are very proud and honored to have received special recognition earlier this year from the AZA Avian Scientific Advisory Group for our achievement with this species. He can be spotted with his parents in the Wilds of Africa aviary across from the Simmon’s Hippo Outpost area currently under development.

As you can see, we’ve had quite the year so far, and these are just the highlights. We bred quite a few other species in cooperation with SSP recommendations and other facilities that were not even mentioned above but we’d be here all day! We’re looking forward to a short break (shorter than usual!) before this fall when we’ll be starting it all back up again. More updates to come!